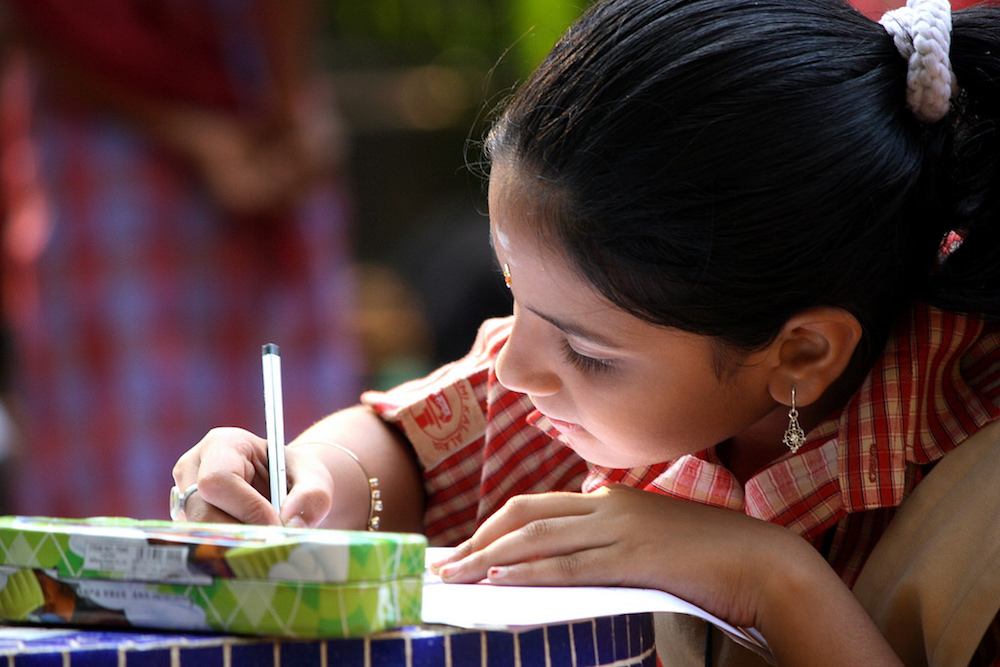 The Auto Driver Was Trusted By My Grandparents. Only Now, As An Adult, I Realise Why

Their grandma was extra careful of their safety, yet she sent them with the auto driver. It was only as an adult that the author realises why he was a trusted adult.

Granny was scared to send my sister and me anywhere alone during our school years; as we were under her care, she was doubly careful. Our school was hardly a kilometre and half from our house, but she was dead against us walking as she was paranoid about someone harming or kidnapping her grandchildren on the way.

Even if we were just 10 minutes late coming home from school, I remember her sitting outside in a plastic chair, nervously tapping her fingers and rolling her eyes, ready to ask a few questions as to what happened.

We used to go to school in an auto rickshaw. Not the more modern diesel-engined ones that we see on the roads today, but the old variety with that funny bulb horn above the outside rear view mirror, the ones with that loud tuktuk noise to announce they have arrived. The steering had some fancy black fringes hanging from its ends, with an extra wooden seat opposite to the main seat to accommodate more kids. School bags, and sometimes even children, would be hanging from all sides possible, making you wonder if all of the neighbourhood kids were stuffed into that poor auto rickshaw.

Priya, my polished sister, always used to sit in the back, and had smaller kids sit on her lap in order to free up some extra space on the sides. Having to keep your head, hands, and legs twisted throughout the short ride (thankfully!) ensured that the children in the back couldn’t see anything except each other’s bent limbs.

Complaints and protests from the back seat were common; “You stamped my feet“, “Move to that side “, “I don’t have space” and so on. But I really don’t know, because I had never sat in the back of my school auto. Never. And that is thanks to Manojettan (Ettan is the Malayali’s way of addressing someone as an elder brother), the auto driver.

Manojettan was a very nice person, friendly, and trusted by my grandparents. He would rarely get angry at us, except when we didn’t turn up on time, as it would set off a domino effect in picking up other kids, eventually leading to delays and missed drop-off schedules.

At our scheduled pick-up time at 8.30 in the morning, my sister would be dressed and ready to go while I would still be nibbling at my breakfast, as if I had a really narrow throat. Grandma would be rolling her eyes and eyeing me through her spectacles, pleading me to eat faster. The morning drama usually ended with grandma sending me off to school with a light pinch, thanks to Manojettan’s incessant honking outside the gates and my screams for not wanting to eat the food. Manojettan played an important role in my daily plan to skip breakfast and he would complain “Juju, can’t you be on time for at least one day? There are other kids as well“. I would just look at him and smile innocently.

In the mornings, whichever kid was enjoying the auto rickshaw’s front seat till my house would be sent to the back, as it was now my turn to be co-driver. When I was really small, Manojettan used to let me stand in front of the steering, pretending to drive the contraption, but as I grew bigger, it became difficult for him to see ahead. My place went to a smaller kid, but as I was adamant about sitting in the front, Manojettan allowed me to sit on his left. I used to feel like a queen, but maybe I just loved it for no reason at all. Unlike the back seaters, I could see everything, feel the nippy morning wind in my hair and even wave to school mates who were walking briskly to reach the school.

I remember how Manojettan used to swing his shoulders while making turns, how he used to twist the throttle to increase speed, how he used to pull the lever for starting the motor. There were so many advantages to sitting in the front. I used to bombard him with questions all the time; how do you start it, how do you increase the speed, where is the oil filled, can I press the horn and many more. And he never asked me to be quiet, instead clearing all my doubts and telling me everything there was to know about his pride and joy. At times, when there was no traffic, he even used to allow me to hold the handlebar and turn a bit.

Trust me, it was the most wonderful feeling ever. During the monsoons, it was even more thrilling with the little three-wheeler making its way through our infamous potholes and splashing water all over the sides. Manojettan would tell me, “Juju, roll down the cover on your side or we’re all going to get wet. And hold the string tight!” I used to get wet from head to toe, and I loved it.

The thrill rides lasted till I reached seventh standard, when my mom decided that we needed to be independent young ladies, and bought us a pair of bicycles. She somehow convinced grandma that it was time to say goodbye to the daily tuk-tuk rides and Manojettan. After that, I used to meet him occasionally, picking up other kids from the school. At times, I used to talk to him or maybe just a friendly wave, and he would wave back.

Nowadays, with so many child abuse cases being reported in the media, it is indeed a frightening scenario for parents (and any sane individual for that matter) to discover what our society has come down to. It comes as no surprise that we are deeply concerned and want to extract the last bit of detail about people we intend to hire as drivers, gardeners and servants, but sometimes we tend to generalize blue collar workers, forgetting that family and friends can also possibly pose a similar threat.

When I look back at the time I spent with Manojettan, I think sometimes, he could have taken advantage of my innocence if he wanted to. But he never did. Instead, he was just a person who loved to share the joy of riding an auto with a small kid.

Paranoid Mom Vs. Protective Mom: I’m Striking My Own Balance