This personal and witty conversation between Kangana Ranaut and Naseeruddin Shah shows us why they are indeed powerful change makers in Bollywood. 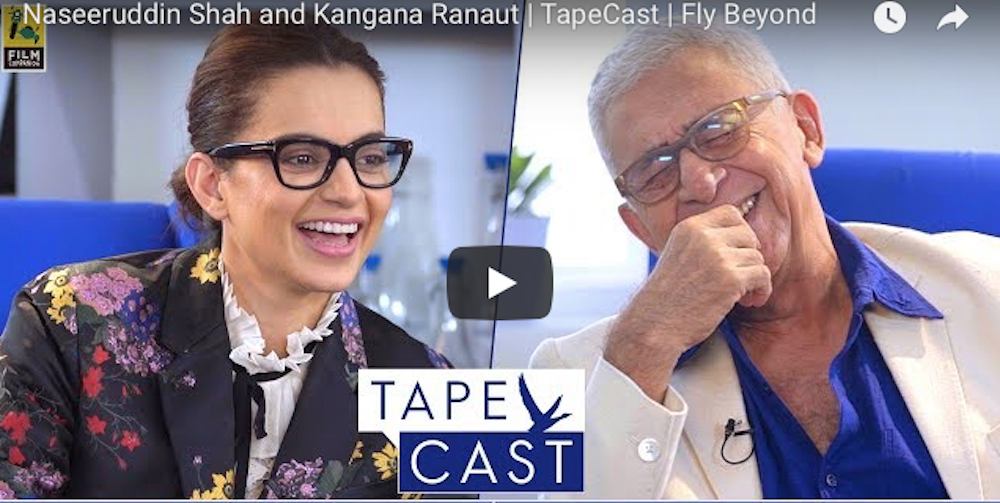 This personal and witty conversation between Kangana Ranaut and Naseeruddin Shah shows us why they are indeed powerful change makers in Bollywood.

Naseeruddin Shah and Kangana Ranaut are two amazing actors, and outspoken people who refuse to fit into the usual hero/heroine persona of Bollywood.  In a video by Film Companion, see what happens when the both of them meet and have a heart-to-heart about the industry, their lives and a lot more.

Both these actors are precious gems of the Bollywood industry, who refused to be tied down by its norms and still made it big there, without any connections.

Both of them discuss their views about the Hindi film industry, pointing out the flaws and trying to contribute to its growth by doing what they’re doing. Among the key issues they discussed were how stalking has been a common feature of Hindi films since the time of Shammi Kapoor et al, but little has changed, and women are still shown as objects to be ‘chased down’. They also spoke about how Bollywood portrays toxic masculinity along with good virtues and it depends on the masses as to what they take away from films.

This honest approach and willingness to make Bollywood a better place is something that we need desperately, especially if we wish to see it do better.  The role of actors and directors and producers and writers and all the hundreds of people involved is very important to make the industry reach its true potential.

Rarely does anything give me hope for Bollywood, but this video might just be one of them.