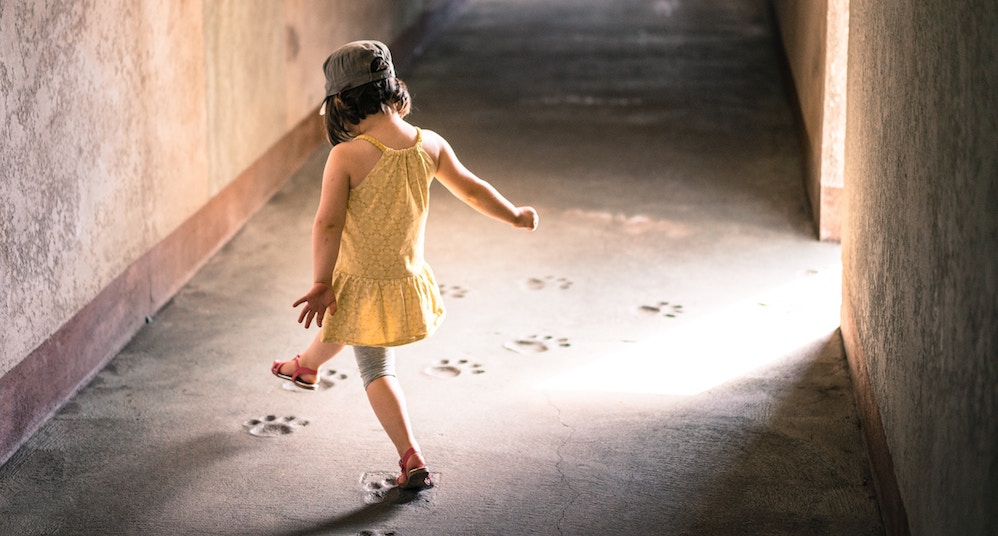 Paranoid Mom Vs. Protective Mom: I’m Striking My Own Balance

Do you fear that in being a protective mom, you are becoming a paranoid mom? An honest take on creating your own rules, cos no rules work for everybody!

Very recently, I had a flashback to a moment a few years ago. My sister who resides in New Delhi was telling me about the new travel arrangements she had made for her young boys, my nephews. They were to be dropped to school by car. The pre-motherhood, judgmental, opinionated and over confident version of me had sneered and responded, “What is wrong with you? Why are you spoiling your children with this life of privileges? They need to be tough and rough it out in buses.”

Cut back to the present day and I’m filled with contrition. About why I never even asked for her reasons. It is very easy for people to judge and it comes with bucket loads of entitlement, especially while doling it out to the parental community. The people who are always on the edge, caught in a nebulous world of decisions and priorities which might impact their child’s present and future. I was guilty as well.

My father was a senior government servant and naturally, this service entailed a lot of moving around the country, bringing with it a host of changing environments, people, places. But we were brought up on a steady diet of self-reliance, an environment where we felt adequately protected in the world that our parents had created for us. Despite so much change and of course beyond the usual safety scan all parents deploy with respect to their children’s lives, our parents did not feel the need to constantly be looking over our shoulders, watching over our every interaction, spending sleepless nights w.r.t our safety. Alas, how times have changed.

When I became a mother, my life changed. What I did not know was that slowly but surely, my worldview would change as well. I had always wanted my parenting style to evolve into a reflection and extention of the moderate one adopted by my parents. Where right and wrong mattered, where grounding and roots were important, where respect and self-respect trumped every other consideration and where normalcy and walking the path of moderation were key highlights. But is that even possible in today’s world?

With no one being spared from 2 month old babies to 70 year old grandmothers. Where sexual predators gain easy access to little tots from inside homes and outside, even in schools and on the roads. Would everyone rather be crowned ‘The cool mother’ or bear the stigma of paranoia just for the safety of her child?

It’s ok to be scared.

Let’s be very clear. Being scared or concerned for the safety of your child comes with the territory. Till the child is under your watch, everything’s great. But once playschool starts, your little person is ready to step out into the big bad world. For some working mothers who return to work earlier and opt for Montessori’s or crèches or leave their child under a maid’s watch, the fear comes knocking even sooner. For we all know that even with the most detailed set of instructions, once your back is turned, the child is in someone else’s care. Fear is a very important driver because it brings caution on its heels. Your fear will make you take all the adequate precautions and it is justified so long as it doesn’t over power you. As in every sphere in life, fear must be allowed in moderation as well, otherwise it will definitely infuse paranoia into the environment, not just for you but others at home and even into your child.

Every environment comes with its own challenges.

I was living in my ivory tower till a few incidents pushed me out of complacency and put me on guard. I had once walked down with my daughter, to the ATM behind my building. As I waited my turn, the over enthusiastic security guard came and picked up my daughter (which made her highly uncomfortable) and went on to tell me very casually that he knew my building, my flat no, when I had shifted in, when I stepped out with my daughter, fun facts about her daily routine. I was shocked to put it mildly.

Another jolt came in the form of my most cherished and trusted house help, who lives with us. It’s been a clear instruction from the beginning that no touch is allowed and she must not take my daughter to the shops when I’m not around. Only to school and back. And I was a 100% sure these instructions were being followed. Till I received a call from a concerned mother in the same complex. She is extremely fond of my daughter and was sounding agitated. I shared her sentiment very soon when she told me that she had seen my maid in one of the shops below, where a man was rubbing noses with my daughter and holding her. It didn’t end there. She then saw my daughter being taken by the man, to an auto rickshaw stand nearby where he made her sit and chat with another stranger while my maid finished buying what she had to. Your imagination is good enough to construct any number of scenarios of what could have happened with my daughter.

Whether it was a school teacher who was hitting my daughter, or a taekwondo instructor who was shoving her around, or even the two incidents I’ve narrated above, every environment and every person your child deals with come with their own dynamics and respective challenges. The idea is not to become aggressive and overreact but to be aware so that appropriate action or a befitting solution can be found.

Find your own solution

My favourite go to phrase ever since I’ve become a parent has been ‘To each his own’. Your situation is unique to your circumstances. You yourself need to figure out what checks and systems need to be in place to ensure that your fears are kept at bay and that your child is adequately protected. For example, I was told that our decision to put cameras all over our house was an acute invasion of privacy. We can’t take a chance when at work and our daughter is running all over the house so the compromise is when people come visiting we disconnect all the cameras and show them the evidence so they can be comfortable!

Another example is that I was so busy making her a well-mannered child that anyone had access to my child. Now we have an understanding that there is to be no hug, no physical touch if she doesn’t want to. Keep a watch, invent solutions, and you will never get overwhelmed.

Communication and dialogue are so important. Not just with your child but the people in her daily environment. Other moms, people in the building, the security, teachers, they act as your eyes and ears at times because you can’t be everywhere. Some would say even this is paranoia. I’d say this is desirable precaution, to keep your little one safe. I will try to be every bit the parent my own parents were. But if I have to change myself a little bit, to ensure that my little one is kept safe in this ever changing and unpredictable world, I will go that extra mile.

Richa started her writing journey as a child, scribbling away poems and stories for her

“It’s Time, Ma. You Had A Great Five Years, But You Could Use Some Family Support Now…”

“You’re A Mom, What More Do You Want?” But What About MY Identity?

Will All Our Sacrifices Be In Vain?