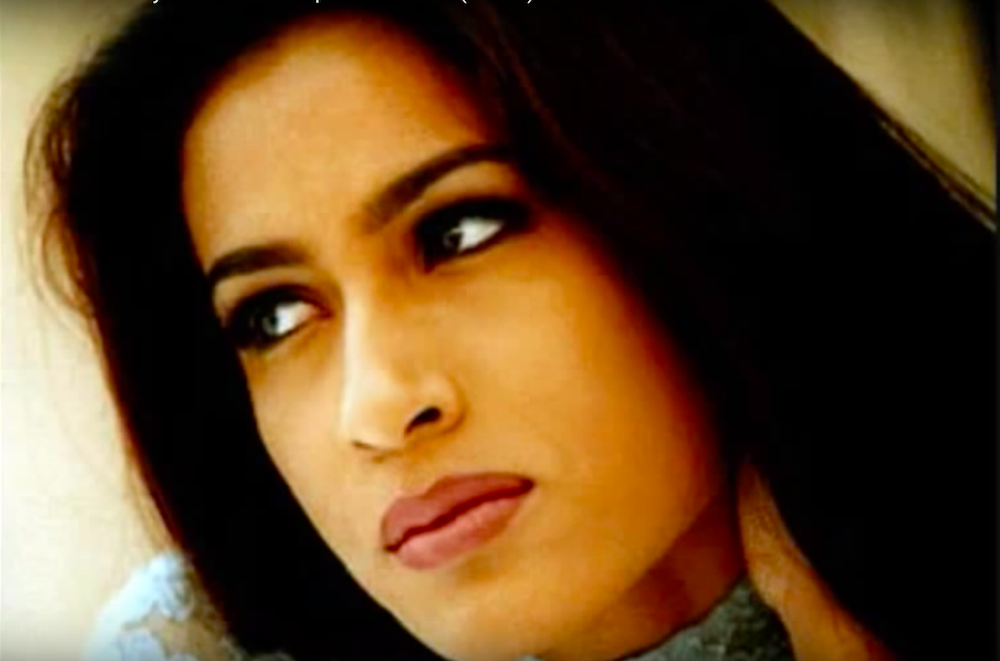 The Story Of Nafisa Joseph: She Looked For Love, Life Said Otherwise

Nafisa Joseph took her own life after a failure in love. Is it worth it to destroy yourself for an unworthy person? Introspect and find your strength.

She was the winner of the Femina Miss India pageant in year 1997. Yet Nafisa Joseph chose to end her life over love just 7 years later. She hanged herself to death in her Versova apartment on 29th July year 2004.

Nafisa was only twenty six and she chose death. An Aries born, she was the daughter of Usha Joseph who is a scion from Tagore’s family. A medley of Christian and Islam Nafisa quit the theatre of life leaving behind her aggrieved parents, and her siblings.

A student of the famous Bishop Cotton Girl’s School, who started modeling at a tender age of twelve, Nafisa Joseph was the youngest contestant of the Miss India Pageant which she won. For a period of five years she hosted the MTV House Full show. She also featured in a short role in Subaash Ghai’s film Taal. In her short span of life she achieved so much, still the question remains, why did she die?

As women we all need love, we look for love, she too looked for it but sadly knocked the wrong door, she fell in for a married man who professed he was divorced but that was not true. They dated for one and a half year, she loved him and her man acknowledged that he equally loved her. After loving her man she could not deal with the pain when she found he was still married, he was taken. She countered her man, they fought, she was to get engaged and marry him, when her man called off the engagement. She could no longer bear the torment. She killed herself.

Her fiancé was called, there were routine investigations, her broken parents lodged a complaint but the question still remains “Is it worth taking your life just for a relationship which went wrong?” No not all. The suicide can be avoided.

The first step that comes into picture is the parenting technique. Right from childhood it’s the parent’s duty to groom the child, understand the aspect of self-worth. The self-esteem develops from the blooming years. Irrespective of the gender, yes a man can also commit suicide; cases have been reported where a man/boy has committed suicide. The moral lessons should be taught – the lessons of life. it’s not the degrees, grades and subjects which are important but the lessons of LIFE needs to be tutored.

To explain how to develop self-esteem, reports the positive psychology program: “The practice of self-acceptance includes becoming aware and accepting the best and the worst parts of you and also the disowned parts of ourselves. The self-responsibility […]. The practice of self-assertiveness. Act through your real convictions and feelings as much as possible. The practice of living purposefully. Achieve personal goals that energize you existence. The practice of personal integrity. Don’t compensate your ideals, beliefs, and behaviors for a result that leads to incongruence. When your behaviors are congruent with your ideals that is where integrity appears”.

But the above points on self-esteem will come into picture only after proper parenting. On the importance of parenting reports Greater Good magazine: “Parents should provide continual warmth, caring, and support; […] Strong social and emotional skills; […] Positive peer relationship; and also work to change school environment.” Successful parenting surfaces from its role as a lesson against hardships, for example poverty, child delinquency, relationships, heart breaks. Becoming a parent is a very difficult task but can be equally rewarding when the progeny proves his/her worth by contributing to society. Parents should explain to the offspring the importance of relationships, love and marriage and also how to stay true to you.

We do fall in love and it’s not a crime to love someone. Relationships do matter, we need love. But one must figure out the right versus wrong factor. Love someone who is not taken; love someone who doesn’t keep you a secret, if a relationship has to be a secret you shouldn’t be in it.

Technology has taken an upper hand, people are trying to find matches through social media; be careful you cannot love someone through social media. Melanie Greenberg, cites four reasons for failing relationship in Psychology Today:  “Selfishness, Narcissism and unbalanced ties; Not making the relationship a priority; Angry Outbursts and Rage; Infidelity”.

Be cautious, in that moment of love you are bound to ignore all the other elements, it happens so that is where self esteem and parenting come into the picture – Understanding right versus wrong. Also if you love someone, respect that person, leave him/her, do not chase. If that person comes back s/he is yours, if s/he doesn’t then there was no love at all.

On Love and Relationships, reports Psychology Today: Love is one of the most profound emotions known to human beings. There are many kinds of love, but most people seek its expression in a romantic relationship with a compatible partner. For some, romantic relationships are the most meaningful element of life, providing a source of deep fulfilment  The ability to have a healthy, loving relationship is not innate. A great deal of evidence suggests that the ability to form a stable relationship begins in infancy, in a child’s earliest experiences with a caregiver who reliably meets the infant’s needs for food, care, protection, stimulation, and social contact. Those relationships are not destiny, but they appear to establish patterns of relating to others. Failed relationships happen for many reasons, and the failure of a relationship is often a source of great psychological anguish. Most of us have to work consciously to master the skills necessary to make them flourish”.

Love is sacred, so love someone who cares for you; there may be conflicting ideologies, but make a sincere effort to work on it. If that doesn’t work then that love/relationship is not worth a cent, let go of it. It hurts but also know you will stand with a head hold high. Stick to one partner when you are in love, only then a healthy relationship can sustain; it’s a crime to have several affairs. And also do not choose an infidel partner; killing yourself for that infidel person, I rant again, is not worth a cent. That person has a problem, not you. So believe that you are much superior to that person. Your deeds are watched by someone above and HE will repay you that is for sure. That’s the eternal Karmic law.

The last but not the least, the devil called SUICIDE. If you go to your psyche level and peel off the layers of your mind one by one you can understand the damage you are going to do – That is to end your life.

Reports the American Psychiatric Association on suicide prevention: “In some cases, an immediate stressor or sudden catastrophic event, failure or humiliation like a relationship break-up, legal problems, financial problems (e.g., home foreclosure or job loss) can leave people feeling desperate, unable to see a way out, and becomes a “tipping point” toward suicide. If someone indicates they are considering suicide, listen and take their concerns seriously. Don’t be afraid to ask questions about their plans. Let them know you care, and they are not alone. Encourage them to seek help immediately from a knowledgeable professional. Don’t leave them alone”.

My essay started with the narration of the beautiful, young, successful model, video jockey, and winner of Femina Miss India Nafisa Joseph, who had so much to give to this world, yet took her life but I have earmarked some other factors as well – Parenting, Self-Esteem, Relationships and Love.

Life throws challenges in several ways. In my essay I have explained how to deal with relationship issues, heart breaks and suicide prevention. Play the game; emerge as a victor not as a victim. Outgrow your afflictions. Nafisa is no more. She quit the tide of journey called life.

To conclude this essay here is my appeal, do not take your life. Sometimes the worst place you can have is your head. To that one soul who is reading this; I know you’re tired, you’re fed up, you’re close to breaking, but there’s strength within you, even when you feel weak, take rest but keep fighting. I know you are afraid of your mind, but no harm, open up, keep fighting. The bravest thing you can do is continuing life when you want to die. Fight your battles so hard that even death gets scared of you. Just know God gives the toughest challenges to those whom HE knows can be a fighter, and that’s you, just know you are the best, you can win, and you will win.

We hear about celebrity suicides, I spoke of the glamorous Nafisa Joseph. She was a young woman who couldn’t handle the ever complex yet simple relationship issue; there are several out there who are on the verge of breakdown for the same issues. Believe in yourself. Still, if you fail in that relationship/love and are thinking of killing yourself, please confide to your best confidante and seek help, believe me you will heal. Have faith in god, and the fact that you have power over your mind – not outside events. Realize it and you will find strength.

Say NO to suicide. Relationships and love will work, you need to find the right source, knock the right doors. Do not fall for a person who is taken, be mature, you will find your correct partner, if not then leave what you are holding on and let go of that. No point in holding to a relationship which is not going to work, don’t keep dangling, no need to kill yourself either, release the relationship, find a channel to heal, love yourself so passionately that you don’t even feel bad if someone has ill-treated you. Be grateful each day, it’s your life, live it.