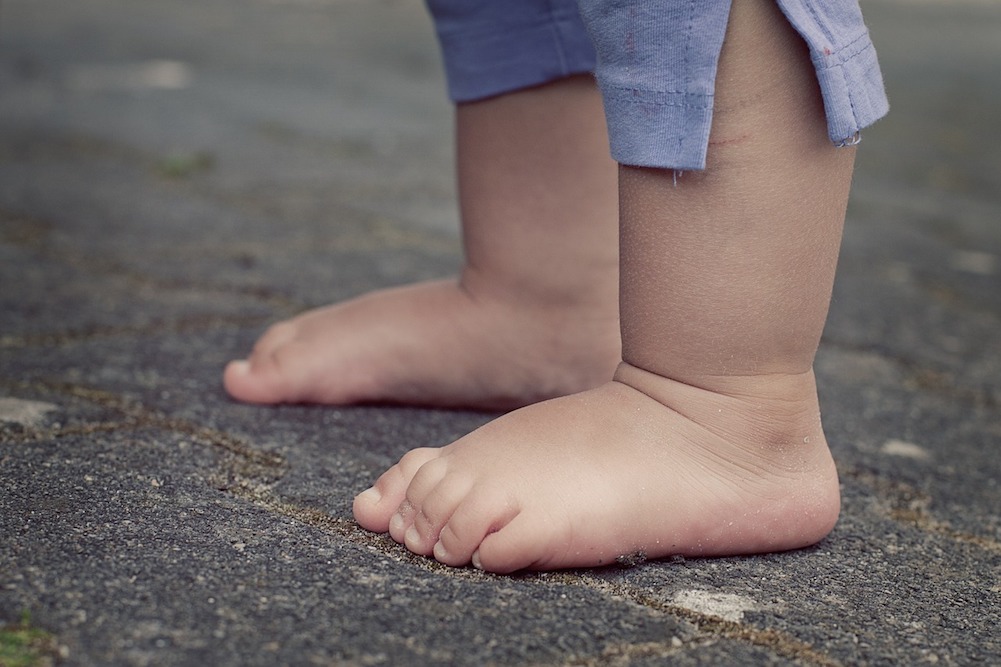 As I looked into the innocent eyes of my seven year old child, shining with hope, I was stupefied by the zest for life that they held. His eyes shone with the exuberance of youth and held promises that I was afraid to keep. Promises, that I was also afraid to fail in keeping!

A few months back, a near fatal accident had crushed one of his legs to a mangled mess. It had been a fun family picnic which had ended with a tragic turn of events. Weeks of intensive care and extensive sessions of physiotherapy later, walking was still a painful effort for him. Although the surgeons had inserted a rod into the leg to hold it erect during movement and the physical trauma had more or less healed; still the emotional toil that it had taken, refused to abate. The psychological scars were still imprinted fresh upon me. Each step of his was a constant reminder of what had happened and how life had changed.

Each step that I was taking today with my boy, was reminiscent of how I had held my child’s hand and taught him to walk. As my child had tottered through infancy, my step had been firm. It had neither faltered nor tired of walking beside him. Back then, I had gently prodded him ahead, guided his innocence to trust in the next foot that he put forward. I had taught him to put faith in his instincts, to believe in the hand that guided him. I had taught him to keep walking regardless of the obstacles.

However, today, I was unable to do the same. I was unable to put my faith in the power of healing. I was unable to believe as I watched my child struggle to hold on to me and struggled. Today my step was not firm as I walked beside my son, holding his little hand for support. I more than once gave up because I felt that I was done. I was finally done!

Every day, as I walked by my son, reliving his infancy and his first steps; besides me walked the same eager child who had had a zest for life then and had a zeal to live it today. The same child, who had put his faith in me then and was putting it in me yet gain to guide him. As I again looked into his innocent face shining with confidence, I felt all my uncertainty ebb away. As my child looked up to me and smiled;  I felt disbelief, fear and frustration leave me and I was filled with a renewed will to once again help my child re-learn his first steps.

His infectious enthusiasm, both rejuvenated my demoralized mind and revitalized my tired senses and suddenly, just like that, I regained my belief and trust in the magical power of healing.

To Fall In Love Again (Poem)

Going Underground Has Helped Us To Be Human; More Than Just ‘Mere Women’