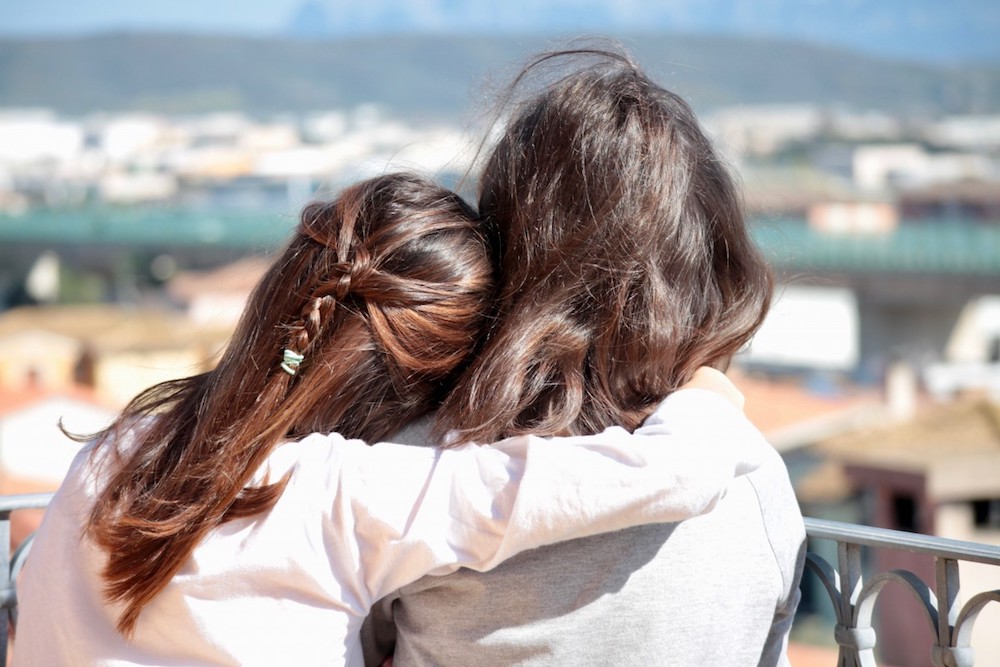 Why Do You Need A Label? [#ShortStory]

Somehow wanting to hug Shreya felt different, possibly forbidden, she did not know why though. Yet when she occasionally did it it made her feel euphoric.

Avantika was consumed with jealousy, but the situation was of her own making. So how could she blame Shreya? Just because Avantika could not stand up to her mom did not mean that Shreya had to suffer for it.

But what exactly she was supposed to stand up for, Avantika wasn’t sure. 14 was such a confusing age. Avantika knew that Mama would have a blue fit if she kissed a boy on the cheek or even if they hung out alone. But Shreya was a girl. So what was the big problem? Now she wasn’t supposed to be affectionate with girls either? Mama had never said anything about it before.

Avantika went to a girls’ convent school, so all her friends were girls. She hardly ever met boys and always got tongue tied around them. Girls on the other hand were so easy to talk to.

About 3 months ago something strange happened. Namrata being short was having trouble seeing the board from the 5th row so the teacher had her exchange places with Shreya. That is how Shreya became Avantika’s partner.

Although Shreya and Avantika had been in the same school for years their paths hadn’t crossed much so they barely knew each other. But as partners they spent a lot more time together. Strangely Avantika found herself feeling drawn to Shreya. She longed to be affectionate with her.

Avantika had often hugged her girl friends, but she had never before experienced such an intense longing to do it. It confused her. Somehow wanting to hug Shreya felt different, possibly forbidden, she did not know why though. Yet when she occasionally did it it made her feel euphoric.

One day she felt an irresistible urge to kiss Shreya on the cheek. But that seemed a little odd and she felt conflicted. Finally she could fight the urge no more and gave in. Then she blushed. Shreya would surely think she was crazy. But to her surprise Shreya only smiled at her.

After that the girls often hugged and kissed each other on the cheek and it became quite natural for them. Neither thought there was anything wrong with it. It felt so right. One day, Mama asked, “Avantika, have you been kissing Shreya?” Avantika nodded.

Mama seemed horrified and Avantika had no idea why. “Why do you do that?” Mama asked.

“Why?” Avantika was taken aback.

“It’s not normal. It’s unnatural. You need to stop. Promise me you’ll stop.”

Avantika had never seen Mama look like this. She look deranged. It frightened her. “Okay.” She said. “I’ll stop. I promise.”

She told Shreya what happened and why they had to stop what they were doing. They both felt sad but Avantika had promised her mother and she took her promises seriously. Avantika and Shreya slowly drifted apart because of the big artificial wall in between them. But Avantika still had strong feelings for Shreya. And today 2 months later watching her laughing and hugging Rachna was painful.

Today the English teacher had talked to them about homosexuality and families with two mothers and two fathers and the ideas had set Avantika’s imagination aflame. So many possibilities, she never knew about. Then what was so wrong about her kissing Shreya? Why had her mother made her promise?

Avantika still had another year and a half in school. And though with time the pain became less gut wrenching, it never quite went away. Seeing Shreya with Rachna always made her sad. It became difficult for Avantika and Shreya to even remain cordial friends and they stopped interacting all together.

Once Avantika started going to a co-ed college, she found herself feeling attracted to boys. Slowly the memory of Shreya faded. In degree college Avantika had a steady boyfriend she adored, and Shreya became a dim and distant memory.

Years later in grad school, when Avantika was happily married to her degree college sweetheart , she and her friend Ashley were gossiping and the subject of lesbianism and bisexuality came up. Avantika told her about her age old high school experience.

“So do you think I am bisexual?” Avantika asked trying to fit in her past life with her present. “I have not been attracted to a girl for years though. Well not after high school actually.”

“Don’t worry. Why do you need a label? Be happy with whoever you are attracted to. What does it matter as long as you are both happy? Besides what you mentioned does happen in an all girls school sometimes. We used to call it lesbians until graduation. It’s probably because there are no boys around and with teenage hormones you know…”

What a liberating thought, Avantika mused. Why indeed does it matter who I was attracted to as long as we were happy together. She wished Mama had seen it that way too.