This Kwality Walls Ad Made Us Cringe With Their ‘Reason’ For Celebration!

Indian advertisements have been repeatedly called out for their blatantly sexist messaging. This Kwality Walls ad celebrating a little girl's 'round rotis'...sigh. 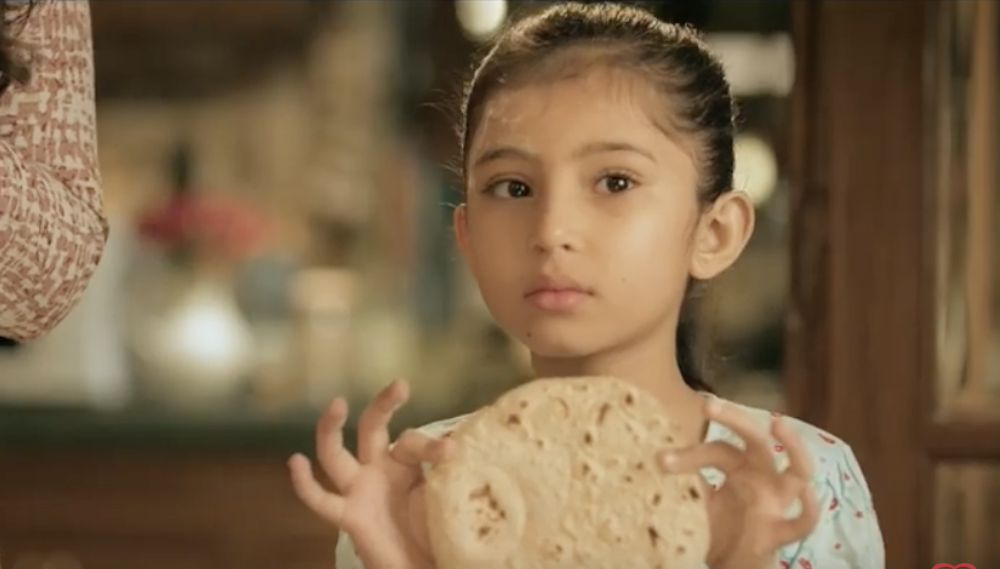 Indian advertisements, just like the rest of Indian media such as music and cinema, have been repeatedly called out for their blatantly sexist messaging. This ad celebrating a little girl’s ’round rotis’…sigh.

We had men’s deodorant companies showing how women can be ‘won’ (like prizes) in droves if you smell a certain way, we had girls hiding their faces in shame because of a minuscule pimple or because they were dark (and hence, not marriage worthy or capable of getting a job or friends!), we had sad homemakers moping over their washed clothes not being bright enough or their cleaned utensils not sparkly enough until the advent of a certain washing powder or dish washing gel.

However, of late, we’re witnessing a positive change. With the changing socioeconomic scenario and a focus on gender equality, many ad-makers are conveying empowering messages through their advertisements. So, now we have washing powders talking about ‘sharing the load’ of the housework between the man and the woman of the house, we are witnessing daughters trying to help their mothers build their own careers, we are seeing advertisements where women are constantly breaking the glass ceilings at work or breaking the stereotypes attached to their genders. So, with these positive changes around us, I was shocked to the core to see this 20 seconds Kwality Walls ad.

Here, a mother comes in with her young daughter while the rest of the family is seated at the dining table. The mother announces, ‘Tan-a-nan chhoti ki pehli gol roti’, and the rest of the household start celebrating this achievement with Kwality ice-cream. So, a little girl making round rotis was the best cause of celebration that the ad-makers could come up with, huh? And you know, what was the worst part? There is a young boy sitting at the table and who takes the roti in his hand and admires its roundness!

That is the moment that hit me the most! Like, you could literally turn around the message into something empowering by showing both the children coming out of the kitchen with their respective round rotis and that in itself could have been a cause for celebration! But no, apparently the ad-makers felt it was a cause for celebration ONLY when a little girl manages to make a round roti!

Maybe, her next achievement will be to cook a perfect seven-course meal, who knows? Because you know, stereotyping gender roles are so attractive and how it helps maintain our Sanskari society’s status quo!

No, Kwality Walls, gender stereotyping is not cool! Not in this day and age. Maybe, next time take a message or two from advertisements like this one by Brooke Bond Red Label where the underlying messaging is that a boy making tea doesn’t become a girl, rather he is someone whom all girls like.

The advertisement media plays a crucial role in influencing the society’s mindset and hence advertisements that perpetrate sexism are indirectly encouraging the same. It’s high time such ad-makers realize that and bring about a change in the messages that they convey.