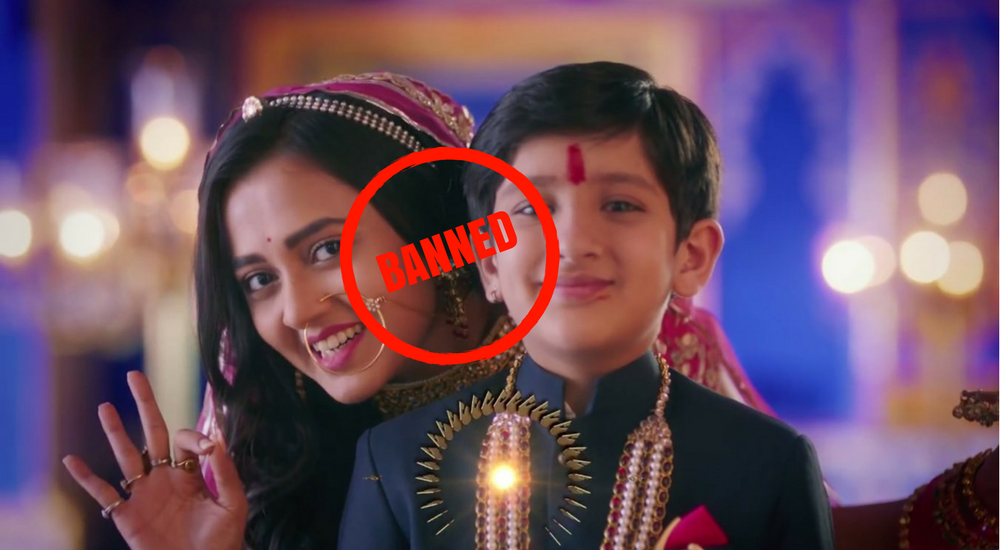 Pehredaar Piya Ki: Are We Extravagantly Thrilled Over A Silly-TV-Serial Ban?

The recent ban on Pehredaar Piya Ki may have been warranted, but does it justify our jubilation? Or only reflect our comfort with armchair protests?

A few weeks back I got an email from Change.org about banning this new show airing on Sony TV revolving around the romance of an under-aged boy married to an older woman twice his age. Of course I signed the petition like any other angry Indian looking for the easier route to ‘do something’ from their couch rather than getting on the front lines. But I wasn’t expecting anything because I have signed numerous petitions and rarely does something happens to them other than getting a few thousand supporters.

I was in for a change this time and was pleasantly surprised to notice the amount of attention this controversy was getting.

The petition got 138,494 signatures on Change.org in less than a month! That says something where a petition to suspend an MP supporting a rape convict is still counting at 10K supporters. Are we sure we have our priorities straight?

And then a gentleman posts this answer on Quora.

To make things clear, I am not a supporter of this daily soap. Heck, I haven’t even watched TV in months, let alone such daily drama! So why am I writing this? Because I am not sure if our country is really dumbing down in terms of intelligence and common sense or its something else. Read the below statement –

16-year-old Hyderabadi girl from Oman married to a 65-year-old Omani national without her consent.

This is news from 18th August 2017. Yes, around the same time we were furiously signing the daily soap opera banning petition.

We all know child marriages are an ongoing practice (blows my mind to think how in 2017) – very much in place not just in smaller towns and villages but in pockets of bigger cities too. We know it is being discussed and debated for decades now, cases are pending in courts and victims are suffering not just financially but emotionally.

But here we are, getting cozy over the ban of a fictional world entering our reality while we turn a blind eye to a worse reality next door.

In a democracy of a billion people, if we cannot get enough voices to speak against laws which hinder women’s (or men’s for that matter) fundamental right to be, 138,494 people supporting a TV ban shows something is skewed.

And then look at this classic answer – https://www.quora.com/What-made-you-happy-recently/answer/Samanwita-Kar?srid=XNPG

The lady is happy because an annoying (to her) user was stopped from posting videos on YouTube and her legacy deleted. I wished this was a lone case, but soon realized the feeling is widely shared by most of the youths in India right now. If this is not sadistic, I am not sure what is. Are we raising them right? Why is an individual’s happiness correlated to someone else’s downfall?

The one thing I can feel is that along with the content we are consuming, our feelings are also becoming more and more virtual. All those ‘macho’ males and females getting worked up when someone seems a little less worshipping of the Indian army, will be the ones denying service if it ever comes to a real war.

Our country is increasingly breeding youths who feel obligated to have an uninformed opinion and defend it with full furiousness but only in the virtual world. How many on-the-ground protests have we seen recently? And what has been the turnout count? Negligible. Why? Because we feel signing petitions and getting into debates is our sole responsibility and we have done our part.

I am glad the show is banned but sorry folks, its not a victory.