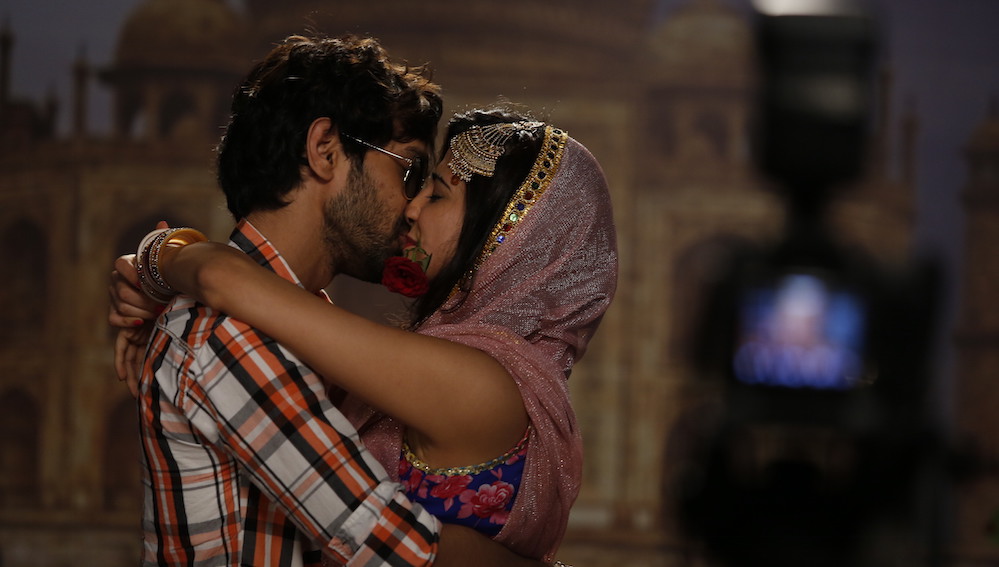 Why Your Son And Daughter Must Watch Lipstick Under My Burkha

While Lipstick Under My Burkha has been given an A certificate, it is actually an important watch for children over 13, feels this author.

I was working as a News Editor with a reputed news channel when CBFC decided to NOT give a nod to the screening of Lipstick Under My Burkha.

Hell broke loose in the newsroom, as it happens in any, over this breaking news…which rather broke hearts.

How can being ‘lady-oriented’ be a reason to ban? Or for that matter other such reasons?

And then came on our LIVE SHOW the Censor Board Chief himself, whose defence was as infuriating as hilarious.

I was sitting rolling that live show with my Anchor not mincing any words to grill him. At one end I was proud of her, on the other I was enraged at the man Pahlaj Nihalani who was only making a joke of himself trying to defend the volleys. At one point I didn’t know whether to pull my hair or laugh at his answers.

Today, when the film is out of CBFC’s clutches, I know exactly what to do: encourage all in my vicinity…and further, especially boys and girls over 13 who have attained puberty (and should have received sex education in general at this age), to watch the film.

Ideally, Lipstick Under My Burkha should not have got an A Certificate. The film is about the five points I have written about below – the values not being followed in our society. It is better that we educate our children through reality, rather than merely through school education. (Imagine, a film like Phullu too was given an A Certificate! What has menstrual hygiene to do with adulthood?)

If you can’t take children to cinehalls as of now, make them watch it at home once the original copy is out. Till then, ensure all the young adults 18 and above surely do not miss the film.

Why? Let me reason out:

A slap on the patriarchy

An in-your face film that bluntly tells you what women want…a tale of the secret world of four women in India, including their sex-lives. Yes, when men can talk about it, how are women any different? If you can’t let them talk, then why hunt for them as a partner?

The film is the haunting reality of Indian society depicted in such a manner that even the staunchest supporter of Patriarchy will be forced to rethink his stance.

Encourages women to speak up

A seventy-year-old film buff was seated next to me and when asked why she came to watch, she replied, “It encourages women to come out in the open, speak up, put up a fight. What’s a woman without a say? High time we realise it.”

Mind it, the septuagenerian was accompanied by her 18 year old grandson, who added, “The helplessness of the four women protagonists to be themselves, to be who they want to be, is so strong that you can relate to it. And if you can relate to it, you will definitely try to ensure it doesn’t happen around you.”

Calls you to shun a dual life

Whether Rehana Abeedi hides a skirt under her Burkha or Leela cheats on her photographer boyfriend just for fun…the dual life of these women is relatable, in a society where “Hawwww…Shame Shame, What are you wearing, Oh you have a boyfriend…What have you done” etc etc are the questions put out only to women.

In my own girls-only college, I had many college mates coming dressed up in shalwar kameez, but changed to short tops and jeans before the class began. Some were unruffled, saying that’s what their parents want, “Don’t go like that from home, care about our reputation.” Others did it to avoid the ‘behenji tag‘ that comes along traditional clothes.

The same traditional clothes for which recently, Sudha Murthy, chairperson of Infosys Foundation, was shown the way out of the business class travellers’ queue at the Heathrow Airport in London…she had an answer by not batting an eye towards living a dual life. And so does this film urge us… Shun the dual life, give up the mask!

Urges you to Act, not just think

Whether it is Konkana Sen Sharma’s character being told, “Don’t try to be a husband, you are a woman” or Ratna Pathak’s role as a woman who has lost her identity behind the walls of her own house…the film is so gripping that it resolves you to just not think, but act. Think, is this happening to you or around you? Act against it, break stereotypes.

The 55-year-old Ratna Pathak Shah’s character can fantasise to buy a swim suit and be a Rosie to her swimming coach, but in reality can a woman her age dare to do so in our society…I mean, find true love?

Oh, did I also mention fantasise? But then CBFC even had objections to that as well, right? So no objection to a film like Grand Masti where women are open-objects for men’s fantasy? Why?

Till we act… be it just questioning the wrong… this will continue. And this is what the film teaches you to act against…strongly.

Getting a film out of the clutches of the Censor Board has never been easy. And with the current one, it seemed impossible…atleast to me, having heard their Chief give his so-called genuine reasons on our LIVE show the other day.

But the team didn’t lose hope and fought till the end. The film’s director has herself hailed it as a victory of women power!

As I walk out of the cinema hall, I casually look around me. I had purposely come to watch this film in this part of Old Delhi for this piece. Many a Burkha-clad women walking out of the hall gave me a happy feeling, a sense of relief, a sense of pride. To each, his own…but the seeds of introspection have been sown.

So what are you waiting for? Go watch a film that makes you learn, while it earns accolades. The other extremely sensible ones like the CBFC can enjoy the rain! Chao!

For All The Behuda Bibis Dormant Inside Us, It’s Time To Scream ‘Victory’ And Rejoice!