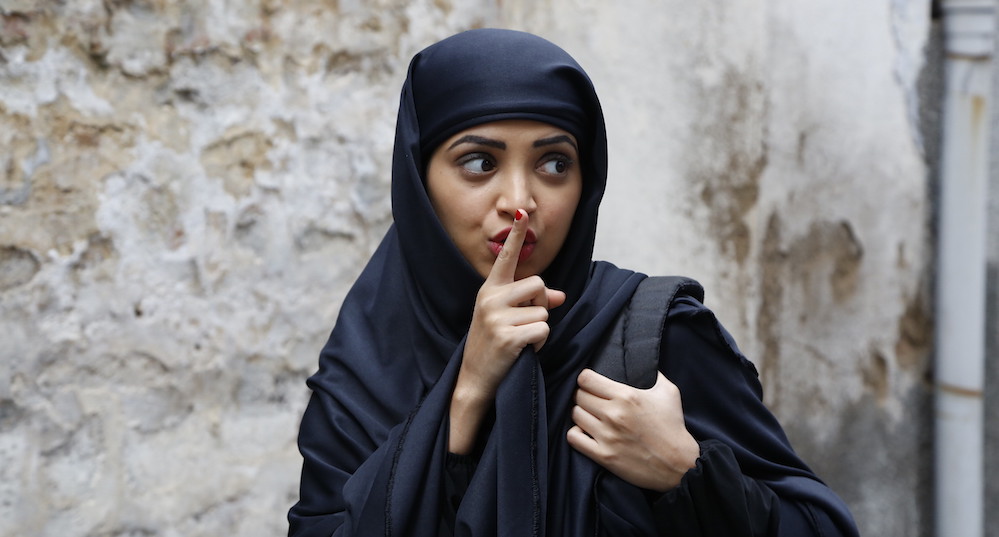 Watching Lipstick Under My Burkha with two of my feminist buddies was a celebration of victory for us. Not that we as women are not aware of the different narratives that have been shown in the movie but the fact that our narratives finally made it to the screen from closed door conversations is a cause of celebration for the majority of us.

After so much of hullabaloo around this ‘ladies oriented film’, we all were very curious that what exceptional ladies oriented issues have been touched in the movie. The film is entertaining, thought provoking and cathartic. For us, the lipstick signifies ‘our emotion’ which we always hide in a ‘veil’ of patriarchy.

We have to do everything in moderation, be it choosing the shade of lipstick or choosing the emotion. It has to be optimum enough to make us look attractive but not too appealing. If we express our ladies oriented behaviour, it can cause a dent in a patriarchal set up like no other weapon can. That is the reason we as women have been taught to do everything in moderation.

While heterogeneity in men’s behaviour is acceptable, we the women are all painted in one stroke of a broad brush and are expected to look alike; calm, docile and gently, proudly taking roles of mother, wife and sister. These are the limited options women have to choose from.

The script of the movie is tight with utmost attention paid to every detail. The momentum of the movie is gentle with Ratna Pathak Shah’s voice playing in the background causing continuous peels of laughter.  It does not have those high adrenaline rush moments yet it manages to give a jolt from within, with the concept around which the story is woven.

The five women staying in one building have a universe of their own. The only commonality is that they are all hiding their emotions. While the old woman has to camouflage herself in a particular attire and lock her sexual desires only within the four walls of her bathroom, the youngest woman has some liberty to breathe fresh air on the college campus.

The young college going teenager Rihana who actually dreams of becoming Rihanna has to hide her dreams from everyone at home because patriarchy has determined a different destiny for her. The way her father says,’ Inki padhai likhai ab band karte hain. Ladka dhoondna shuru karte hain.’  Haven’t we all heard this? When a young girl becomes too independent in her thoughts, marriage is the only way to bring her under control.

The successful professional Shireen undergoes marital rape everyday but is unable to make sense out of her own emotions. How could she, when patriarchy has taught her that her husband is a god? A woman is always taught to adjust in marriage and expect low standards from a man while a man always thinks that he deserves extremely high standards from woman. The scene where her husband says, ’biwi ho, shauhar banana ki koshish mat karo. (be a wife, don’t try to be husband)’, says it all.

This made me recall the statement made by the Union Minister for Women and Child Development back in 2016, where it was said that the concept of marital rape, as understood internationally, could not be suitably applied in the Indian context due to various factors like level of education or illiteracy, poverty, myriad social customs and values, religious beliefs, and mindset of the society to treat the marriage as a sacrament.

Feminism is about the struggle to express ourselves better and in an integral way. The reason why it is seen in condescending and derogatory fashion is because it attacks patriarchal notions of femininity and masculinity. As women, we want to expand that space of expression and make it equal to men. Patriarchy teaches us the exact opposite where men are taught to express and women to supress.

The more benevolent form of patriarchy teaches us that women do not have to compete in that space but they belong to a different space. This is true to some extent. However, one must observe, how patriarchy does not even let us be what we are in that space. As much as it may blindfold your eyes for a while, try to look at the fundamental level at which women are supressed every day.

Our red lipsticks become too red, our bold expressions at the workplace makes us ‘bossy ‘and a menstruating woman becomes an ultimate blot on anything auspicious. Forget about competing with men in their space, we do not even have that alternate space for us to be considered humans where we are not competing with men.

Female sexuality is not celebrated it is disliked and suppressed. While the abuses laden with ‘cunt’ and ‘pussy’ reduce the women to an object, we women hardly have something remotely equivalent to that in our vocabulary. The reason why there is no equivalent affirms that female sexuality has no space in patriarchy. It will be celebrated in those closed room conversations of women.