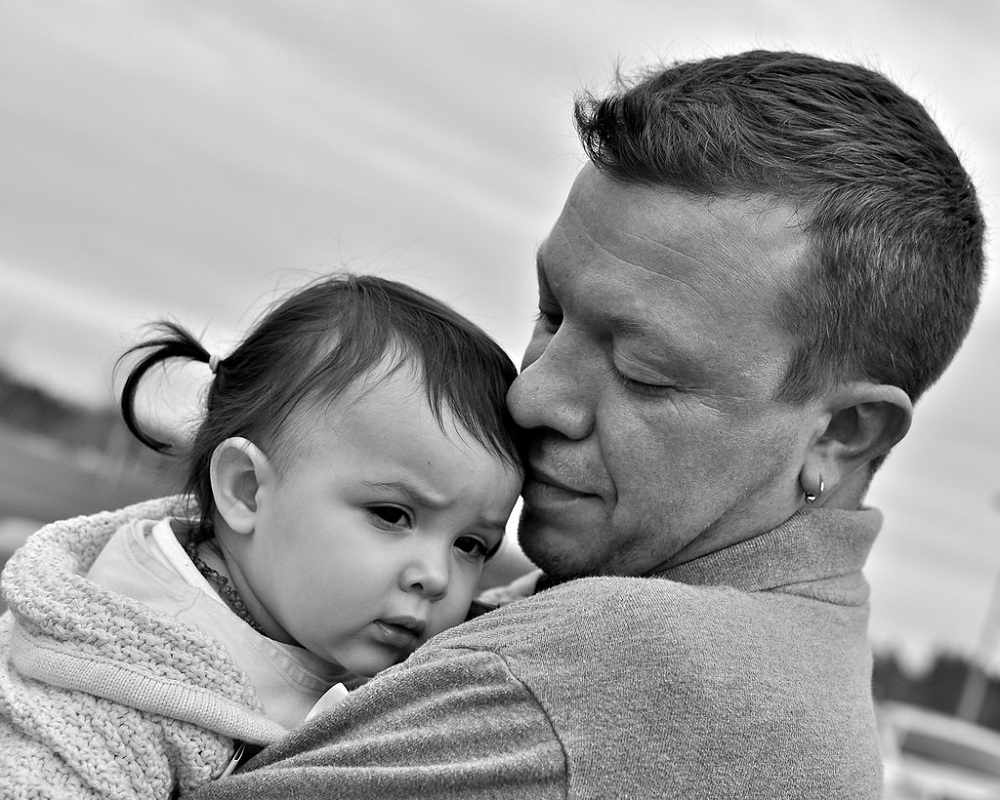 Desirous of becoming your child’s favourite hero? Want to be that ‘great dad’ for them? Explore some of these iconic great dads in books.

Bob Cratchit in A Christmas Carol by Charles Dickens

Bob Cratchit, father of the little angelic sickly boy Tiny Tom, is a clerk in cranky Mr. Ebenezer Scrooge’s money lending firm. He happens to be as optimistic as Scrooge is stingy. He acts as a foil to his boss’s misanthropy and hatred by being extremely kind and considerate towards him. Not just him, he loves Tiny Tim dearly and saves Christmas for him. Being poor & needy, he surely teaches Tim to be good, respectable, sober and religious. In the end his warmth forces Scrooge to repent his own self and change.

A sweet little classic which happens to be an all time read for its relationship between Tiny Tim and his great dad Bob Cratcher.

Atticus Finch in To Kill a Mocking Bird by Harper Lee

Now a major motion film, this is one book known for its beautiful timeless father character Mr. Atticus Finch, who is always considered to be the great dad. The book set in racially divided Alabama is an inspiration on how to rise above this discrimination. Atticus thoughtfully and gently teaches both his kids, Scout and Jem, how to respect and acknowledge each individual, rising above the barriers of color, caste, creed and socio-economic status. In the process he himself has to undergo a lot of social torture, ostracism and open threats. Yet he remains unperturbed and steadfast for the sake of his children’s future. Though quiet and subtle, he is an epitome of integrity and courage.

It’s always important to raise our kids right. For our one action reflects on their entire life. Truly thought provoking and inspiring.

Gerald O’ Hara in Gone with the Wind by Margaret Mitchell

Scarlett, the protagonist of the book, has inherited her traits from her father, Gerald. Just as he was an Irish immigrant with nothing but courage, honor, prudence and determination to rise to the pinnacle to success, so is Scarlett who loses everything after the war but doesn’t give up. Through her hope, faith and strength she rebuilds everything. Looking at Scarlett’s fighting spirit, quick wit, tender temper and love for home; we can’t help but admire Gerald for being this great dad who passes on such gracious attributes to his daughter.

Les Miserables is a heart wrenching story about the redemptive powers of love and compassion. Once a nice decent man he unfortunately lands in prison which fills him up with scorn and hatred. He breaks out on parole but is changed to good again by the power of love and acceptance. He adopts Cosette, an illegitimate child, and with time Cosette proves to be the silver lining in his life without whom he would have slipped back into the life of darkness and crime. He is an honest man and a father so doting that in the end he agrees to give up his life for Cosette to settle down with Marius happily.

Widely it’s seen that children hold on to parents for guidance and support but seldom do characters like Jean come to life who portray the importance of children who build their fathers. A must read for all fathers and kids to cherish their bond!

This book is a published version of dairy notes of a German born girl named Anne Frank who had to spend two years in hiding when Netherlands were under the control of the Nazi’s. Though Anne died in a concentration camp, her dairy was later retrieved by her father Otto Frank who happened to be the only survivor of the family after the war. Extremely close to her father, Anne wrote about several of her anecdotes with her loving father and the value and depth of their bond. When her father read her writings he was much surprised and proud of her. The pains and effort he took to present to the world her deceased daughters’ thoughts just to fulfill her dream undoubtedly make him a great dad.

Mr Bennet in Pride and Prejudice by Jane Austen

One of the most revered English classics of all times presented the most warm and affectionate and great dad character, Mr. Bennet. His subtle silent relationship with his second daughter Lizzy is a close one. Father of five girls and husband of this highly materialistic fatalistic wife, he hardly has any say in their lives. Though he finds solace and opens up to Lizzy. That is the reason he gathers all courage to step forward for her in the end of the novel when she confesses her love for Mr. Darcy and desires to marry him. The way he gives his consent in the end will surely leave you tear eyed for the sweet man he is.

Wouldn’t you be surprised if I say the revolutionary children’s book series Harry Potter had an important lesson on how to be a great dad? Well am sure you would. But on careful reading you will stumble upon this underrated character of Mr. Arthur Weasley, father of the Weasley family and husband of the bossy Molly. Though at first he comes across as submissive and less than domineering egoist male as he doesn’t interfere in the patriarchal duties leaving the same to Molly, he is extremely concerned about his seven children. His light hearted jovial attitude, jokes, zest and enthusiasm for life is well received by his kids.

It is essential for fathers to not only mentor their children but also also befriend them so build a warm and strong relationship.

The Father in The Road by Cormac McCarthy

Cormac McCarthy has created an array of splendid characters over the years, but the most sparkling is the Father from the book The Road.

Sensitive and indulging, this is a harrowing and lingering read about a man, a father who believes he has been entrusted by god to look after his son, ensure his safety and protect him from all evils of the world. The Father must push himself and his son to extreme in order to survive through barren wasteland. Their connection is holy, sacred where the father makes all sorts of sacrifices to allow his son to live on in a grim world.

This classic post-apacalyptic novel presents this great dad who is a beacon of hope and sincerity for all fathers and their children.

William in Danny, The Champion of the World by Roald Dahl

One of the most cherished children’s fiction writer of all times, Roald Dahl has brought alive numerous great dad characters. Yet one that remains most celebrated is William.

William is a widower with a small son Danny and scarce financial resources to look after them both comfortably. But this doesn’t break their spirit as they’ve got each other’s back.

The simple uncomplicated tale of this pure love relationship between a child and dad is marvelous. In times when all of us are commercially bent to some extent, it’s an eye opener that more than money children desire love, care and company. This should be on top on the list for prospective fathers!

Father in Grief is the Thing With Feathers by Max Porter

Max Porter’s debut novel, this is a moving, caring, sorrowful and complex read. It revolves around a grief stricken family of a man and his sons who happen to lose their mother unexpectedly. It is a meditation on love, loss and Ted Hughes.

In the procession of visitors and emptiness, the family is visited by a Crow – a trickster, who threatens to stay by their side until they recover and no longer need him. With days turning to months, the pain lessens and memories begin to linger. Dad recovers to an extent, resuming his book writing and the boys begin to grow normal.

Giving an insight into emotional manifestations, this book displays the strength of a father is picking up his broken family. How a great dad rises above all odds to protect his boys from wandering, getting lost, savage and unsupervised after all providing single handedly for both parents is anything then easy. If a mother is a creator, a father can as well be a nourisher.

Parenting is a skill required by both mom & dads alike. Share this fortune of raising your child as a father simply because they need you right by them. Your love, affection and teachings shall stay within them till the end of time.

Buy it at Amazon India, and Amazon US

Koi Good News? How To Survive A Pregnancy In An Indian Marriage

This Christmas Book List With Reccos For All Ages Will Make Your Holiday Joyous!