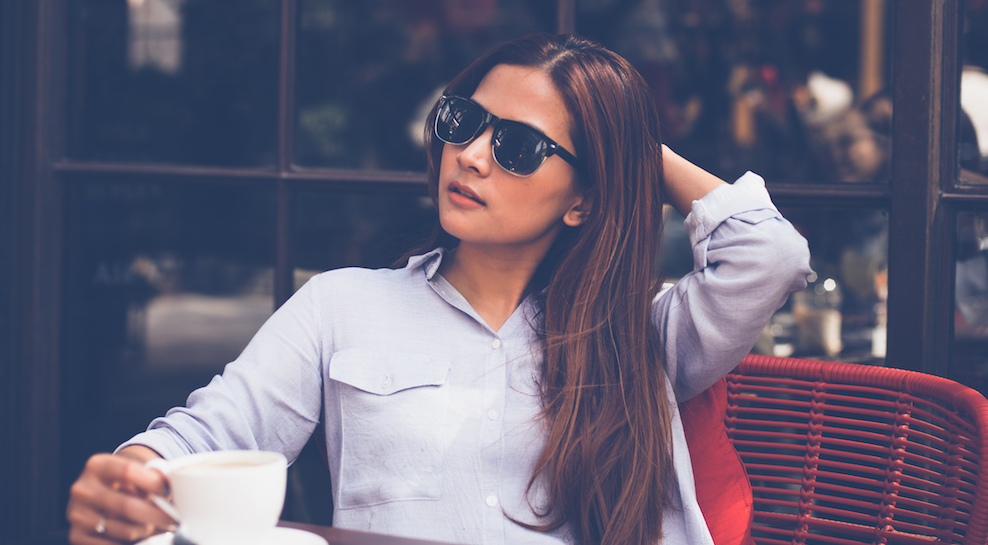 When a hardworking woman decides to take a project abroad and live away from family, why do we judge her so much? Would we do the same to a man?

Scene one: Rahul Sharma works in a very senior position in a chemical manufacturing company in the Middle East. He is 40 years old, a father to 2 school going kids. His wife and kids live in Mumbai. He visits them once a year when he accumulates his yearly leave and comes down to India for 2 weeks.

He was working in Mumbai but got a very good opportunity to move abroad. As the kids were 12 and 14 and it was a crucial time for them in terms of their academics, Rahul and his wife decided it was best that the kids continue their education in Mumbai.

While it’s always tough living away from your family, it is Rahul who often gets this air of sympathy and people cooing around him, “Oh, it’s so tough for you living away from your family, just once or twice a year you meet them. You must be missing your kids so much.” His wife Seema who is a homemaker and who is the sole parent to their kids during his absence strangely does not get as much acknowledgment.

People do remark that it’s not easy for her but that is often followed by the callous statement – but you have your kids with you, you are not alone. Well, that’s true but little do they realize, taking up sole responsibility for 2 kids is not easy. Rahul cringes for he knows how tough it is for his wife to be taking up this single handedly, but there is little he can do at the moment – this arrangement has to go on for a longer time.

Scene two: Natasha works in a tech role in one of the leading IT companies in India. She is a doting Mom to 6 year old Preesha. She is an ambitious, hardworking woman who is passionate about her career. A supportive spouse who is always taking pride in his wife’s achievements – culinary or corporate is what propels her to go further. She is also blessed with a mother-in-law who is like a godmother. They get along like a solid team – grandma takes full charge of the house and grandkid on weekdays while Natasha is occupied with office work. On weekends, it’s a role switch as Natasha takes charge of home and her mother-in-law sits back and enjoys herself.

Recently, Natasha got a dream opportunity to lead an innovative project as a team lead in Sydney. The duration of the project would be 2 years and she would have to relocate to Sydney. This project meant a lot to her professionally. She was involved in it right since the nascent stages and this opportunity meant a promotion, better pay and it would advance her career in a big way. The only roadblock? She would have to move to Sydney without her family. Her hubby couldn’t leave his job nor did he have any such opportunity in the same city. Her daughter is schooling and her mother-in-law would not be too happy moving to a new country where she knows no one. Besides, this project was only for 2 years – she was uncertain of the outcome after 2 years.

Would she be asked to stay back longer? Would she like the city, the people? If she took her daughter along and they had to come back to India for any reason, re-adjusting would not be as easy for the child. She did not want to coerce her mother-in-law to accompany her and her parents had health issues and could not babysit her child. Her hubby and mother-in-law backed her in unison – this was a big opportunity and she should not miss it. She would come home twice a year – a homecoming vacation was paid by the company and she could happily take one more vacation at her own expense.

She had to battle the guilt of being a selfish mom, these questions plagued her but her mother-in-law and hubby helped her assuage her fears and look at things practically. Finally, she mustered courage and decided to go. Her daughter was comfortable living with Dadi and Papa. Her hubby was also quite a hands-on dad. Things sailed smoothly – except for this reaction which she was never prepared for. As soon as people heard that she had left her family behind and moved to Australia for a job, they gave her looks of disdain and disgust – some looked shocked, some scorned her and some simply had an expression of, “ah, I know you career minded woman, what a selfish Mom. Think of the poor abandoned child and hubby back home. How difficult it must be for them!” Never did they realize it wasn’t easy for her either. But sometimes decisions need to be taken. Without knowing the facts and circumstances of her case, she was being judged unfairly.

When the same decision to stay away from the family for work was considered ok and in fact praised as a sacrifice by Rahul, why was Natasha being labelled selfish? The fact that it is tough to be a single parent while the spouse is away for most part of the year – here as well Natasha’s hubby got more praise and sympathy as compared to Rahul’s wife, Seema, who was in a similar situation. Why the bias?

We still glorify the hands-on dad, not the hardworking mom

I recall when I was younger and a CA student, I had a friend whose Dad lived in Saudi Arabia since the time she was a little girl. He came home just once a year. I remarked to her – it must be so tough for your Dad to live all alone so far and see you and your sister and Mom just once a year. She glared at me and said, “Well, it’s equally tough for my Mom but just like you, no one seems to realize that. She is a housewife, her world revolves around us. It’s not easy being both Mom and Dad to two young girls. And when Dad comes home, he is the hero. All the relatives, friends, parents want to hover around him and create a fuss, feed him the best of food and you find Mom silently running around from kitchen to the hall attending to guests, cooking and cleaning. To tell you honestly, I hate his visits for I see Mom so stressed out and tired while he is the center of attraction.” I was kind of shocked to hear this confession but what struck me was that I was being judgmental – it was tough for her Dad but it was equally or rather, tougher for her Mom – something I had overlooked.

When you see a hands-on Dad who is at ease changing baby diapers, feeding the baby, helping his wife with household errands – don’t we all coo about him and exclaim – wow, what a perfect hubby and Dad he is! Such an exemplary person – imagine being a man and having a full time job, he still helps his wife in the kitchen and with the baby. Well, in reality, he is just doing his share of work which unfortunately many others are not. So is there a need to glorify him so much?

In a contrasting situation if you see a woman who sits late in office, is career minded and has aspirations to do well professionally, don’t we often judge her as being a bad mom and wife? How can a woman who is supposed to look at child rearing and taking care of the house as her primary goal in life harbour any other passion?

The irony is you often find women judging women – asking them to take it slow career-wise when they have a baby. That’s none of your business frankly.

I would like to mention that this is not a universally applicable rule. There are exceptions of course but based on my observations, my interactions with people and the various articles I have read, I find we are usually very judgmental (heck, I am a part of this lot as well, but of late I find myself making a conscious attempt to step back and STOP myself from judging anyone, it’s their life – their situation – their reasons, who am I to judge?)

I do hope we can make a conscious attempt to be gender neutral and realize that whatever decisions people make – though they may seem undesirable to us, we are not walking in their shoes. Let’s not judge and worse, let’s not use gender as a pretext for altering our way of looking at the same situation.

‘As A Man, I Can Swear. But You’re A Woman, And Women Absolutely Don’t Swear!’