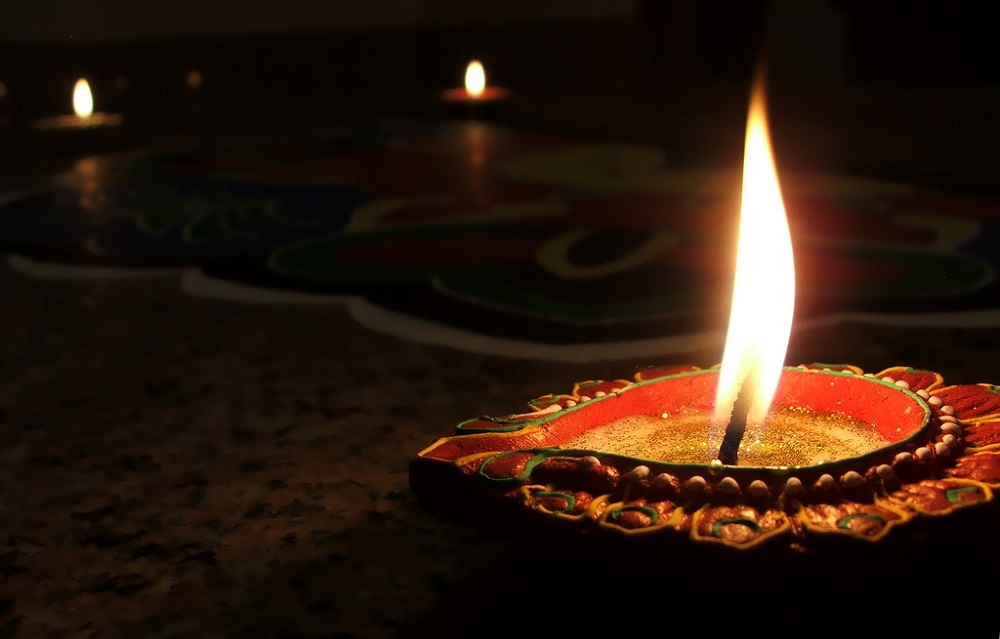 “Our lives can either haunt them or inspire them. The true legacy we leave behind is not money or material. It is our deeds, words and our spirit.”

Gayatri was returning from her morning prayers at the nearby Radhe Krishna temple. Children waiting at the bus stop stopped before getting on their school bus when they saw her, to take her blessings.

“Do well children. Make your parents proud. Here’s some prasad to wish you luck.”

Everyone in the surroundings addressed her as Aaji. They never felt the need to know her first name. The warmth and the concern with which she spoke and lived with the people around led to a special appreciation and affection in their hearts for her.

Gayatri was always the first person to offer help to women in the households around. Whether it was cooking a meal for children of an unwell mother, looking after the kids of a working mother when she was late or simply consoling one of the fellow old women who had recently lost her husband. It came to her naturally, without expecting anything in return.

In the same neighbourhood lived Pushpa. The people around called her Tai, rather she insisted that they call her that. She was about the same age as Gayatri. Their popularity matched too, on separate notes though.

Pushpa was known for nosing in the domestic affairs of anyone she could lay hands on. She never had any good words to speak to or about anyone, not even her own children who she stayed with. Her son and daughter in law were never good enough no matter to what extent they tolerated and let go her useless egoistic outbursts and bad mouthing. She had always envied Gayatri but she didn’t know why. Pushpa’s husband was still in good health and she was sure that her son and daughter in law were always going to stay with her, no matter what. She counted on her huge property for that.

Gayatri was widowed about thirty years back. She had raised her sons single handedly. Both of them were settled in different countries abroad with their families. Money was never a concern for her as her husband had taken care of it when he was alive. But Gayatri never expected her sons to think of her as a ‘responsibility‘.

Once Pushpa had jeered in her face , “What’s the use of you having two sons when none of them can stay here and look after you?” Gayatri had replied very calmly, “I did not bring them into this world to be my caretakers. Even little birds leave their parents’ nests to build their own when they grow up. So why can’t we humans do that?”

It was Gayatri’s selfless nature that made her sons and even her daughters in law and grandchildren to develop a very strong bond with her. Outsiders never understood this as there was never a display of their mutual affinity. But it was there. Strong and getting stronger with every passing day.

Gayatri’s whole family gathered once in a year at her residence, either on Diwali or during Christmas holidays. This year it was at Diwali. All her children were going to arrive the next morning. Of course Gayatri was the happiest person that day. She had made a dozen varieties of sweets and snacks to make sure the kitchen housed everyone’s favourite foods. She had asked the electrician to decorate the house with lights and lanterns. She had purchased fire crackers and lots of gifts which were carefully selected with each one’s taste in mind. And although Diwali was still after three days, she made sure that nothing was left undone and her family could spend the entire time talking, laughing and enjoying.

With an anticipation of the most wonderful ten days of the year, she lay back on her husband’s rock chair and fell asleep. There was a smile on her face which nobody could take away. But her sleep today was very deep. So deep that she did not wake up the to receive her children.

It was as if she had no last words to say to them. Deep in their hearts they were assured that she had left this world with only love and goodwill for all her near and dear ones. Her sons performed the last rites as per rituals the next day.

Just as the huge crowd that had gathered to pay its last respect to Aaji started leaving, there was a sudden commotion at Pushpa’s place.

“Pushpa Tai had a massive heart attack this morning. She is no more.” Said an elderly person from her house.

There already prevailed a silence due to the mourning of Aaji’s demise. So it did not affect the atmosphere around much when the news broke.

It was Diwali day. Being a very close knit neighbourhood, the festivities were mellowed down this year as a mark of respect to the two late elderly ladies. Out of love for Gayatri and merely for the sake of following social protocol for Pushpa. But Gayatri’s house did not show any sign of grieving. Her house was still lit up the way she had got it done to welcome her children.

Paranjape Kaka, a respected old man in the locality whose advice on all worldly matters was sought after, thought of dropping by at Aaji‘s place. To his surprise, he saw her family sitting in the living room all dressed up in their brightest clothes, exchanging the gifts bought by their beloved mother, munching on the delicacies prepared by her and having a light hearted chat as if she was still around. Gayatri’s older son Sarthak noticed him at the doorstep.

“Kaka, happy Diwali! Please come in.” He offered him a plate of besan laddoos. Anyone in the locality could make out from their aroma that they were Aaji’s creation.

“I thought of coming by and checking on you all. It must be difficult for you to cope up with the sudden loss. Especially when you all had gathered to celebrate Diwali together.” He took a pause and continued, “Uhh, don’t mind my saying this but do you think it is right to celebrate a festival so early after your mother’s demise?” Paranjape Kaka did not intend to offend them at all. After all, they were Gayatri’s sons. Nothing mindless was expected from them.

Parth, the younger son, replied very gently. A trait he had acquired from his mother. “Kaka, mother had always taught us to respect the present, be it good or bad. For good can become better and bad could have been worse. But she also taught us to let go off the past. The sooner one does it, the better. Her life has taught us to give selflessly and receive gratefully. It is not that we did not love her or respect her enough. Her death has left a gap in all our lives which we can never fill but only learn to live with. Celebrating Diwali today has only helped us lift our spirits. It is a tribute to our beloved mother’s life – Never to complain but to feel grateful and cherish every single moment of our lives. It would only make her soul cry if we kept on lamenting about her departure.”

Paranjape Kaka had tears brimming his eyes. He got up and left without a word but with a smile and a hand gesture to bless them.

Just as he was returning, he could not help but notice the lull at Pushpa’s place. Although he didn’t intend to but he overheard her son, Devesh, talking to a friend. “We will be mourning my mother’s death for a year. No festival celebrations, no auspicious tasks, no hearty talks and laughter for this period. Her soul would curse us if she saw any sign of happiness in the house so soon after her death. I don’t want to enrage her.”

Paranjape Kaka was perplexed. Here he was standing between the lives and deaths of two individuals he had known. One whose presence was nothing less than the rising sun. Her absence definitely made it dark for her loved ones. But she made it sure that the darkness only turned into a beautiful sunset which was to be acknowledged peacefully in hope of yet another sunrise. And the other, whose life was a string of negativities and cynicism. And inevitably, so was her death.

He kept pondering while heading back home. “What we do in our lives not only comes back to us in our lifetime but also to our children; when we are around and even when we are not. Our lives can either haunt them or inspire them. The true legacy we leave behind is not money or material. It is our deeds, words and our spirit. Either flowers or venom”, he said to himself as he heard the sound of bells and evening arti at the Radhe Krishna temple. 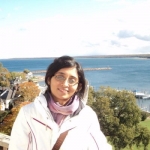