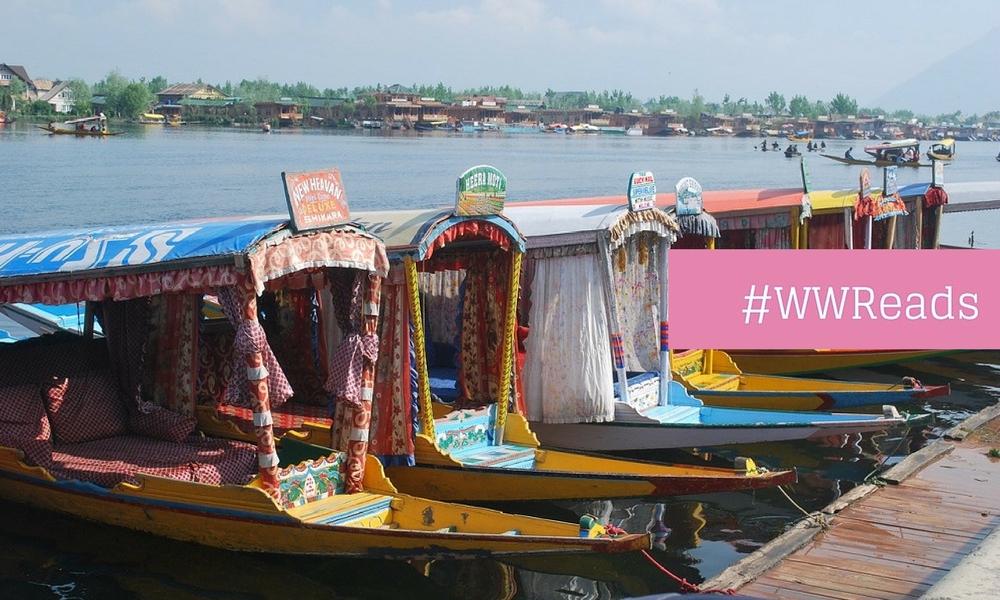 Roxy Arora’s book Jihad In My Saffron Garden is a much needed story on the background of the unrest in Kashmir that tears apart social relationships.

“Kashmir has always been more than a mere place. It has the quality of an experience, a state of mind, or perhaps an ideal.” Jan Morris.

Despite every imaginable dark and sinister attack repeatedly perforating its landscape, Kashmir seems to be a land that can never be divested of its paradisaical beauty in the literal and the mystical sense. Even during desperate times, the word Kashmir unfailingly manages to evoke a land of natural bounty, made sacrosanct by its snow-capped mountains and the glistening waters of the Dal lake.

Roxy Arora’s first novel, Jihad In My Saffron Garden features Roshina Kapoor, a Delhi-based magazine editor who reflects on her secular life growing up in Kashmir in the 1980s, her Hindu family occupying a house that was rented out by Muslim owners. Bosom friends with the Muslim owner’s daughter, Heena, a girl of ethereal grace and sweetness, and deeply in love with Heena’s brother, Aafaq, Roshina Kapoor may well have represented the unifying essence of ‘Kashmiriyat’ that coursed through the veins of proud Kashmiri Hindus and Muslims—that is, before Jihad happened on their soil.

Near their house was a saffron garden, where Roshina loved to spend hours with Heena. Roshina was enamoured of the place, which she believed was graced by farishtey and djinns, given its heavenly panorama, and she soon begins to extend the metaphor of a sweeping saffron field to Kashmir.

Unaware of the storm brewing in the teacup, Roshina has eyes only for Aafaq, and only sees a bit of a problem when Aafaq, who had always adored her and called her Rosha Jaan, suddenly starts acting aloof and indifferent. He seems to have buried himself into his engineering course with the resolve of a celibate. A feisty girl who had scaled hostel walls to watch cricket matches and endured sermons from nuns for ‘sinful behavior,’ Roshina was just not going to let go of a definite romance just because the object of her affections was suddenly being standoffish. It is interesting how she plots and plans with Heena and executes various situations to try and get Aafaq to fess up his love.

Roshina’s story reminiscences about life in Kashmir during the days of splendid unanimity, and how it all went wrong with the weeds of jihad that had suddenly sprouted in their saffron garden, infesting the peaceful state with its ruinous agenda at a swift pace.

Jihad, essentially, as the novel explains, is the religious duty of Muslims to maintain the sanctity of Islam. But what Roshina sees in her saffron garden is a misplaced sense of patriotism and the slow distancing of non-Muslims, which degenerates previous friendships and cordial relations irretrievably. She baffles over what made her Muslim brothers and sisters forget their solidarity and turn their back on Kashmiriyat. It seemed that all at once, peaceful exchanges were replaced by violent marches through streets, with the jihadists, some of whom were just brainwashed boys in their puberty carrying Kalashnikovs in their hands, clamoring for Kashmir to be renamed the Islamic Republic of Kashmir, proceeding to unceremoniously oust families from their own turf, just for being non-Muslim.

Finally, when it became impossible for her family to stay on in Kashmir, she and her mother wore burqas and were sneaked out of Kashmir in the dead of the night with the help of her uncle, an officer at the Indian army, even as a frenzied mob screamed the word kafir at them. And thus, Roshina Kapoor of the unbreakable spirit had to relent and move out of her cherished Kashmir, leaving behind her best friend, Heena, and her love, Aafaq, who could stay put as they were Muslims. 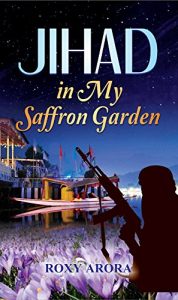 Refugee camps for ousted families had sprung up all over Jammu – at schools, university grounds, bus stands, railway stations, under flyovers – and they were all packed like a can of sardines. Just as the nose could smell the sweat and the grime, the mind could sense the vulnerability and hopelessness at the camps.

Despite the adverse developments, most people at the camp were still hopeful of returning to Kashmir. Rosha jaan and her family are luckier, as she gets enrolled in a college in Delhi, and gets on with her life, occasionally hearing from Heena and Aafaq through letters and phone calls.

Until, one day, when she receives distressing news back from Kashmir that leaves her distraught and heartbroken. Roshina rushes back to Kashmir after years of staying away, and it is here that the author weaves a captivating plot of covert operations involving the central characters, the Indian Army, and the Jihadists, where it is revealed only at the end as to which side is truly aligned to the cause of Kashmiriyat.

At times, the narrative did get a little jingoistic with exalting sentiments for the Indian Army, while the author could have distanced herself from making absolute opinions. Though the author makes it abundantly clear that she is disparaging only the fanatic Muslims and is not painting secular Muslims with the same brush, some of the arguments feel simplistic, and could have been explored at an even greater depth.

The author manages to steal us away into her world for a few hours and show us her Kashmir in all its enchantment and vulnerability. The character of Roshina was well-etched and I found myself devouring the first few pages to get to know more of this interesting character. In addition to being an engaging narrative with the right amount of suspense, the novel is worth reading for its commendable real-world insider primer on the Kashmir situation.

If you’d like to pick up Jihad In My Saffron Garden by Roxy Arora, use our affiliate links: at Flipkart, Amazon India, and at Amazon US.