How Many Of These 10 Scrumptious Indian Breakfast Ideas Have You Tried?

Breakfast - the most important meal of the day. Here are some mouthwatering Indian breakfast ideas that you can try. 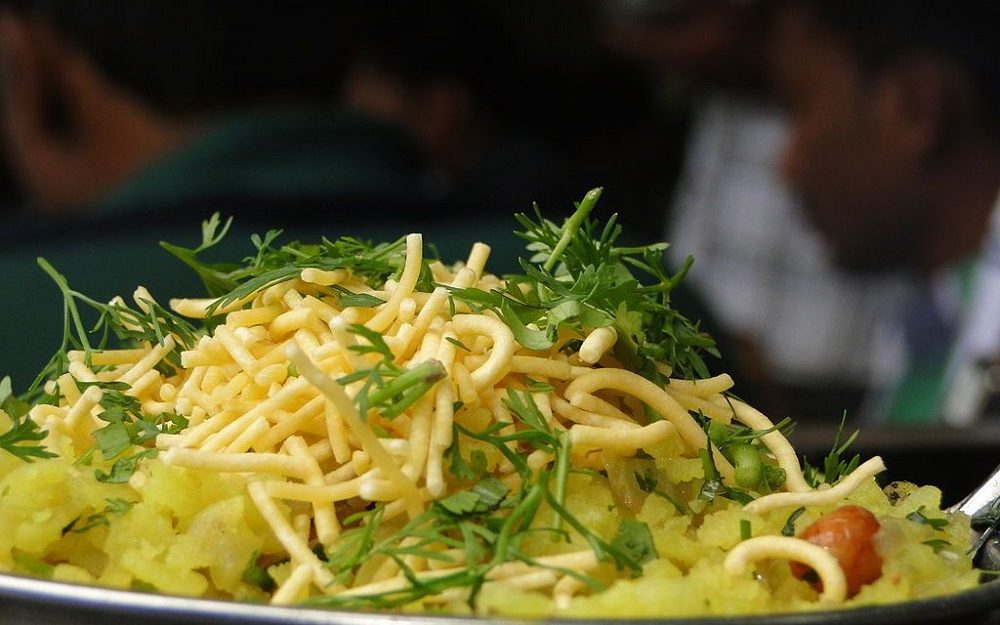 Breakfast – the most important meal of the day. Here are some mouthwatering Indian breakfast ideas that you can try.

Breakfast is an important meal in India it is more of an emotional need. The variety of Indian breakfast ideas that one can find in the subcontinent – I am yet to see in another country. Every state that I have been to (and I have been to around 20 states and 3 Union territories) has bowled me over  with the variety of food and the gastronomic experience that India provides.

This is by no means an exhaustive list but features 10 unique Indian breakfast ideas that should definitely make way into your stomach.

Poha is a very humble dish, and simple to make but only the best cooks can make poha the gastronomic wonder that it is.

Poha is prepared with flattened rice, lemon, onion and green chilies. This humble dish is prepared and favoured across the states of Maharashtra in the form of Kanda poha, Madhya Pradesh and Gujarat. Most states in India have a form of flattened rice recipe but poha with a topping of namkeen is my favorite.

Recipe from Veg Recipes Of India. Oh man! I think this is one of the Indian breakfast ideas that has many odes written about it. Easy to make, easy on the pocket.

The vada pav is a dish that students, workers and well, anyone who can afford a 10 Rs can have for breakfast with tea. Take a bite, nip a green chilli and take a sip with tea. Vada pav of course is very Maharashtrian and possibly embodies the spirit of Maharashtra – humble but fiery.

Recipe from Yummily Yours. Paratha with butter is most suited for the tough terrain and the cold in North India, a popular Punjabi breakfast item.

A paratha is quite versatile as one can stuff it with various kinds of stuffing like potato, onion, cheese or plain with different types of flour. A big (no make that ginormous) dollop of butter and you are set for the day! I have heard ‘rumors’ that this breakfast is then washed down with a lassi – that makes for some serious appetite. Puttu kadala is from Kerala and though many others who are not from the state underestimate the taste of this healthy steamed and down to earth recipe, there are Keralites who will miss it and create makeshift puttu vessels just so that they can make their favorite breakfast or add it to the zoo advertisement that they have been commissioned to create. Kothu Parotta  is from Tamil Nadu and quite popular in Sri Lanka as well. Kothu parotta takes care of left over parotta from the previous night and gives it a make over so terrific that it catapults itself in the breakfast runway as a star. Pongal happens to be my staple go to at any  Sarvana Bhavan or Adayar Ananda Bhavan. This Tamil beauty is rich as well as simple. An Italian friend once likened it to risotto.

Pongal comes in sweet and savory and I recommend both depending on your mood. The dish is a mainstay in the Tamil New Year festivities of pongal. They named their New Year after this dish, need I say more? Momos and thukpas have quickly become mainstream in the rest of India which has a migrant North eastern population. Momos for breakfast are quite filling and soul satisfying I must say. The North east has many more such unknown gems that should have their rightful place.

Recipe on Melange Of Musings. This is a very weird combination as an Indian breakfast idea for a South Indian but try it with an open mind. It is definitely worth it but then again I am sucker for Gujarati food. This combination is popular on street corners in Gujarat along with dhoklas. Very popular in U.P and a few other northern states. Kachori as a breakfast dish has not yet reached mainstream but it is quite an interesting option any way. Screw pine leaves or kedige is used as mould for the idli batter to give it a distinct taste. Mudde idli is an authentic Kanadiga breakfast which is not very common today. Kamat Lokaruchi on Mysore road near Bangalore is where you can sample this rustic beauty.