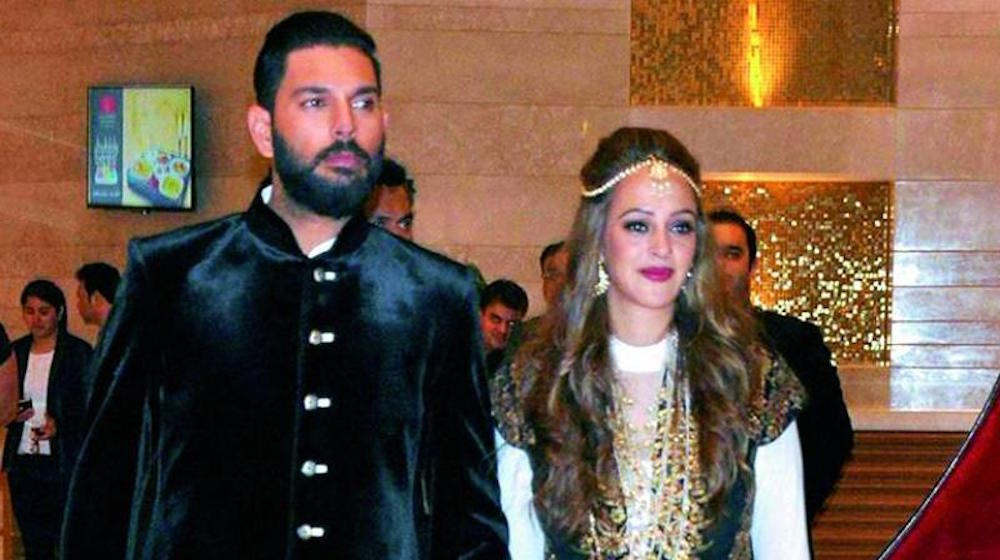 When Hazel Keech tied the knot with cricketer Yuvraj Singh on Friday, the attendees noticed her being addressed as Gurbasant Kaur instead. Why is women’s identity so malleable, but not men’s?

It sure is the wedding of the year. Cricketer Yuvraj Singh tied the knot with Bollywood actress Hazel Keech on Friday, in Chandigarh, as per Sikh traditions. Apparently, the new bride has changed her name from Hazel to Gurbasant Kaur, to marry Yuvraj Singh. Yuvraj’s family is a devotee of Baba Ram Singh, who suggested the new name.

A few months back, Hazal, a British-Indian woman, had raised her voice against racial discrimination when a reputed money transfer company refused to transfer money as her name didn’t sound Indian enough to them. So it does come as a surprise, that Hazel goes ahead changing her name in entirety to enter wedlock.

Amongst the many gender-based traditions that exist in our society, is the tradition of name change adopted by many women. A small change indeed it may seem to be, but the tradition sure does stem from the age old perception that post marriage, women become the husband’s property and thus she must take on his identity. Society expects a woman to adapt to the ways of her matrimonial home, step into a whole new identity, and leave behind her past life in entirety.

Once married, a woman is to leave her in-laws house only when her final rites are conducted. Though this statement may sound very clichéd, it shows the expectations society lays down on a woman – to show unwavering dedication and loyalty to her in-laws and to her husband, and to subsume her identity in theirs.

Conditioned by society, a woman very often takes it upon herself, even if she may call it a personal choice. It is accepted as a cultural norm, or out of fear of upsetting the husband or in-laws. However, no such expectations are laid on the man. They are seldom expected to mould their lives to suit their wives, leave alone change their name.

A name gives a sense of belonging and a woman lives with it for over twenty years. Changing it means going about having an all-together new identity. If a woman decides to change her name, it must be solely because she wants a whole new identity of her own accord. It should not be an expectation or compulsion. And definitely not because she has to fit into her matrimonial home.

Society must change its perceptions and accept that a woman has her own individual identity. It is in no way dependent on her husband’s.