The Cast Of Hum Paanch Reunites: Here’s Why We Still Heart This Serial

Hum Paanch, one of the most popular serials of the nineties, still touches our hearts with its feminist portrayal of girls as they really are. 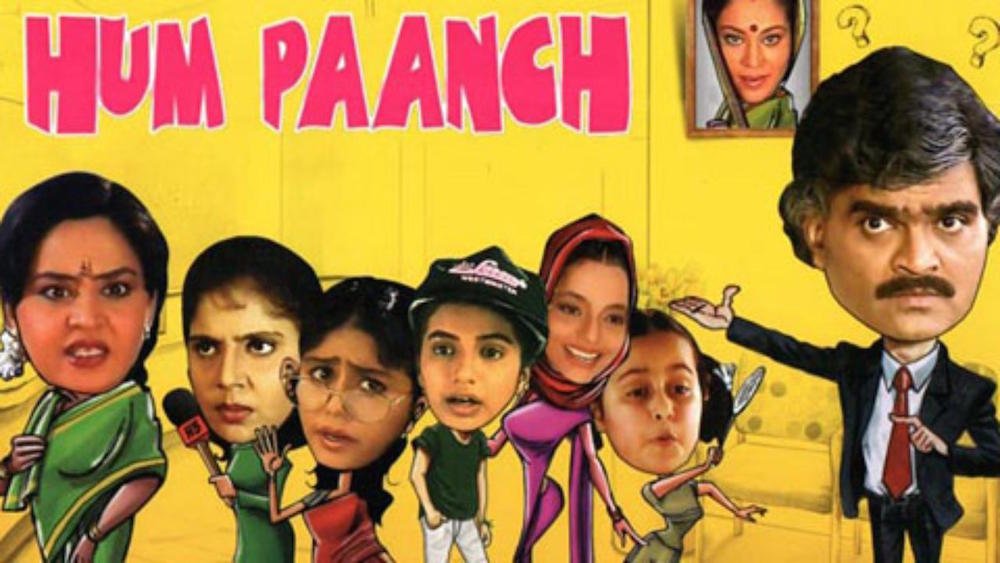 Hum Paanch, one of the most popular serials of the nineties, still touches our hearts with its feminist portrayal of girls as they really are.

In the midst of the current saas bahu sagas where the ‘adarsh bahu’ is mostly shown as someone who is a sexist society’s dream come true, the empowering yet fun TV serials of yesteryear such as Hum Paanch makes us yearn for the days gone by.

So, when the cast recently decided to reunite after two decades to create a special episode, it surely warmed the cockles of our hearts. Hum Paanch was one of those serials that received a cult status with its content which everyone in the family found relatable and endearing.

Zee TV, which aired the show, had recently completed 25 years and hence plans on airing a three-hour long special episode to mark the occasion, the reunion of the Hum Paanch cast was a part of this episode.

Besides giving us one of India’s most beloved and powerful actors, Vidya Balan, along with other talented actors, Hum Paanch’s stellar cast shot to celebrityhood status because of its humorous and feminist content. The story revolved around a middle class man, Anand Mathur who always got into trouble due to his five daughters, Meenakshi, Radhika, Sweety, Kajal, and Chhoti. While the three elder daughters were from Anand’s first wife, the last two were from his second wife, Bina.

Stepmothers can be friends

The serial showed Anand visiting Bina’s place along with his three daughters to ask for her hand in marriage. Though Bina and her stepdaughters had a few clashes in the beginning, they became the closest friends post Bina’s marriage to Anand. Instead of showing a cruel or evil stereotypical stepmother, the serial showed how stepmothers could be nice and loving and the daughters in turn could accept them as one of their own.

Meenakshi, Anand’s eldest daughter, is a feminist whom many ‘90’s girls grew up idolizing. Radhika, the second daughter, is an intelligent and geeky girl, with a hearing impairment once again showing the inclusive nature of the serial.

In the melee of different kinds of characters, the third daughter, Sweety was a Bollywood crazy girl, while the fourth daughter, Kajal was the neighbourhood gunda, Kajal Bhai. The youngest daughter, Choti was a gossipy little girl.

Instead of the portrayal of the ideal Indian daughters, so prevalent in today’s Hindi serials, whose only aim seems to be to learn household work to satisfy their in-laws and husbands post marriage, this assortment of real life girls whom a lot of us could identify with, was one of the reasons why we all loved the serial so much.

It did not go on to show strong willed and opinionated women in a negative light and neither did it have any set body standards for its female cast thus promoting body positivity in an era when the term has not even attained so much of popularity.

Hum Paanch, was a serial which we think believed in treating women simply as human beings, just like men which happens to be the basic essence of feminism and that is the reason why we will always love it and think of it with fond remembrance.