Demonetization And The Irony Of It All!

The demonetization of Rs 500 and 1000 notes has been hailed as many as a great move to flush out black money. But what is the ground reality for many ordinary citizens? 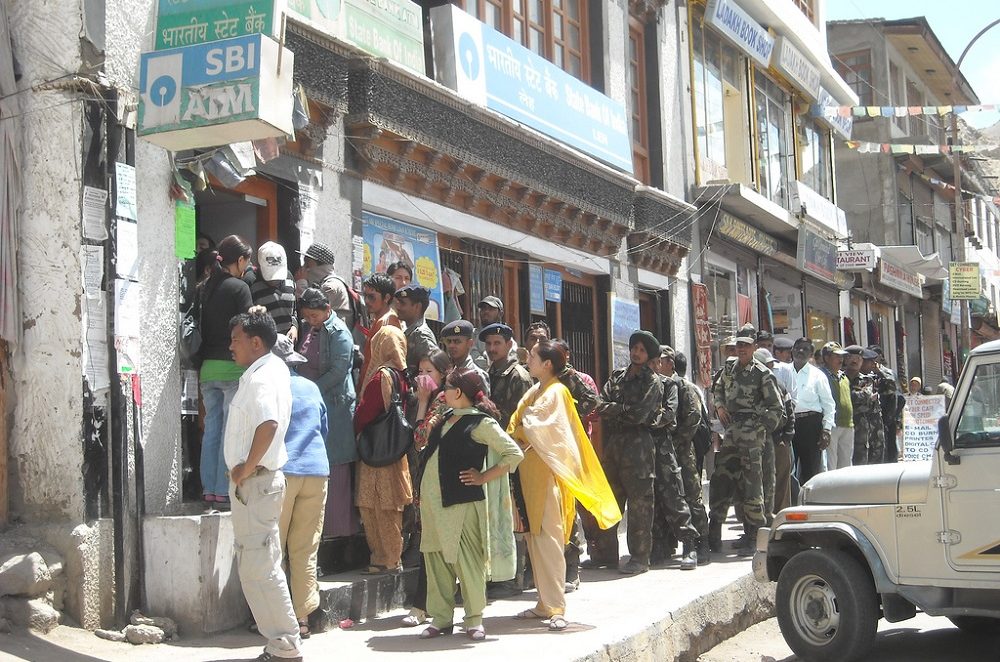 The demonetization of Rs 500 and 1000 notes has been hailed as many as a great move to flush out black money. But what is the ground reality for many ordinary citizens?

The Indian citizen’s pass book today may show the balance in his account as a few thousands or lakhs, but all this hard-earned money is out of reach, for the next few days at least. He is just worth the amount of 100 Rs. and lower denomination notes that he has within his reach. Rest of the people are standing in queues, at bank ATMs, to withdraw money.

I am not an economics or finance graduate from Harvard University or the likes thereof; neither do I understand the overall benefits this demonetization would generate. What I see is what I believe. And for now I can see the common people struggling on the streets.

Sure, as many Whatsapp messages suggest for the sake of the development of the country, each of us should bear the brunt if need be, for the first few days. I would surely love to know from all those people who circulate this message — would they be willing to part with some of the limited 100 Rs notes that they have, for the sake of the helpers or the maids they have?

Sitting in the confines of our homes, with a plethora of debit/credit cards and online shopping options available to us, it is easy for us to make such statements. But for the senior citizens, who have no one to do the running around, it is not a very happy situation. At the banks and ATMs, one can see long queues, spilling out to the streets. Definitely not something that the senior citizens will be able to endure.

For the people in the remote areas, who are illiterate, who do not understand the repercussions of this and who are most vulnerable to middlemen, this is not the best situation to be in.

Another one of the bizarre jokes that I came across on Whatsapp was that the government had taught us to manage within limited resources. This may surely not be funny for the person who has to pay school fees and tuition fees of his kids or buy essential commodities. One withdrawal may surely be insufficient for him.

Also, people who belong to the not so rich but not below poverty line class, it is surely difficult to walk out of the bank with 2000 Rs in hand (that too in a denomination of 2000 rs.) and ensure that this amount lasts them till they are able to make another such withdrawal.

To be able to withdraw our hard-earned money, from our own accounts, we have to stand in queues, prove that this is our own money, provide identification and sign a declaration thereby wasting manpower hours, which is an indirect loss to the nation. But maybe, these do not matter as they don’t translate into statistics and figures.

According to news reported in Mid Day Mumbai edition dated 11th November, gold prices hit a high of 52000, which were expected to go up further. I am assuming that a huge chunk of black money may have been stacked off in the form of gold bars or likewise.

The upper middle class families that have unwell senior citizens in their homes would tend to have cash reserves, to meet any eventualities. Sometimes these reserves would run into maybe a lac or two. This surely is not black money hoarding but a matter of emergency reserve. Such people will have to throng the banks to deposit this money, albeit with a sense of apprehension. Will these deposits will be questioned later or will they will be regarded as law-abiding, taxpaying citizens and left unquestioned? Further, the ever-present ambiguity of documentation prevails too.

Apart from commoners, it is proving to be a nightmare to the bank employees, too. Theirs is a thankless job, being stuck between the rules to be followed and the helpless citizens. They surely must be facing a harrowing time too. We surely owe a Big Thank You to all the bankers.

The Hindu, a leading newspaper daily has quoted a government official saying that a surprise element was essential to stop terrorists and drug cartels. I wouldn’t know if we have been able to surprise the terrorists, but surely the rich have been humbled. To the extent that some of them are seen requesting the shopkeepers acquainted to them to exchange the old notes for new ones.

As for the common people – it is there for everyone to see. But maybe, like people from the previous generations, who talk proudly about their participation in freedom struggles and the subsequent wars thereof, we may also be able to tell a tale or two to our future generations about our participation in the war against black money and corruption.