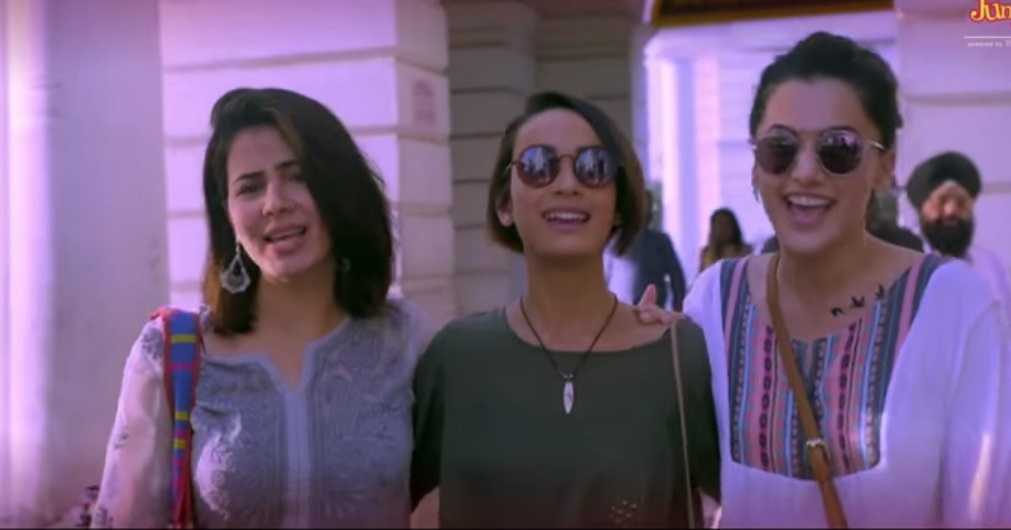 Being a victim of assault in our nation is tough, as you not only have to fight the perpetrator but society as a whole. The movie Pink rightly highlights this issue.

Pink is a movie which raises many questions on our societal norms, norms that dictate what decides if a girl is good or bad. Does she have the right to complain, if the society thinks she is is bad?

The movie revolves around the mentality of the people which thrives on the single idea that a girl should not go out alone or cross the line and if she does she is inviting trouble. She alone is responsible for any untoward incident that takes place against her and she will be judged based on this assumption. Good girls don’t go out for late night parties, they don’t drink and if any girl does that, she will be treated accordingly. She can’t complain if someone misbehaves with her. Most importantly she can’t utter the word ‘No’ and if she does dare to say ‘No’ she has to face the consequences. The male ego can’t accept a ‘No’, it is insulted by her courage to say ‘No’ and she has to be taught a lesson, which she will never forget.

The movie ‘Pink’ revolving around three independent young girls staying in Delhi and getting into trouble because they went out with guys after a concert is touching and gripping. They are harassed in all possible ways, they are intimidated until Mr.Bachchan, playing a lawyer fighting depression, steps in to help them. In real life, how many people are ready to help such girls who get entangled in painful situations for no fault of theirs ? How many are ready to stand with them without judging them ?

A few nosy neighbours jump in to malign them based on their assumptions and the police instead of lodging their complaint delivers a lengthy lecture on morality and safety. This is the reality of our society where people are ready to gag your voice even if you are a victim, because they assume you are not ‘good’. Not all are lucky to have a ‘Good Samaritan’ ready to stand by and fight for you. How would one deal with such a situation where you are not only fighting against the perpetrator but also against the society that is not ready to believe you? Tough questions with no easy answers.

I wouldn’t want to be a spoilsport by revealing too much about the story line. Pink is a must watch movie for all of who believe in the dignity of girls and women.

Kahaani 2: The Kahaani We Must All Pay Heed To