India is most probably the only country, where people worship Goddesses. The purpose for which they pray can be biased. It is totally strange that people pray for a son, offer ‘Prasad’, do ‘Mannat’ before the Goddesses and their masculinity does not get affected by it.

In our country, we worship daughters in ‘Kanya Puja’ and at the same time many of us are oblivious about the seriousness of female foeticide, infanticide, rape and the list goes on.  Many people believe that the condition of women has changed drastically and it is far better now, while others believe that the situation of women has changed already and no further development is needed.

I always believed that the situation of women has improved in our country, however when I hear news of women being barred from entering temples, I feel that we still have a long way to go when it comes to feminine power.

In ancient India, social activists, like Raja Ram Mohan Roy, Iswar Chandra Bidya Sagar, Savitri Phule raised their voices against ‘Sati’ and widow remarriage. They challenged these practices  and succeeded to eradicate the evils from our culture. In the modern, contemporary world women are still struggling with several issues and one of the most debated and controversial issue which ignites a fire in our hearts and continues to be a hot topic is about the sacredness of a woman based on the purity of her body.

Another issue, of the similar kind, is the ‘Sabarimala temple issue’ where women between the age group of 10 to 50 years are not allowed to enter into the temple. The temple authorities claimed that the male God resides within the temple and thus women mustn’t be permitted to enter, as that would be a form of distraction. Are any such conditions for laid for men ?

In Odisha, a unique festival called ‘Rajo’ is observed every year, which celebrates the biological cycle of a woman which is often a ‘taboo subject’. But like many states in India, here too, the purity of a woman is judged, based on her biological cycle. It’s truly strange that we live in a country, where we’ve been worshiping  Goddesses since eons yet we still question the woman’s purity. There are many countries who do not follow rituals of worshiping women deities. Countries like Japan, Indonesia, China, Taiwan and South Korea are giving ‘Period leaves’ to their female employees and we as a country are caught up in this messy debate, of judging the purity and impurity of a woman’s body. In my opinion it’s a real shame. 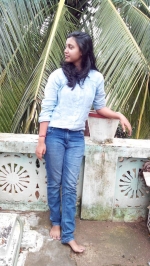