Here is a true story of a woman who chases the speed and thrill of motorbike racing, meet Aishwarya Pissay, the racer. 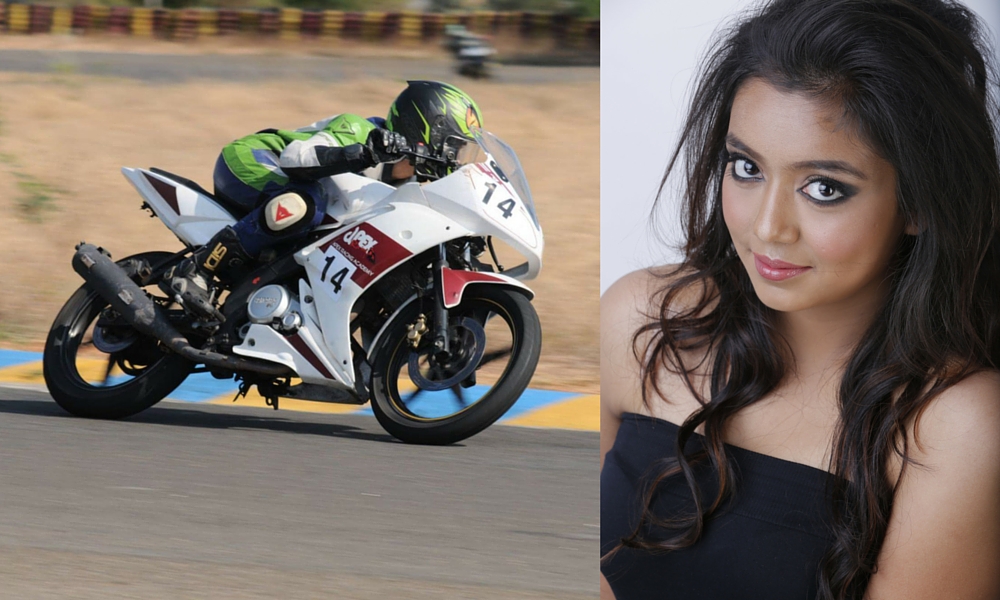 Here is a true story of a woman who chases the speed and thrill of motorbike racing, meet Aishwarya Pissay, the racer.

Studying well, getting a degree, finding a job – all part of so called ‘settling down’ in life might sound good but wait, what if you had other dreams? The dreams of doing something offbeat, the dream to be on the move, on the road, at breakneck speed, wind buzzing through your hair and the road inviting you to take that leap every second?

If that is what you dream every moment, then would not it be sad to sit on a college bench or at an office desk for hours and not finding the right spirit to go forward and feel the real self? In that case, the idea of trying to fit and find your place in traditional society might not be your cup of tea, as well as Aishwarya Pissay’s.

Meet Aishwarya Pissay, a motor cycle enthusiast, whose dream to cover all those miles and establish herself as a professional international racer one day. Her journey was not a bed of roses but that did not stop her to be a worthy contender for the upcoming National Level Motorcycle Racing Championship 2016. Here goes her story.

How were the seeds of racing sown?

When she was a kid, she happened to watch one of the MotoGP races with her dad and she had goosebumps and was awestruck from the experience of watching it. From that moment she wanted to do the race too!

Talking about her background

Aishwarya says, “I come from a background of separated parents. My mother is really supportive since she couldn’t explore her life and she lets me do everything I am interested in. I finished my 12th in 2014, took a year off from studies and will resume my education this year. Also I do freelance modelling. I started Modelling when I was in college since 2012.” Aishwarya used to travel a lot and she used to ride fast, so a fellow rider once suggested that she should get trained for racing from Apex Racing Academy since she had the right age and the right skills for it.

She adds, “At the time it was suggested that I get trained as I had finished the following but never submitted it.

Talking about her inspiration for racing, she says, “My inspiration was Ranjana Gopalkrishna, a senior from college who happened to be travelling a lot on her Duke 200, and since I lost a year of college I started travelling with her after I had also bought a Duke 200.” Given the field of racing, knowing a woman doing it might raise quite a few eyebrows in the society, but Aishwarya is very cool about about it. She offers, “When people are surprised to hear about me as a racer, I just share my story as to how it started and they are really proud of me!”

When she does find critics, she manages to deal with them too. She adds, “People sometimes tend look down on me saying it’s not my thing and I should get a degree and settle down, and stop doing these stupid things. I want to tell all the men in the society that women can do it. And with all the support and training by my academy I am able to grow in this field.”

How does she prepare herself for racing?

Aishwarya has a personal trainer at a Bangalore gym and a coach in the academy. She adds, “My personal trainer, Pawan takes care of my fitness everyday and I am given a diet to follow. Racing is in my blood and I have the hunger to make a name for my self and to break the sterotypes. My coach, Jeeva B Reddy motivating me every single day, pushes me to stay focused on my dream to become a international racer someday soon.” She is just 4 years into racing and already has many credits to her name. She says, “20th Feb 2016 was the first time I raced at MMSC Chennai. I secured 4th and the feeling was amazing but I was unhappy that I didn’t come on the podium so I have been training really hard to get there and recently I came first.” Her other achievements in her own words- Apart from the races, she adds, “I participated in a reality show called Ceat MTV Chase the Monsoon Season-2 where I rode  from the Rann of Kutch to Cherrapunji on an Impulse bike for 24 days, covering 8,500 kms. There were four teams and we secured the first runner up in it – it was aired on TV in September, 2014.” Talking about her goals, she says, “I started training at Apex racing Academy since May 2015. My future plans are to participate at The Motorcycle national Championship 2016 in the group-D category 150 cc stock novice with the men and I am going to represent India at the Asian Talent cup selection round this year at Malaysia.” Aishwarya says, “Racing requires a lot of funds to establish yourself and to take forward the passion for racing. Every race weekend I end up spending Rs. 30,000/- which includes my stay, travel and the entry for the races. So I have created a Fundraising Campaign on ketto.org to make my dream true.”

So, what if you are a woman and want to race?

Aishwarya advices, “Racing is a whole new platform to explore your life about speed and pushing your limits. It makes to feel alive every second, so just go for it . Nothing can ever replace the feeling of racing. So women, go explore!”

Here is the link to her fund raising campaign – Ketto