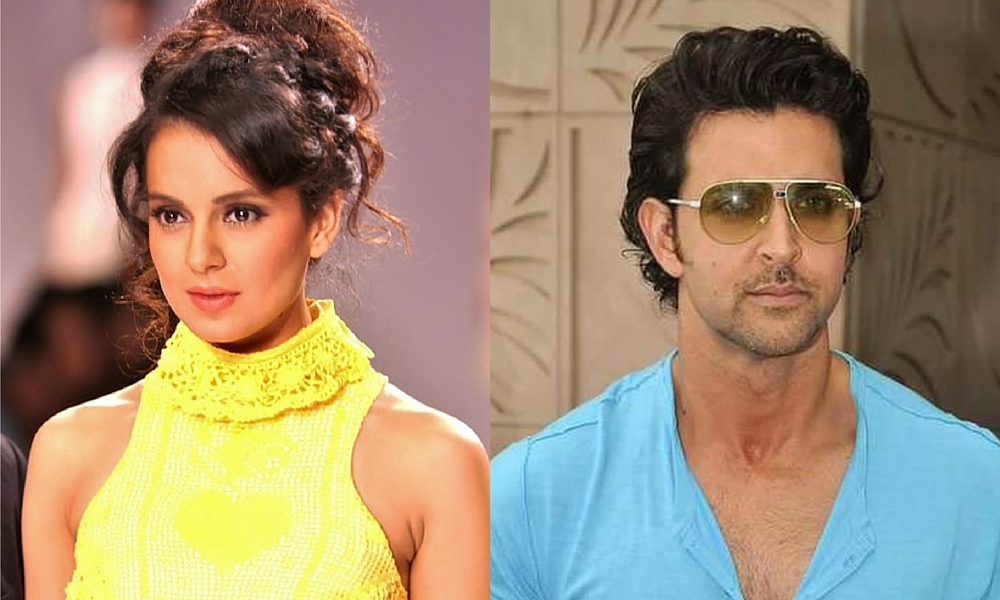 As Indians, thanks to our media, we are always kept abreast about scandals related to celebrities. Even if you aren’t a person taking a keen interest in such news you can’t help but read about it because starting from the trending topics on social media platforms to the newspapers, your senses will be bombarded with the news till you sit up and take notice.

Recently, two of India’s most popular actors, Hrithik Roshan and Kangana Ranaut seem to be involved in a legal battle regarding their relationship (or the lack of it).

To be very honest, I respect both of them as actors. Kangana Ranaut has been portraying some of the finest feminist characters in Bollywood and even her interviews show her as an intelligent and strong woman. Naturally, she is one of my favourite actors in recent times. But, I have a different question.

Since I like her so much, should I give her the benefit of the doubt and suggest that the other party is wrong and trying to malign her? Mainly because Hrithik comes from an influential family and had it easier in the industry than her?

I think it is unfair. Please, don’t think I’m supporting him here. No, I am not.

But the feminism I have always believed in, teaches me to talk about justice and equality. That feminist in me says that though I’m a big fan of hers, I just cannot support her only on those grounds. That would not an objective judgement.

Apparently it all started when Kangana issued a legal notice against Hrithik. Then he went on to provide evidence about how he was being harassed. Next, a former boyfriend also brought allegations against Kangana. The latest news is that Kangana stated in an award ceremony that she’ll let her success speak against those allegations.

Kudos to her for tackling her haters with grace and fearlessness. I absolutely respect and admire her phenomenal strength of character.

But until the verdict is out in this extremely complicated case, all I say is please let us not point fingers at either of the parties and say things like, “Oh, he has a rich dad and a huge influence so he can get away with anything” or “Oh, she will earn the sympathy by playing the victim card”.

Point is, if we believe what is projected onscreen we might be too hasty in judging a human being. We should step back and think, instead of being swayed by whatever rumors are being brewed by the media.

I feel for both the celebrities and think that justice should be served because if either of them is being truthful then he or she has definitely suffered in the hands of the other person. Let us be compassionate and sympathetic towards people irrespective of their gender. I feel that is what feminism advocates as well.