Why My Nose Ring Says Nothing About Who I Am

We evaluate women and their morals, attitudes and sex lives based on what they wear! It’s time to stop. 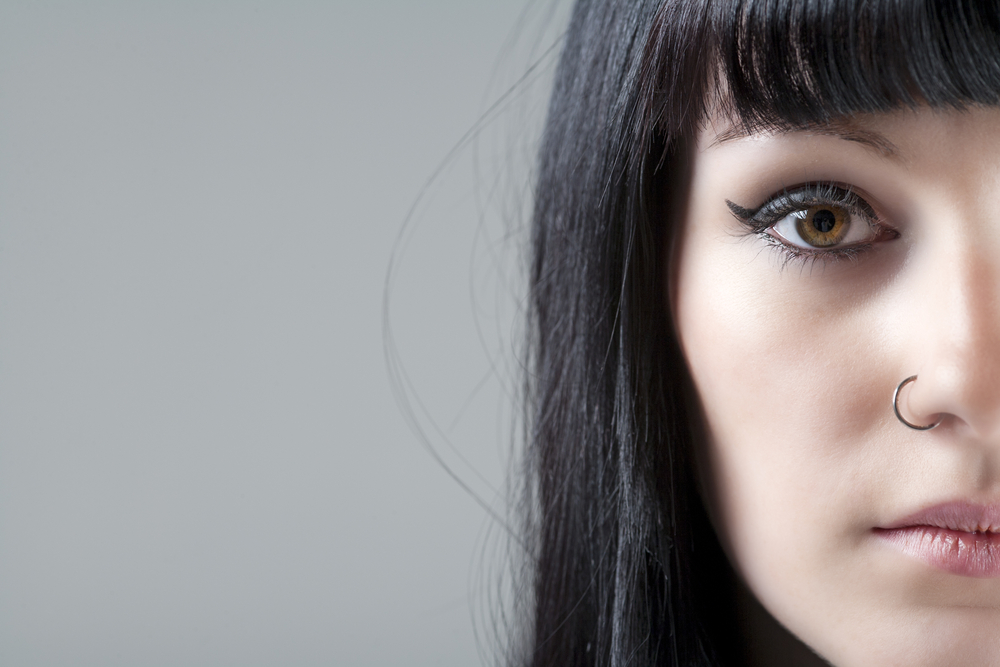 We evaluate women and their morals, attitudes and sex lives based on what they wear! It’s time to stop.

How often have you heard remarks like ‘par kati auratein’, ‘dented-painted women’ and ‘sau tunch maal’ and cringed at it? The politicians of this country have very often ridiculed women and labeled their choices as being modern…and something to be looked down upon.

The question to be asked here is, what is wrong in being so called ‘modern’? What is wrong in expressing your choices and doing what you feel like doing? Why are women put under the microscope all the time? Even if you take a small thing like nose piercing, depending on where you live, the presence or absence of it can label women as loose and characterless!

Rewind a few years, and look at all the grandmothers around you. I bet ninety percent of these women would have had nose rings and that would have been considered ‘traditional’ and not immoral. Did you know that the art of nose piercing has been around since the 16th century? It is extremely popular in India, Pakistan, Nepal and South Asia and has gained popularity in the West beginning from the late twentieth century.

In India, the left side of the nostril is most commonly pierced as Ayurveda associates this point with the reproductive organs. It is believed that piercing this point makes childbirth easier and helps in lactation. It is also the way of Hindus to honor the goddess Parvati, considered the goddess of marriage. I’m not sure how many women really knew about this but nonetheless continued the practice as a tradition.

So, what has changed in the last couple of decades for the perception to have taken a one eighty degree turn? Why does society generalize women based on their choices? Is it because the West has adopted this concept and the advocates of ‘Indian’ culture have to oppose anything that the West does, irrespective of the origin of the practice? Is it because in the West, a nose ring is considered a mark of rebellion? Could be! Unfortunately, much is made of these inconsequential matters and as women (and many of us mothers of children), we must refrain from adopting the hypocritical ways of the society as mentioned below.

The My choice Vs. My son’s choice paradox

Most of the traditional would-be mothers in-law would insist their daughter-in-law to-be to have a nose piercing keeping up with the tradition of their community. This is most common across the states of Punjab, Haryana, UP, Maharashtra and the whole of South India. But, the same mother-in-law would look disdainfully at her son’s girlfriend if she wears Western clothes and sports a nose ring. Why?

To tattoo or not to…

A married woman getting inked will be considered a display of love and even devotion towards her husband. But, a young unmarried woman wanting a tattoo will have to take the permission of her parents. Most of the conservative or let’s say ‘risk averse’ parents will convince their daughter to postpone her decision or think about it. Some may also just say that “Do whatever you want to do after your marriage, not now!”

A woman in most parts of rural India will go through the process of nose piercing by the age of 16. But, the same 16-year-old urban girl is considered to be heavily influenced by the West and as being ‘wild’ if she does that.

You don’t win the silver?

Gold is considered auspicious and holy. India is the largest gold consumer in the world and this comes as no surprise as gold is considered a woman’s ‘dhan’. However, silver is not given the same treatment as gold.

If a woman opts for silver or sterling silver jewelry, she is tagged as being ‘Westernized’. Thankfully, we see this trend reversing with many women openly declaring their love for silver. Bollywood actresses like Sonam Kapoor, Kareena Kapoor, Vidya Balan and Deepika Padukone amongst others have worn silver jewelry and this has opened up the shackles of many women still stuck with gold.

So, ladies…break free of these meaningless shackles if you are still bound by them…teach your sons to respect women for what they are and not for what they wear. Teach your daughters to be comfortable in their skin!

As for you, go and get that nose piercing done if you have wanted to get it done but are shying away from confrontation!

Image of woman with a nose pierced via Shutterstock