What was the truth? Was this child his real son, or the 'other'? A riveting horror story by one of our star fiction writers. 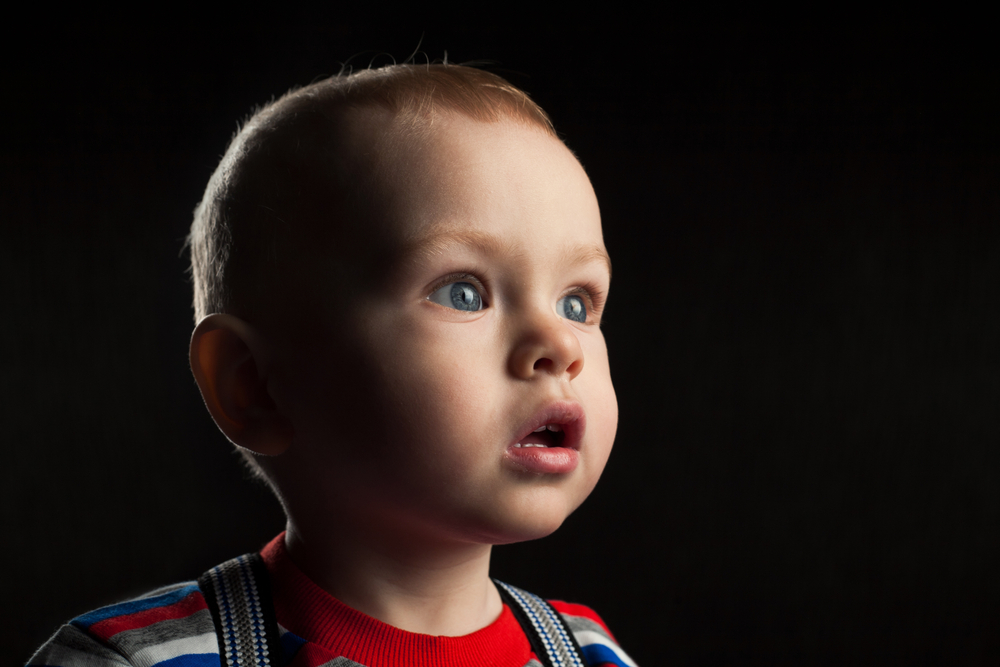 What was the truth? Was this child his real son, or the ‘other’? A riveting horror story by one of our star fiction writers.

Matt was lying on the couch watching baseball. He had a pizza box open on his chest and was enjoying himself. After all it was his weekend off and he had every right to enjoy it. He looked at the clock, it was already time to put his son to bed.

He crushed the empty can of cola in his hands and heaved himself up. He had given up drinking ever since that fateful night four years ago. But he did now want to think about it now. He always looked forward to the few minutes he spent with his six-year-old son David at night. Answering his innocent questions made him forget all his weariness.

He went inside his son’s room and saw him standing by the door, clinging tightly to his favorite toy. One look at him and Matt knew he was deadly scared. He was afraid about something. It was strange watching that expression of fear and disbelief on his beautiful innocent face.

The moment David saw Matt he walked up to him and whispered, “Dad, there is a monster in my closet.” Matt smiled, so that was it, Monsters! Matt took his hand and said, “Come, lets scare away the monster.”

He walked up to the closet, opened it and stared right into the eyes of his scared six-year-old son! David stared at Matt from the closet and whispered, “There’s a monster in my room.” Then he saw ‘himself’ standing by Matt’s side and slowly very slowly said, “That’s him!” And started crying.

Time simply stood still for Matt. What was this, a nightmare come alive? What was he supposed to do, there he was and there he was, but which one, which one was his son.

They looked up at him with the same innocent blue eyes, the same fear on their face and yet a kind of hope and assurance was slowly spreading, “Daddy was here and now I will be fine.”

Matt took them by their hands and brought them to the kitchen. He kept staring at them? Which was He? And who was He? Matt was confused, he couldn’t think and he wanted to think. To buy time he started asking random questions about games his son played, the books he read to his son.

For a second Matt wondered whether he had twins, but that obviously was ridiculous. Then what was it, a dream? Suddenly Matt saw his son smiling at him, the same innocent mischievous smile that always disarmed him completely. Matt smiled back and his ‘sons’ smiled back at him.

Matt kept talking rapidly, kept asking questions, telling anecdotes. He needed time lots of it, but for what?

And then in a fraction of a moment something flashed in his mind. One of his sons was answering at least a fraction of second later. One of them was nothing but a mirror image! Matt continued his questions and became more and more certain of the difference in time.

Matt slowly edged towards the countertop and took a knife and hid it behind his back. He walked slowly towards his sons. But he wondered was this much evidence enough? But enough for what? His own son? Matt gripped the knife tightly in his hand and plunged it deep….

Matt woke up with a start, he was lying on the kitchen floor, David was nowhere to be seen. No David, no body! The knife was still in his hand, but he could not be sure if the barely visible strains of red on the blade were blood or something else. He stumbled up the stairs and pushed open the door and looked at the bed, his son was lying peacefully. But something was wrong, something was nagging at the back of Matt’s mind, but he could not be sure.

He rushed to his son’s side. David opened his eyes and hugged him. Matt felt all his weariness, fear, tensions wash away from his body. He was relieved, he hugged his son tightly and caressed his hair. David snuggled up to him and whispered, “It is okay, Daddy, it is okay. But let us not tell mommy anything about it, we do not want to scare her, right?”

Matt stiffened. His wife! He pushed his son away and stared at him. He was still smiling. “Mom will be home any minute now. There’s the doorbell dad. Mom is home.”

Matt could actually hear the doorbell ring. His wife? Matt hadn’t forgotten that unfortunate night when he had lost his wife because of drunk driving.

Matt slowly stood up from the bed and like a zombie walked out of the room and closed the door, the bell ringing continuously. And then it suddenly hit him, the thought that was nagging him continually.

The lights in David’s room were all switched off. His son who was afraid of darkness was lying peacefully with no lights in his room.

Header image source: little boy in the dark by Shutterstock.