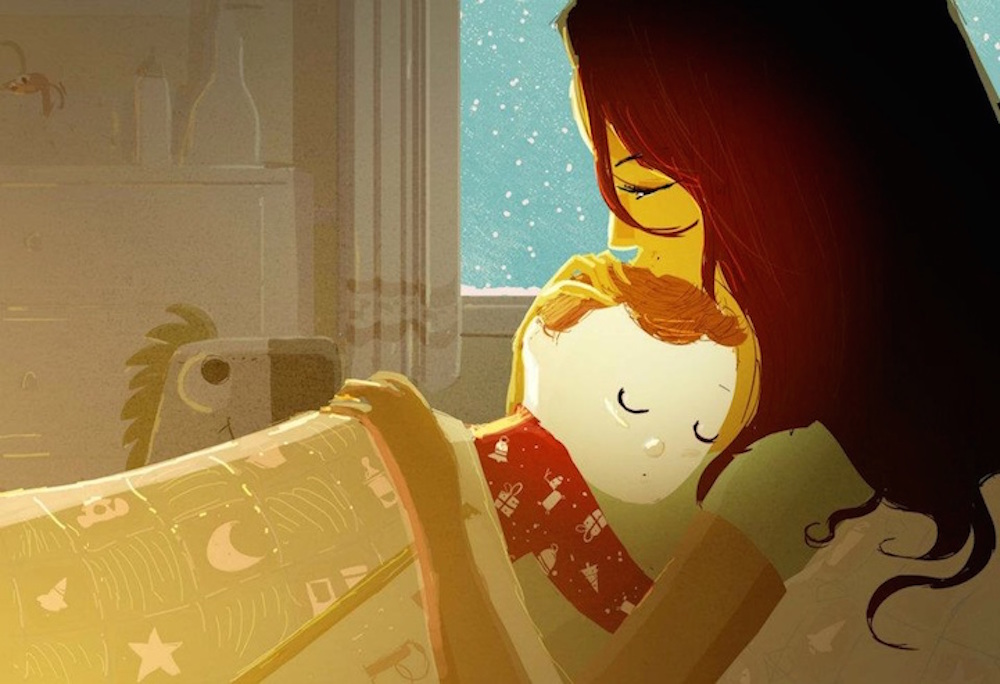 All of us know of Mother’s Day, but how many of us have heard of National Safe Motherhood Day?

That is why since 2003, the government in India uses the National Safe Motherhood Day on April 11th each year, to renew its focus on this issue, and continue working to improve the health of and care for expecting mothers.

This year, W for Woman, the popular and trendy women’s apparel brand, has chosen to participate in the conversation around National Safe Motherhood Day too!

Participate in a simple, yet memorable contest to raise a toast to motherhood, and take a pledge to promote safe motherhood in the country.

As we celebrate the National Safe Motherhood Day so that every child gets the safe haven of a healthy mother, here are some examples of famous men and women around the world who understood that they were ‘sons’ and ‘daughters’ before anything else. And perhaps they got the afore-mentioned realization earlier than most of us.

Read on to discover that the most admired people in the world owe most of what they are to their moms. And have no qualms admitting it…

Nelson Mandela, the super popular anti-apartheid leader who went on to become the first elected black President of South Africa in 1994, was born to mother Nonqaphi Nosekeni and father Nkosi Mphakanyiswa Gadla Mandela. He spent the first years of his life at his mother’s village of Qunu. It was his mother who took him to the ‘Great Place’ palace at Mqhekezweni. This was the turning point in his life where he developed an interest in African history which later translated into his struggle for equality. A mother’s simple but firm desire for righteous education for her child gave the world one of its greatest leaders! In his autobiography, he describes his mother as the “centre of my existence”.

Most people would recall November 14th, 2013 as the day Sachin Tendulkar played the last test match of his cricketing career. But for the ‘Master Blaster’ himself, the day was made far more special because of the singular fact that his mother Rajni Tendulkar was witnessing her son playing ‘live’ for the first time. He had tears in his eyes when he mentioned this in this post match address. Later, he gave the first copy of his autobiography ‘Playing It My Way’ to his mother and wrote ‘Gave the first copy of my book to my mother. Look of pride on her face was a priceless moment!’

An artist who unabashedly attributes her success to her mother, Mallika Sarabhai paid a fitting tribute to her mother, Mrinalini Sarabhai by performing on Krishna Nee Begane Baro, a Carnatic composition in praise of Lord Krishna, in front of her mother’s body. An emotional outburst, this was an unparalleled homage from artist to an artist…a hauntingly beautiful farewell from a daughter to her mother.

Leonardo DiCaprio stunned everyone by walking the red carpet with his mother at the Oscars 2016. And guess what! She proved to be his lucky charm as he picked up the Oscar for the Best Actor after being nominated six times earlier but never winning one! You get what I am saying… a mother’s prayers never go unanswered.

Loved reading these tributes? We have more for you, but do take a moment to write your own tribute to your mom!

Narendra Modi, the Prime Minister of India has always expressed his love for his mother. Whether an important election or a personal event like his birthday, he never ceases to take his mother’s blessings. Recently, in a townhall session with Facebook CEO Mark Zuckerberg, he broke down while talking about his mother, Heeraben. What he said was truly touching. He said, “When I was young, to raise us she worked in our neighbours’ homes cleaning dishes, filling water. There are lakhs of mothers who have given up their whole lives for the dreams of their children…A mother never cares what you become. She cares who you become.”

Vikram Seth’s mother Leila Seth was the first woman chief justice of a state high court and growing up with a powerful woman at home reflects in many of the woman characters in his novels. Leila Seth never left the hand of her ‘child’ even when he took the most difficult decisions like throwing away a World Bank offer to follow his passion for poetry. Neither did she back away in accepting her son’s sexual orientation. With a woman of steel for a mother, it is any wonder that Seth has seen such resounding success in his life?

Maya Angelou’s mother Vivian Baxter had to leave her with her grandmother when she was very young, and they started living together again with Angelou was almost 13. Despite a tough start to the relationship, Maya Angelou has written beautifully about her mother’s immense faith in her, and her conviction that she had something powerful within her. Her mother’s belief in her led her to believe in her own worth and pursue life as a writer.

Odessa Clay, mother of Mohammad Ali was a devout Baptist and imparted the purest of her teachings to both her sons. Ali owes his sense of righteousness, equality and benevolence to his mother. Thinking about his mother, he says, “She taught us it was wrong to be prejudiced or hate. I’ve changed my religion and some of my beliefs since then, but her God is still God; I just call him by a different name.” This is one child who realized the true essence of his mother’s love, and the value of her teachings. It gave him the courage of conviction to fight both inside the ring and out, and have unshakable faith in God despite a difficult battle with Parkinson’s syndrome.

Time to honour your mom!

On the occasion of National Safe Motherhood Day, how about taking a few minutes to raise a toast to your mom?

Go over to the W For Woman Facebook page and tell us how your mom has impacted your life. The best stories get to win fabulous goodies from W For Woman!

In association with W For Woman

Ruchi Verma Rajan is a woman on a mission of self-discovery. An avid reader

The Story Of Gauri Sawant Is Proof That Motherhood Is A State Of Mind!

The Let Down: A Netflix Comedy That Captures The Unfunny In New Motherhood