How The Lines Between Religions Get Blurred In The Indian Army, United In Their Service To The Nation

In the Indian army all religions follow just one faith - 'service to the nation'. A thoughtful article by an army daughter who is now an army wife. 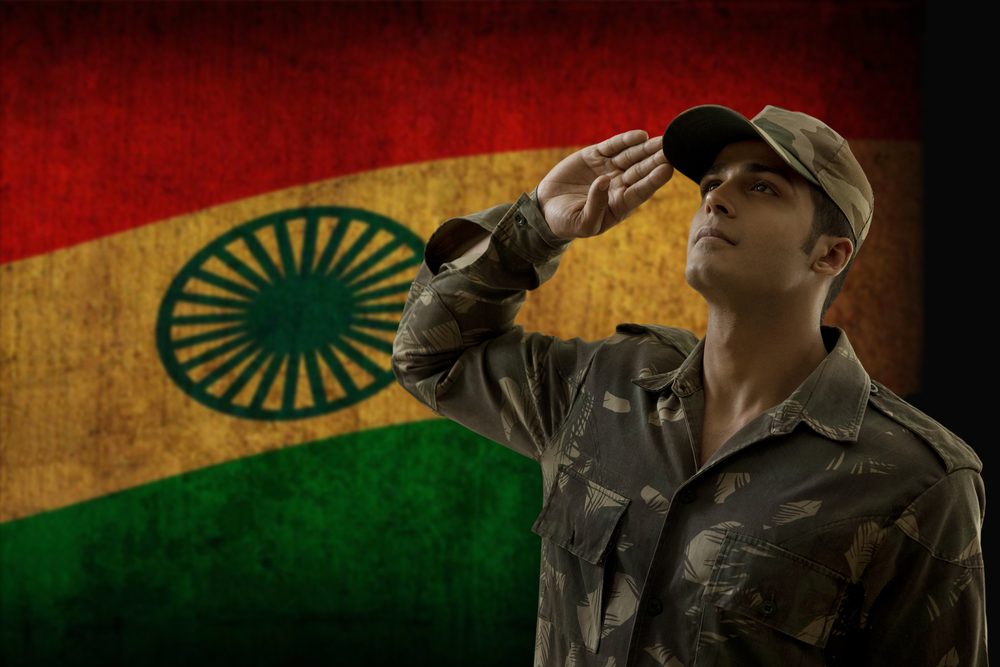 In the Indian army all religions follow just one faith – ‘service to the nation’. A thoughtful article by an army daughter who is now an army wife.

The Indian Army always strives to meet the religious needs of all its soldiers, of all faiths, in a harmonious way. This has helped the troops to fulfill their moral as well as ethical duties whole-heartily, making them imbibe self-discipline and reducing stress and overcoming loneliness in field areas, when away from their families.

India is one of the world’s largest democracy and known for its secular nature, unlike our neighbouring country, but I still marvel at the gullibility of our people to be provoked with audacity in the name of caste or religion. For example: the recent controversy on beef ban or no ban or fights for the reservation quota.

In this sea of hatred, as an army born, bred woman, and now married to an army man, I have never come across this divide pertaining to the religion or being secular. The rules, regulations and faith with which the men donning the Olive Greens run or function, makes the Army more like an oasis in the desert full of scorching myths and parched disbeliefs surrounding it. Armed Forces are truly secular and apolitical in nature. Believing always in the welfare and honour of the country with discipline and camaraderie.

Each officer and jawan is dedicated and identifies himself with the welfare of the troops, no matter which religion they follow, all in unison attend weekly religious prayers of all faiths.

As an army officer’s daughter, I have witnessed and seen my father and his troops participating in all the festivities of all faiths. I have learnt from him that once you put on the Indian Army Uniform, the caste divide is totally sublimed and never visible. From bhajans in temples, Gurubani in gurudhwaras to Church service. The faith of a soldier is never questioned. Of course, the battle cry of each regiment is still intact. In the Sikh Regiment it is “Jo Bole So Nihaal”(God is truth). “Ayo Gorkhali”(Here comes Gurkhas) is for the Gorkhas. “Jai Jwala Mata Ki” is for the Dogras, and so on. But this deafening battle cry by the troops is the act of final assault on the enemy, do or die becomes their motto. Such war cries revitalizes the troops.

There are so many such examples.

Many times the battalions distribute ‘chabeel’ (sweet water) on the roadside to the persons passing through the way and proudly displaying the banners showcasing the valour and battle honour awarded to them, irrespective of any religion.

Now-a-days it is commonly seen in mixed battalions that the Maulviji, Panditji and Granthiji take over the religious duties of the other, if the other is proceeding on leave, or in each other’s absence.

It is very commonly seen that when the unit change guards on the Line of Control, or guard posts and bunkers are occupied by the new ones, the Indian Army traditionally follows the same regimen in worshiping the deity or statue installed by the predecessors. It is worshiped as their own, whatever the religion may be of the successor occupying the post or bunker.

In Mathura and other cantonments of pre-partition days, mosques constructed for Muslim troops during undivided British Indian Army still continues to be maintained and Id and all other Muslim celebrations still take place there.

Our troops on the bordering areas, abstain from alcohol and non-vegetarian food on each Thursday, the reason being that they call it ‘Peer Baba’s Day‘, which is otherwise significant for the Muslims. While my father was posted in J&K, staying in a separated family accommodation at Badami Bagh cantt with my mother, we never missed going to the Peer Baba Dargah situated in Badami Bagh cantt. It was a spacious Dargah duly painted with green paint, with the smell of burning incense sticks. We would give boondi packets as an offering to the Maulviji and in return he use to give us kheel-patashae as ‘prasad‘.

It was always fascinating to know and many times to see that the qualified priests in uniform with badges of rank in war performed religious ceremonies and were permitted to put on civilian wear in normal circumstances. They also imparted religious discourses and lectures on values to the troops. Panditji as we addressed the priest, use to read the horoscope of the unit’s founding day also known as ‘Raising Day’ of the unit. In non-combat also known as ‘Family Station’ even the families of all the soldiers attended the Mandir Parade.

At high altitudes or field stations, religious teachers visit the troops regularly, to raise their morale.

It is a well known fact that once commissioned in this prestigious institute called the Army(Armed Forces), the religion of all officers and jawans joining the forces becomes ‘Service to the Nation’.

As a child and now as an army wife, I have seen no change or disparity amongst the troops in the name of the religion. During mandir programmes, I have seen all faiths being equally respected. From attending the mandir programme bare feet and after putting my shoes, washing my hands, next attending the church, has made me respect all the religions and has always erased the discrimination between any.

While reading one of the books on the compilation of the real incidents about the Army, I came across a conversation between two Sikh soldiers, where one soldier was perplexed and did not understand why there was a holiday on Christmas, so the other soldier came up with an explanation and replied that it is the ‘Gurupurab‘ of the Christians.

In fact I have witnessed the Mandir, Masjid, Church and Gurudhwara sharing their premises and truly becoming an example of “unity in diversity”.

The faith of the Army is to achieve victory in operations, whether rescue or fighting insurgency. The troops function as a team and not as individuals.

In a ground breaking new step, Permanent Commission will now be granted to women in the Indian Army across 10 branches of the Indian army including signals, engineering, army aviation, army air defense, electronics and mechanical engineers.

In a ground breaking new step, Permanent Commission will now be granted to women inducted for Short Service commission in the Indian Army. This Ministry of Defence has taken the necessary steps to ensure that this rule is valid for 10 branches of the Indian army including signals, engineering, army aviation, army air defense, electronics and mechanical engineers.

This announcement comes just a month after a decision was taken to induct women in the Military Police, which Defence Minister, Nirmala Sitharaman called a historic move to increase the representation of women in the armed forces.

Can women undertake combat roles in the Indian army, or are women's bodies inherently unfit for frontline work in the army?

So it was only in the 1990’s that the Indian army started accepting women officers into the regular army. Now being a civilian myself who comes from a civilian family, this was not something that I really dwelled upon. But then last week I came across this statement by an American Marine Captain Katie Petronio. She says that women should not be put in combat and also that integrating women into the Marine Corps will result in, “a colossal increase in crippling and career-ending medical conditions for females.”

You can read the whole article here. Now this got me thinking and also googling.  END_OF_DOCUMENT_TOKEN_TO_BE_REPLACED