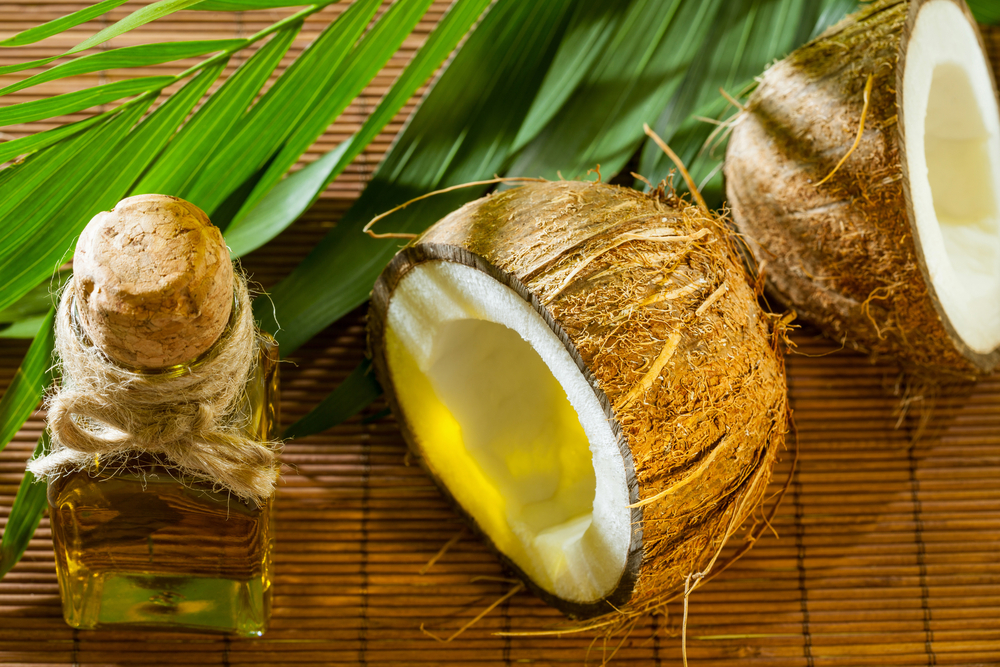 Coconuts and coconut oil is often perceived as bad for your health except for use on the hair. But do you know the many benefits of coconut oil for a healthier you?
The minute you hear the word coconut, first thing that comes to mind is ‘calories, calories and more calories!’ To my mind it is- “Yummy calories!!” Yes, I am one of those who just loves the coconut flavour and could really eat things made out of it all day long. Though the big issue here is, that I am still trying to get that pregnancy weight off, so coconut is off limits. But then, I was doing some research (the curious soul that I am), about healthy eating a couple of months back and one thing that came cropping up was coconut oil! Yup, you read that right!
Believe me when I say this, coconut oil is very healthy and no, not just for those lustrous locks that you’ve always wanted, but also for cooking food. All my South Indian friends would be laughing at me right now and pointing “see, you should’ve listened to us”. But coming from northern part of India, I’ve never seen anybody using coconut oil for consumption. It’s just been a staple in the house for long and silky hair, and its use is limited to that.
When you talk about healthy cooking, coconut oil is one thing that should become a staple in your pantry. Here’s some science about it: So, now the question comes, how to use more of coconut oil at home?

Below mentioned are some of the ways I’ve incorporated in daily use:

What kind of coconut oil to use?

There are so many varieties available in the market that you’ll be surprised (at least I was). For external purposes any refined form can be used. But for internal usage it’s best to use unrefined virgin coconut oil, and here’s a link to the one I have started using and quite liking it.
How do you use Coconut oil? Would love to find more ways.
Image source: coconut and oil by Shutterstock.
First published at author’s blog

10 Reasons To Drink Coconut Water – It Is The Rajnikanth Of All Beverages!

10 Kerala Food Delicacies That You MUST Try On A Trip To God’s Own Country!

Try Out These 6 Healthy Food Alternatives Which Will Still Make Your Traditional Dishes Taste Yummy!