Getting A Child Ready For School: The Morning Drama In A Mother’s Life

Getting a child ready for school, is no child's play. A mother writes the drama she has to go through each day from waking her child to saying her goodbye to the school. 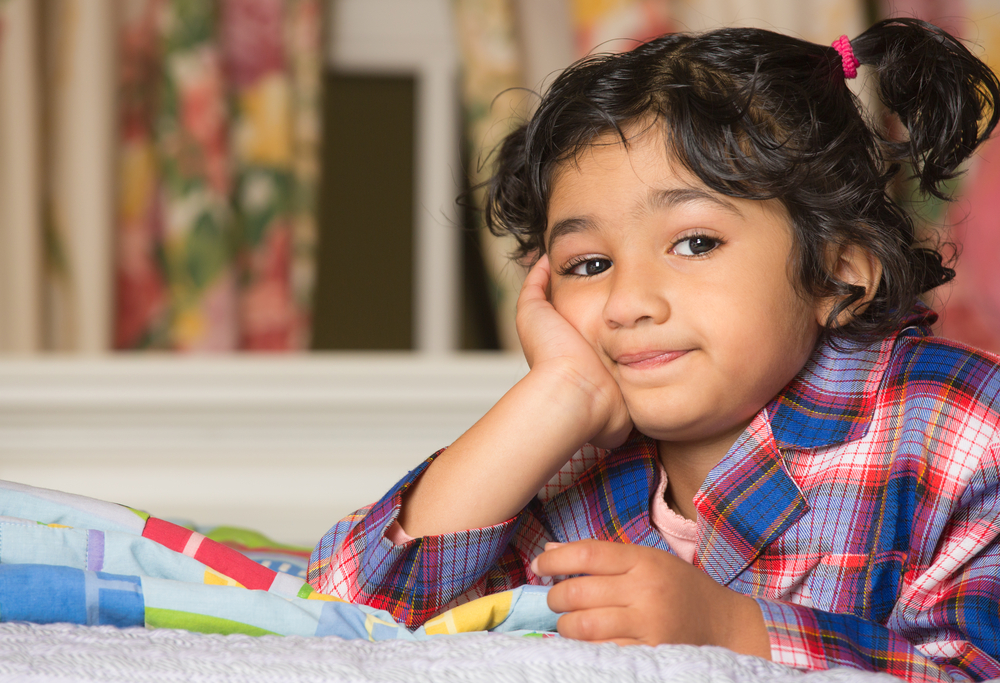 Getting a child ready for school, is no child’s play. A mother writes the drama she has to go through each day from waking her daughter to saying her goodbye to the school.

The sun has risen and it is a new day. The birds are chirping making quite an uproar and it seems as if they also realize that the mommy of the house (yeah, the hubby also calls you mommy at times ), is sleeping like a log. The mom opens her eyes gathering a surmountable amount of willpower and drags herself up from the comforts of the cozy bed. Ah, the immeasurable joys that slumber brings in can be only appreciated by ardent ‘sleep lovers’. Meanwhile, in the real world of a mommy, it is time to get going and begin the ordeal.

“Wake up, it is time”, she calls out trying to be ‘nice’ like those moms who very often make their appearances on the tv screens, thereby making her question her own ‘parenting skills.’ She tries to put up the aforesaid appearance for some time, but another glance at the watch makes her drop the act.

“You better get up or I will give your new tiffin to Riya.”

“You better get up or I will give your new tiffin to Riya,” she exclaims, quite sure that the idea of donating the newly possessed item to a classmate of hers will wake her up from her deep nap. And it works like a spell. The child stands upright with a nasty look on her face which says, “how dare you loony mortal .” Yeah, three years old can also have anger issues.

So, all is going well till now. The child is up. Step one checked.

Step two involves taking the angry child to the washroom and getting certain things done which comprise of brushing one’s teeth and most significantly, bathing. How do I go about it? The mom contemplates on wearing the garb of the ‘nice mom’ yet again and say something pleadingly and playfully, but as they say ‘time and tide waits for none’ and time sure is ticking by and hence she sticks to another trick from her own personal rulebook.

“Quickly, let’s brush and have a bath, don’t you know the monster is on his way.” Momma knows, she stepped ten steps down on the parenting parameter. The imaginary monster nevertheless helps the mommy big time and the child is all washed up. Step two, checked.

The mommy now has to cross another hurdle, that is dressing up the child.

The mommy now has to cross another hurdle, that is dressing up the child. The child does not like the dress she picks for her (she never does) and wants to wear something else and well, anybody would think why brood over such trifle of an issue. But, if her choice involves clothes which will make people ask the mommy “Oh, there’s a fancy dress thing at school”, then the mom needs to brood for sure. But, no worries, the determined mom has a weapon for such life situations. It is called “the J factor” and it mostly works. The mother tells her that if she wears the clothes mommy chose, she will look prettier than Riya. The girl concedes happily. Bingo. Step three, checked.

So far so good.

The last impediment is the toughest to cross. It involves making the child have her breakfast. Here the mother employs another tactic. “Eat this sandwich, come on, else daddy will eat it (with daddy lending complete support and yelling, “I want it, do not give her momma”). It works. Step four, checked.

The child is all set to go to school.

Mission accomplished. The mommy waves her goodbye. She then grabs a big cup of tea and sits quietly looking listlessly towards a wall.

Tomorrow will be another day, but why worry, “keep calm and drink tea.”

An Indian child image via Shutterstock