The Lesson: A Dystopian Novel By Sowmya Rajendran [Book Review]

Deceptively simple, The Lesson by Sowmya Rajendran is an easy read, but also a dystopian feminist novel that leaves you thinking long after you’ve put it down. 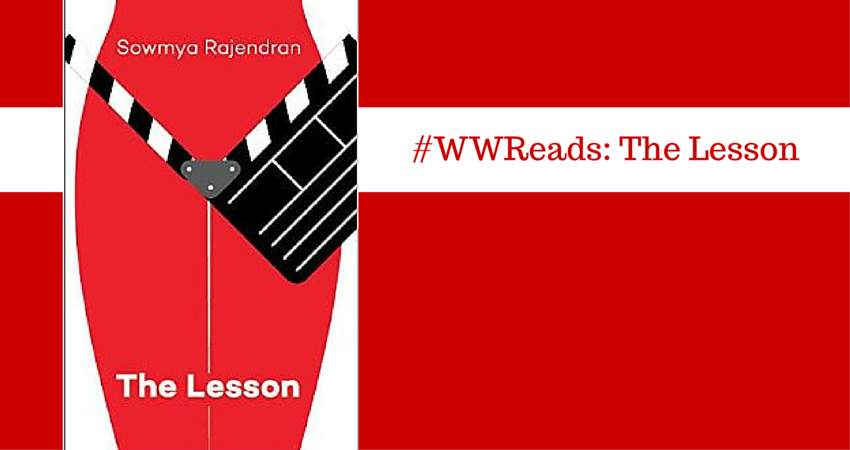 Deceptively simple, The Lesson by Sowmya Rajendran is an easy read, but also a dystopian feminist novel that leaves you thinking long after you’ve put it down.

Can rape ever be funny as a topic of discussion? What about sex-selective abortions? If those sound too ‘serious’, how about the pressure on women to marry and procreate by a certain age or risk being labeled too ‘forward’? Or the diktats to cover up with a dupatta to ‘avoid’ being molested?

Like me, if you too believed there could be little scope for anything humorous about most of these subjects, Sowmya Rajendran’s The Lesson will prove you wrong. Sure, it is not the kind of humour that will have you laughing out loud while rolling on the floor. Rather, it is the kind of dark, deadpan humour that can only happen when things are so terrible, that if you don’t laugh, the other choice that remains is to cry.

And crying, is the one thing the women in this dystopian novel are determined not to do.

Set in a dismal future India where women’s sexuality has been yoked by the State in the service of ‘nation building’, this India is a grim place. Here, women’s lives are preset towards one course; that of becoming ideal wives and mothers who will produce perfect male offspring for the nation. Women who deviate from this course in any way are counseled, nudged, corrected – and the recalcitrant ones – – punished with a ‘lesson’ in the form of a rape by a state-approved rapist. The ‘lesson’ assigned to one such deviant woman, described simply throughout the novel as the ‘second daughter’, is what the novel revolves around.

Horrific as that sounds, Sowmya Rajendran makes it seem all too ordinary and even plausible. Unlike dystopian feminist novels like Margaret Atwood’s The Handmaid’s Tale or even Manjula Padmanabhan’s Escape, where the reader is very conscious that this is an alternate universe, The Lesson made me shudder precisely because it resembles the present in so many ways.

After all, in the here and now, the actions of rapists in this country (and elsewhere) are frequently condoned on the grounds that women asked for it by virtue of being in the wrong place, at the wrong time, having the wrong character or simply because they incited the rapist’s lust by being female. From this state of things to a future where rape is a state-sponsored punishment is at once an audacious leap of imagination (because, it sounds ludicrous. After all, how many people people living under the heel of a fascist state saw it coming?) and not a big leap at all (what else after all, are Khap diktats to women to marry only certain caste-approved men, but community-sponsored marital rape?)

The Lesson is a short read; I finished it in one single sitting of two hours. Having picked it up, I found that I could not put it down without finding out what became of its engaging heroine, the second daughter. The second daughter is not an activist or even an avowed feminist, because this is an India where such things have been crushed out of the imagination. Yet, she is a rebel in the way many women are rebels in reality – constantly pushing at the margins of what is allowed, to breathe a little freer.

You could read this book as a cautionary tale if you are so inclined; but also, it is simply a very interesting and imaginative short read. Deceptively simple, The Lesson is a book that leaves you thinking long after you are done with the reading.