'Court' is a multi-lingual, award-winning movie that portrays the life of common people in India. Here is a review of the movie 'Court'. ‘Court’ is a multi-lingual, award-winning movie that portrays the life of common people in India. Here is a review of the movie ‘Court’.

The multi-lingual film ‘Court’ released last week. My parents wanted to watch it. We had read a few reviews by some reviewers. All had immense praise for the movie. So, we decided to watch it as soon as possible. We finally got to watch it and well, the movie was worth a watch, not just once, but many times over.

The movie tells the story of Narayan Kamble, a folk poet, who pens poems and sings them on stage. Kamble is a senior citizen and ailing in health. Pawar works for the Brihanmumbai Municipal Corporation (BMC) or Municipal Corporation of Greater Mumbai, and he cleans the gutters. However, one fine day Pawar  is found dead. Kamble is accused of causing the death by aiding and abetting Pawar’s suicide as Kamble had performed in the slum where Pawar resided. It is alleged that Kamble’s songs and performance instigated Pawar’s death.

Following the allegation, Narayan Kamble is arrested. Mr Vora, a Gujarati lawyer, comes onscreen as Kamble’s lawyer. There is a scene in the movie in which Vora says that he is unable to understand the public prosecutor speaking in Marathi. The judge says that he will help Vora with the translation. This scene points out the flaws in our judicial system. Although, the lawyer applies for Kamble’s bail, the bail application keeps getting postponed for some reason or the other, showing that delays are the only reality of our judicial system. Through the case hearing, the police officer makes excuses for the absence of the witness. Although the judge reprimands him, the feeling it evokes is of indifference and apathy. Nobody seems to be bothered about the death of the sweeper. The State is more inclined to make a scapegoat of the poet. After all, such things keep happening in Indian metros, and they seem small and irrelevant to many.

Pawar’s wife tells the court that he used to drink and then enter the gutters for obvious reasons. She mentions that the authorities never supplied safety gears like gloves, masks or gum boots to these workers. Her evidence makes the audience cringe. And if this is the indifference shown by one of the richest Municipal Corporation in Asia, it is better to leave things unsaid about the other municipal bodies.

The police and the State treats Narayan Kamble like a terrorist and this evokes humour. There are no bombs or guns, yet him singing songs, exhorting people to revolt is enough to get him arrested on the charges of sedition under the Indian Penal Code. Sedition refers to waging war against the established law and order. 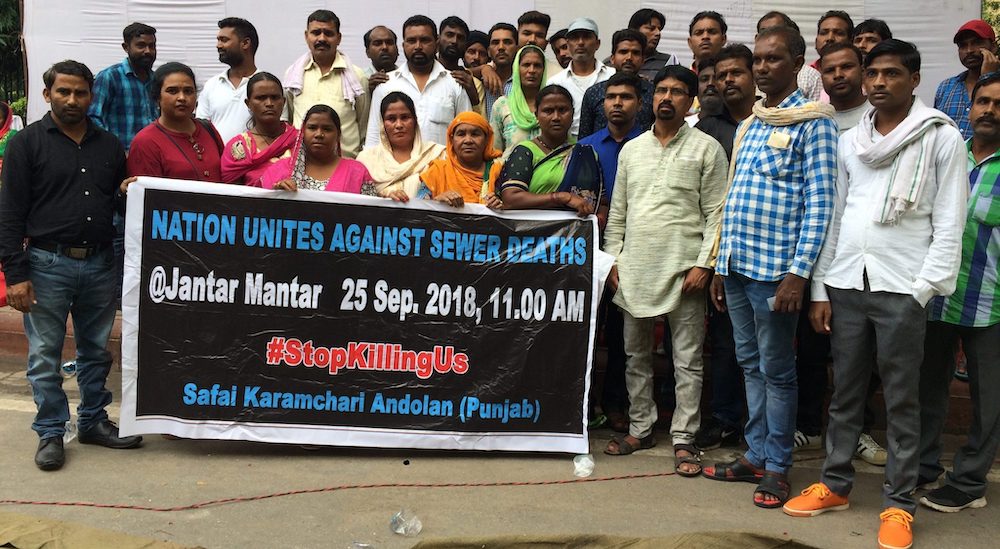 Manual Scavenging: Why Do The Deaths Of Workers Not Affect Us? 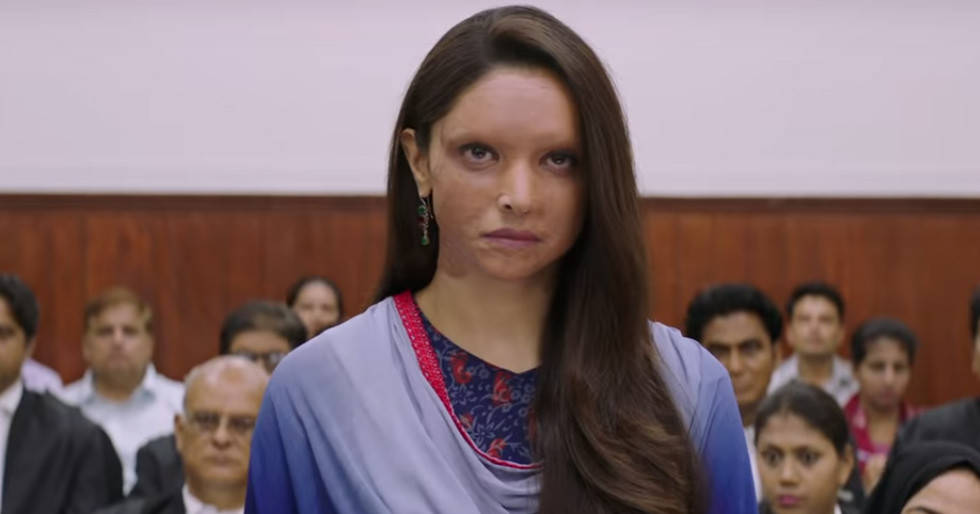 Deepika Padukone’s Chhapaak Is Definitely The Splash! Of Reality That The Nation Needs Right Now

Pawar’s wife says that if she keeps attending the hearing at the court, she will lose whatever savings she has. At this point, Mr Vora offers to help her financially; however, she declines the offer and requests him to find employment for her. This makes one ponder about the quiet dignity and self-respect of this woman even in times of grief. Such scenes make the movie very poignant.

However, after a while – Kamble gets bail after Mr. Vora pays the bail amount, and yet, the case has not ended. Kamble protests, but the lawyer tells him, “Please do not worry. This case is going to go on for long and you can pay me later.” The movie shows Kamble constantly under the State lens for his alleged activities of giving speeches, singing songs, publishing et al. All the parties know that no case ever ends in our judicial system, especially irrelevant ones like arresting and charging artists of instigating people against the Government. Yet, the law enforcers will strictly pursue such cases while the criminals, black marketeers, rapists and murders go about freely creating horror and havoc. Maybe, the police believe that the terror unleashed by such elements is enough to maintain peace. And they can do the real task of protecting the State, from elements like Kamble.

We see in the movie that Kamble is booked again. Will his lawyer bail him out this time? And what about his health? Will the judge grant relief in time and on what grounds?

All the actors have done justice to their characters. The court scenes are subdued and real, yet the irony of the judicial system hits home very hard. It leaves one questioning our judicial system, our metros, the sweepers who keep our surroundings clean and just about everything else that is going wrong. It makes us aware of the pitfalls and the irony of  it all.

This film won the Luigi De Laurentils (Lion of the Future Award ) for Chaitanya Tamhane, the director, at its premiere at the 71st Venice International Film Festival in September, 2014. This movie was awarded  the best feature film award at the 62nd National Film Awards. This movie has also won 18 other awards at various international film festivals.

The film has English subtitles, making it easy for the viewers to understand the dialogues.

Watching this movie, I felt that I was back in a courtroom, which I had left years back for a desk job. The industrial and labour court where I started learning the nuances of law was just the same as the courtroom in the film. It was yesterday once more!

Picture is taken from promotional material of the film

Pon Magal Vandhal, a courtroom drama starring Jyotika, takes up the important issue of child sexual abuse and points out that the law needs to evolve to address the needs of survivors.

With the threat of COVID looming, theatres are unlikely to open soon. Many movies have thus chosen to release directly on OTT platforms.

The much awaited Jyotika starrer Pon Magal Vandhal (The Precious Girl Has Arrived), is one such movie that dropped on Amazon Prime on the 29th of May.

More accessible translations of women's writing in Indian languages help us understand the lives of women to whom we need to pass the mic instead of speaking over them.

More accessible translations of women’s writing in Indian languages help us understand the lives of women to whom we need to pass the mic instead of speaking over them.

There is a rich tradition of women’s writing in Indian languages other than English, which will be lost if we do not work in earnest to translate them. Doing so is essential to break the echo chamber of feminism that emerges from privileged spaces.

Why ‘women in translation’?

August is women in translation month, when we bring into the spotlight translations of women’s writing. Why is this significant?