Do We Make Choices For The Right Reasons?

We make choices every day. What prompts us to make these choices? Do we make choices for ourselves? Here is a post that discusses these questions in depth.

We make choices every day. What prompts us to make these choices? Do we make choices for ourselves? Here is a post that discusses these questions in depth.

We live in a world spoilt by multitude of choices. In fact, it is said that making a choice is an art in itself. And what more, choosing nothing is also a choice! Yet, we still hear people say “I did not have a choice” or “I did not have a choice of liking.” In fact, there is never a state of no choice, and sometimes, choosing ‘none-of-the-above’ or putting off the choice-making for the time being, also exist as options. Well, whether we make a choice or not, we are still choosing something, and most of the times, for the reasons that we believe are right or simply because, it is what we think we want.

Now, are our choices made for the ‘right’ reasons? And if we believe we go for the right reasons always, how do we define a reason as right? I am not discussing here about the rightfulness or the wrongfulness of a choice, the pros and cons of it, nor the consequences of a choice; but merely, the basis of reasoning that leads to the choice. Usually, the factors that influence reasoning are the universally benchmarked rights and wrongs, societal norms, or personal preferences and beliefs. Whatever be the factor that influences the reason for one’s choice, doesn’t the factor itself become the reason for the choice, or the reason itself the choice sometimes, rather than just a decision-making tool, whilst being aware that factors keep changing?

When someone doesn’t prefer traveling, quoting the reason, ‘because of safety issues’, instead of a plain ‘I just don’t like traveling’, isn’t the reason itself becoming a choice, here?  Or to be more accurate, choosing the reason as a choice now, instead of the real choice itself? Shouldn’t choices be made more on the lines of what one truly wants and needs, and that gives one a deep level of contentment? Probably, when reasons or factors themselves become the choice or the problem, making right choices, or finding workarounds for a problem in a choice, gets difficult.

Shouldn’t choices be made more on the lines of what one truly wants and needs, and that gives one a deep level of contentment?

When a mother of an infant quits her job or takes a break, isn’t it due to what people will say, or self- or otherwise-induced guilt, sometimes, rather than a conscious decision in favour of the desire to enjoy the fruits of motherhood? Or when one moans about his or her life-sucking job and yet stay, and even build a career over it, isn’t it due to the fear of unknown and insecurities sometimes, rather than the love of the job, or passion for that career? Shouldn’t the reasons for a choice be what one truly wants and that which gives real happiness? Or else, why do we still feel a nagging emptiness inside us?

Aren’t we actually concentrating too much on the factors influencing the reasons, than the real choice itself? Are we choosing the reason or the choice? Probably, once we start reasoning, choices or solutions to the hindrances in a choice of liking, might become more obvious.

Shouldn’t choices be made for the choice itself?

I was fortunate enough to listen to some really enlightening reasons for why some choose to marry. From the, “I think I want babies, but I don’t like marital life.” (yes, this is called ‘arranging’ a marriage), or “I like my solo life, and I intend to remain so after marriage.” (I like this one better!), “Won’t people think there is something wrong with me?”, “It’s an achievement and I want to show-off on Facebook.” (yes, it’s the latest iPhone!), to the classic reasons like boredom, peer/societal pressure, security and as a ‘one- stop quick fix’ for irresponsibility, immaturity, illness and break-ups!

Does such reasoning, bring true contentment, as an outcome of the choice? I seriously doubt so. Isn’t, the need for validation and acceptance, feelings of insecurity, lack of focus and goals, guilt, lack of proper understanding of oneself (and marriage) and what one truly needs, the real reasons for making such choices here? Instead, one must choose marriage for the choice itself, which in accordance with the true purpose and sanctity of marriage is, for healthy love, respectable companionship, enrichment of one’s happier being in partnership, and building a family out of the love truly shared.

Aren’t sometimes choices made, based on the belief of false understanding of happiness? Some remain in soul-sucking, unhealthy relationships, let alone abusive ones, never walking out of it. The reason for this could be insecurity, fear of loneliness, obsession, infatuation with the ‘idea of love’ than love itself. In the process, one tends to forget that being and remaining single, with one’s self-esteem, self-respect and dignity intact, is a far more honorable option.

Make sure that you are the one, making your choices.

Often, some choices are made for another’s happiness. If one can truly be happy for another, and content with the choice itself, then it might be a right reason, since the choice itself is making the person happy. I would say that the choice was actually, not made for someone else, but for the self. But if not, if one cannot be truly happy with the choice even after making someone else happy, can that then be called the right reason? Isn’t it a false understanding of sacrifice, or lack of understanding of one’s own likes and dislikes, or the false belief in happiness that is supposed to happen, or sometimes, the lack of courage to stand-up for oneself? If one cannot be truly happy for oneself, as one be for another, then should it be chosen in the first place?

Being truly in touch with oneself, and one’s heart and mind, helps in making rightful choices.

We always have the right and freedom to choose what we want and for the reason that pleases us. However, let it be for the right reasons; to be truly happy and content. Being truly in touch with oneself, and one’s heart and mind, helps in making rightful choices.

Quoting Steve Jobs, “Have the courage to follow your heart and intuition. They somehow already know what you truly want to become.”

Be responsible for your choices.

Let choices be made for the right reasons, and ‘right reasons’ be chosen for good choices. Also, make sure that you are the one making your choice. Most importantly, be responsible to make confident choices or the necessary changes to correct them, if needed.

Image of many hands holding up the word choice via Shutterstock 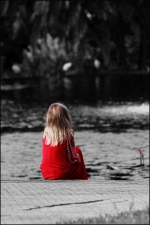