Gender roles in Indian society let men relax while the hostess and lady guests slave away in the kitchen. Why can't women not relax as guests? 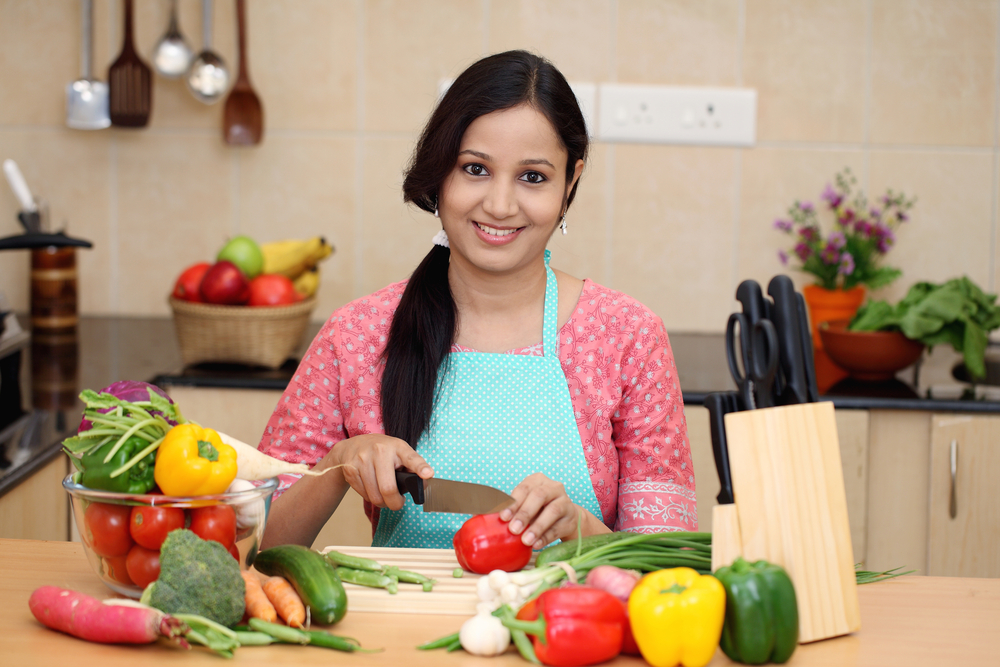 Gender roles in Indian society allow men to relax while the hostess and lady guests slave away in the kitchen at family meets. Why do men not contribute? Why can’t women relax, like guests are allowed to?

“Hello, how are you doing?”

When we visit a relative, we exchange such pleasantries, sit on the sofa, and within five minutes, the women disperse to the kitchen.

Duh! We visit relatives with a mission to relax – both physically and mentally – but women end up slogging even there!

The men discuss politics, property, cars, educational systems, and a lot more – most of the information gathered from newspapers and news channels, not really bothered about who brought in their tiffin and coffee. And if you meet a relative for lunch at their house, you are enrolling yourself to prepare lunch for the entire bunch.

And because this is get-together time, you, along with the lady of the house should prepare numerous dishes – sweets, vada, two different vegetable curries, vegetable salad, sambar, rasam, mixed rice varieties, plain rice, and appalam (these are the vegetarian dishes prepared predominantly in South India, I am sure there is a similar list of non-vegetarian dishes as well!).

Anything less is considered disrespectful, and you being the guest and your husband being a prominent fellow ought to expect this from the host. Also, the visiting lady should reach the relative’s house along with her husband as early as possible to help in the preparation of lunch. It’s not that we don’t want to be of any help, but putting us in such a position is way too much! These are some of the invisible rules in the handbook of Indian customs.

There is another tradition followed in India where men are supposed to be supplied with food first; not the guests, not the hungry ones, but the men!

There is another tradition followed in India where men are supposed to be supplied with food first; not the guests, not the hungry ones, but the men! So they seat themselves around the table and the women wait on their men, serving dishes. Once the men are done eating, their plates are gathered by one woman, and there is another woman near the sink to hand out a towel for the men to wipe their hands with, once they wash off their hands. It is perhaps a good thing that women are not expected to hold their hands under the tap to help them wash off!

The men then retreat to their cozy chamber to start talking from where they had left their conversation.

That is not all – women eat the leftovers (usually having generously dumped the food onto the plates of their men). They also tend to pay less attention to what goes inside their mouths. Dish-washing, table-cleaning, kitchen-floor-sweeping follow, and by the time these tasks are done, it’s time for a cup of coffee.

So, in goes the hostess to the living room to address the men and check their interest in coffee – to which all men nod their heads in unison with specifications on the strength and sweetness of their coffee. Thus starts the ritual of coffee preparation, its delivery into the hands of men, waiting on the men to drain their cups, and then retrieving all the cups and bringing them to the kitchen to be washed.  There are also men who expect to be treated specially not only by the host but also by their own wives in the presence of everyone.

There are also men who expect to be treated specially not only by the host but also by their own wives in the presence of everyone.

I really don’t understand what kind of special feeling that is! When you visit someone’s house, you are supposed to adjust yourself to their surroundings, not the other way round! Every household may not have all of these things happening but every household definitely has similar happenings.

There are some women who enjoy doing all of this and some who do not want to encourage any of this. I fall in the latter category, which I am sure is pretty obvious by now!

Ordinarily, nobody pays attention to these kinds of things because these are petty matters that don’t have to be argued about.  No wife can discuss such matters with her husband or elders because it is her responsibility to treat everyone with respect and provide everyone with what is expected. Period! That’s the rule.

When questioned, the husband will probably tell his wife that these things happen once in a while and should bear no complaints. Agreed! So why don’t the husbands, instead of chatting away with their guests, get into the kitchen with their wives and participate in the food preparation so the work is finished soon and both of them get to spend equal time with their guests?

Men seated with the guests comfortably, chit-chatting about the happenings of the world, and the ladies stuck in the kitchen sweating and panting is not how things should work! Both of them can share the work in such a manner that the guests do not feel unattended to; that’s where smartness lies. If men are not the ones who regularly cook at home, here is a simpler suggestion – they can help their wives or mothers with the basics such as grinding, cutting vegetables, sorting the dishes in the shelves, and cleaning the house to welcome the guests.

If letting men work in the kitchen is wrong then letting a lady guest work in your kitchen is equally wrong, and letting the wife toil like a slave is unforgivable!

Holding themselves responsible for such tasks reduces the workload of women to an extent. If letting men work in the kitchen is wrong then letting a lady guest work in your kitchen is equally wrong, and letting the wife toil like a slave is unforgivable! Nowadays there are men who work on par with their women and share the household chores, but still, a majority of men are ignorant on this front. Imagine the plight of the hostess if there are going to be only men visiting her house. Her husband will be too busy with his friends!

There is also a much better option of taking the guests out for lunch or dinner, where everyone enjoys the company of everyone else. Yes, money has to be spent but this is only a one time affair. “These things happen once in a while,” remember?

But elders feel that providing anyone with homemade food is only the right manner of conducting oneself, failing which, they think might result in drastic consequences where even relationship ties might get broken! Sadly, nobody realizes that it is all about living comfortably and in the manner they wish to lead their lives, not succumbing to others’ interests and age-old ideas.

And because Indians have been sticking to these orthodox ideas for ages, it is difficult to put some new ideas into their minds; ideas that are only going to provide them with comfort and freedom. At least let the current generation and the generations to come lead their lives with ease, and hopefully with no such interference from elders and their ancient beliefs.

Pic credit: Image of a woman in the kitchen via Shutterstock. 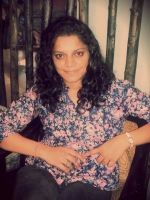 Having always wondered what to do with my life I am in urgent pursuit of WRITING now because it took me all these years of my life for the realization to sink in, the realization read more...