When A Woman Finds Love Within Herself

Here's a warm story about rising from the ashes to find love - within yourself. 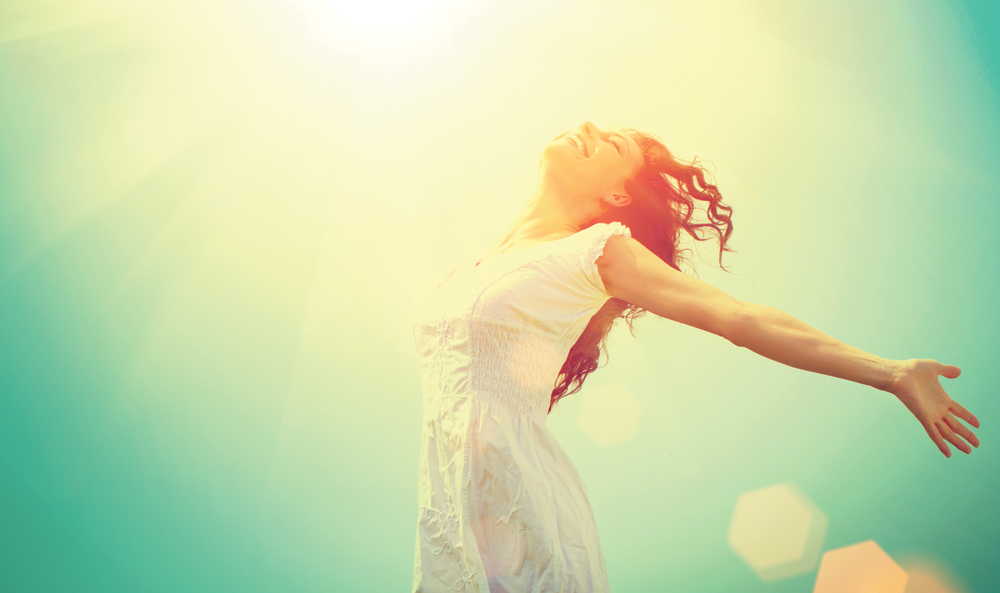 Here’s a warm story about rising from the ashes to find love – within yourself.

She was at her happiest when travelling. All she needed was a backpack and some money in her pocket. As she sat on the rocks near the edge of the stream, she couldn’t help looking at that perfect blend of the sun and the sky, where they merged and burst into a blaze of colors – fiery orange to pearly pink.

It reminded her of a quote she had read – ‘the first stab of love is like the sunset’. She now knew that to be true – the fact that love is presented in a whole range of colours – from beautifully sunny and yellow to a melancholy gray and black too. And she thought back on how she’d reached this destination, satisfied and tranquil, though she had lived in fear most of her life. Constantly conscious of how others may perceive her and make judgements about her.

It was here, amidst the cold mountain air, as well as the glistening water of the ocean, where she found herself, and grew to fall in love with herself, more than ever.

She’d grown up in a cheerful home with loving parents, each wish granted, and deprived of absolutely nothing. But little did she know that at the age of 6, a dark cloud would loom large upon her, threatening her innocence and her very existence. Child abuse in its most heinous form took place. While the physical scars healed, she carried the emotional scars well into adulthood.

While the physical scars healed, she carried the emotional scars well into adulthood.

Her adolescent years passed uneventfully. She did not know then that this incident would impose shackles on her, of which she would not be consciously aware. It restrained her sense of confidence, creativity, and personal freedom. She made an effort to dress down, unlike other girls who highlighted their best features. She would not voice her opinion in front of others, even when she knew it held value and would prove engaging.

The entire episode had left her feeling unworthy. She would constantly feel that nothing about her was ‘good enough’. If that wasn’t the case, then she would not have suffered through such an ordeal. Of course there was something lacking in her which left her vulnerable to such an incident!

Though she loved books way more than makeup, and adventure more than gossip, she felt she wasn’t as pretty as the other girls or as smart as them. And this seeped into her work and relationships. Whenever she would receive appreciation and accolades during her learning years or at work, she’d feel that she hadn’t done anything ‘worthy’ of such recognition. She gave into friendships and made the maximum effort to please even when the other refused to acknowledge and appreciate.

She was left with traces of guilt even though more than 2 decades had passed since that fateful time in her life. Traces of it embedded so deeply that try as she might, she could not shake the feeling that she was all alone and no man would ever love her as she wished to be loved. She didn’t know where she derived the strength to believe in love and to put her heart on the line, but soon realized that there were others who were able to shatter her trust.

Yet, she would pick herself up and dust herself off and risk her heart again.

Yet, she would pick herself up and dust herself off and risk her heart again. She knew that there wasn’t a greater force than love and if all she had to her credit was that she had loved someone from the depths of her soul, it would be enough. She did not wish for great achievements, all she wanted was love.

She tried her hardest to fight her inner demons and the battle of trust which rose from an intrinsic desire to be wanted and which was directed towards an outer force – the focus of all her love and joy. Never had a task seemed so daunting. But giving up is what she refused to do. She hadn’t come this far to let fate win and swallow her whole.

And through books she travelled a million places and lived many lives and laughed and cried with her friends between the pages of a book. Her heart wandered along with them and in solitude too. And she finally gave in to moving beyond her heart, to taking the steps towards the nomadic life she so desired. And took it upon herself to make time to travel, every single month of the year. And as she walked along the beach on a warm summer day and saw birds soar above she realized that she too had learnt to heal those clipped wings and fly again. She had love in her heart and spirit in her soul.