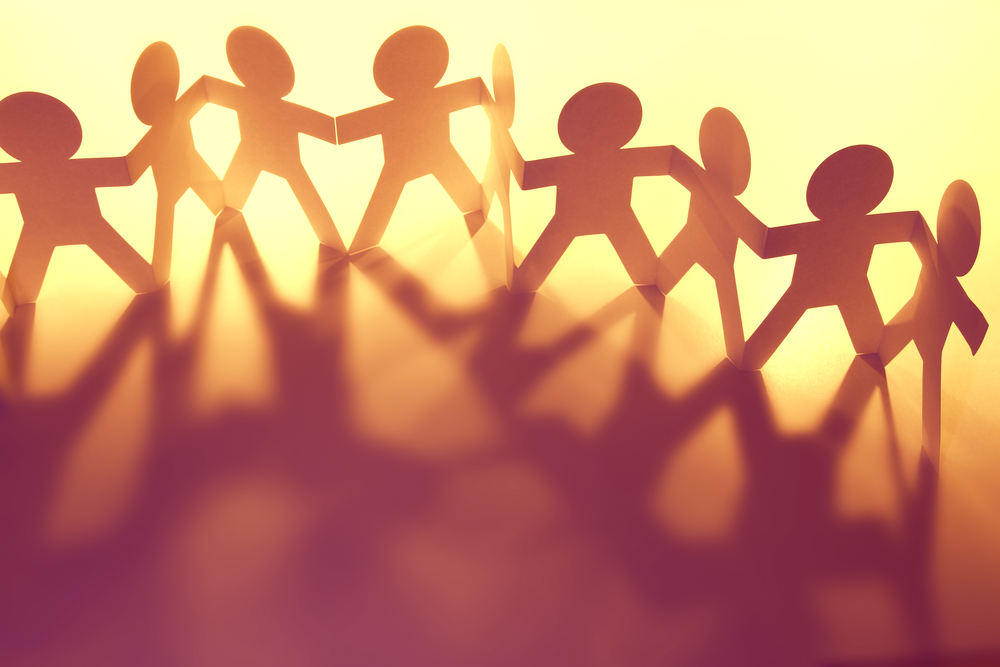 You’re not alone in feeling alone and cornered. As women, each of us can, and must, help support each other. Here are 8 things you can do to support another woman and create your own Sisterhood.

The next time you say this when you see a conflict between a mother-in-law and a daughter-in-law, please first go over and ask all the men who migrate to their wives’ families post-marriage about how they deal with their father-in-laws’ presence in their lives.

But of course, you couldn’t do that, because men don’t adopt a new family post-marriage (complete with a new last name), don’t move to the wife’s parental home, aren’t subject to inspection of their clothes, food habits, cooking skills or waking-up-time, don’t become the carrier-on of their wives’ family traditions…

So, the question to ask really, is not why MILs don’t treat their DILs better, but why is it that a woman’s MIL matters so much in her life, in a way that a man’s FIL does not to his? When the only power a woman gains in a household is over another, more ‘junior’ woman, is it surprising that we see the manifestation of this power?

At work, the woman who speaks up too boldly – in support of another woman, or against systemic issues such as sexual harassment or unconscious discrimination (such as not choosing women for ‘too challenging’ opportunities) – is not a popular woman. Women are entering workplaces that have largely been built on a male-worker-supported-by-female-homemaker model.

Women are entering workplaces that have largely been built on a male-worker-supported-by-female-homemaker model.

In this system, getting a job, keeping a job, and staying at work is often the most pressing concern, and that means keeping your head down. Simultaneously, there is enough research to show that male and female bosses are evaluated quite differently on the same traits, by both male and female subordinates. Is it possible that we are harsher on women at work whom we may have a disagreement with?

The idea that women are entitled to care about paid jobs, and be ambitious to succeed is a relatively new one. When women form a sizeable chunk of workplaces, at all levels, it is possible that we won’t be looking specifically at the question of how women help or hinder other women – because successful women at work are no longer a novelty, and their behaviour is no longer under scrutiny.

So, repeat after me: Women are not women’s worst enemies. Women’s worst enemy is a system where women have to be ‘good girls’ and resist the appearance of any solidarity, because even solidarity with other women can be used to call them trouble-makers.

If anything, the surprise is that even in this society, so many women are coming out to support women, at the risk of being called feminists (and we know what a bad word ‘feminist’ can be – us humourless, man-hating feminists!)

So, here is my thank you, to all those women – who as colleagues, bosses, clients, investors, mothers, mothers-in-law, daughters, sisters, friends, poets, writers, grandmothers, leaders, politicians, activists – have supported other women. Maybe they couldn’t do it all the time, and maybe there have been times when we felt let down by another woman – but these shining examples are very much around us, if only we look, if only we abandon the notion that women are intrinsically catty creatures who derive pleasure from sniping at each other.

…if only we abandon the notion that women are intrinsically catty creatures who derive pleasure from sniping at each other.

And even if we feel that there is not enough of that Sisterhood going around, there is one sure-fire way in which we can remedy it: We can be the sisters we want.

With that in mind, here is my list of some ways in which many of us can be there for another woman, whether as a colleague, a friend, or a family member:

Women face a good deal of judgement for many of their decisions. I mean, if the CEO of a Fortune 500 company is judged on not bringing in the milk after a long day at work, what do we expect for many of us ordinary Janes and Jayas? When a woman you know talks about a big or small problem that she is facing, first pack up your opinion on what she should be doing, and instead, listen. There are enough voices pronouncing their judgement, without you rushing to add yours to it.

Assume that she never asks for it

In our lifetimes, most of us will know a woman who has faced violence of some kind or degree, and I am including here violence that is not physical in nature. In all situations, assume that she does not ask for it – no one does, even if at that moment, she blames herself. Don’t be that friend who says, “I am sorry for you, but maybe you shouldn’t have been out so late?” It helps no one. Be the friend who says, “I am sorry for you, and will do whatever you need and whatever helps you now and later.”

Give her the gift of me-time

Many women severely lack me-time of any kind. If you know a woman who badly needs some downtime and is not finding it, offer her some when you can – maybe offer to take over a chore one day if possible?

This is specifically about mothers. At least for women of my generation, we often have mothers whom no one encouraged to go out and get all that they wanted. But, even women who are mothers, are more than what motherhood has made them. One woman to another, learn your mother’s story. Who was your mother before she became Mother? When I listen to my mother (and my mother-in-law), I am amazed at the stories hidden behind ordinary lives. Give your mother the joy of sharing her whole story, and yourself the joy of knowing it.

Be a fair employer

For many of us from middle and upper class homes in India, the one woman who is a presence in our lives is the domestic helper at home. We may not see our friends for months, but we are likely to run into this woman (and it is almost always a woman), every single day. Help another woman by being a fair employer – pay a fair living wage and ensure good working conditions.

Help a woman get back to work

With all respect for women who choose to be full-time homemakers and/or mothers, I think it is important to remember that this choice comes with trade-offs in the form of financial independence and security. There is a reason why women own so little of the world’s wealth and take so few of its ‘big’ decisions. There is a reason why women are more vulnerable as they grow older.

So, in my book, more women choosing paid work is a good thing, although I firmly believe that the work of caring for others is no less valuable – just that it carries no financial rewards in our society. There are women who take a career break but want to get back to work. Whether as a friend, a boss, a recruiter, or a business owner – if you can help a woman get back to paid work in some way, I think it is a wonderful thing to do.

If you are a woman in middle or senior management, mentor another woman, whether formally or informally. Pass on your learnings about what will help her succeed in this line of work, in this company, in this team. Every woman who stays on at work and succeeds helps to make women’s presence at the workplace less remarkable in any way!

Question your own actions and reactions

None of us are immune to the biases common in our society; we may have less or more of them, but it is all work in progress. Have you ever said that a particular female leader is difficult to work with because she is an unhappy spinster, and takes out her frustration on others? (Confession: I have, in my early days at work, and remembering the person I was makes me aware that I am likely to harbour many other biases that I will probably be ashamed of in later years).

Have you ever wondered if a young woman on a career fast-track is using more than her intelligence and hard work to get ahead? As Caitlin Moran says in her funny feminist memoir, How To Be A Woman, an easy test is to check if you are applying the same standards and judgement to the men around. If you wouldn’t apply them in the same way, drop it.

I would love to know your thoughts on what you do and would like to do for all the women in your life. Do share in the comments below!