A Challenge You “Like” : Have You Given It Enough Thought?

The ALS Ice bucket challenge has taken social networks by storm. Are we participating for the cause, or for the fame? This post puts things in perspective. 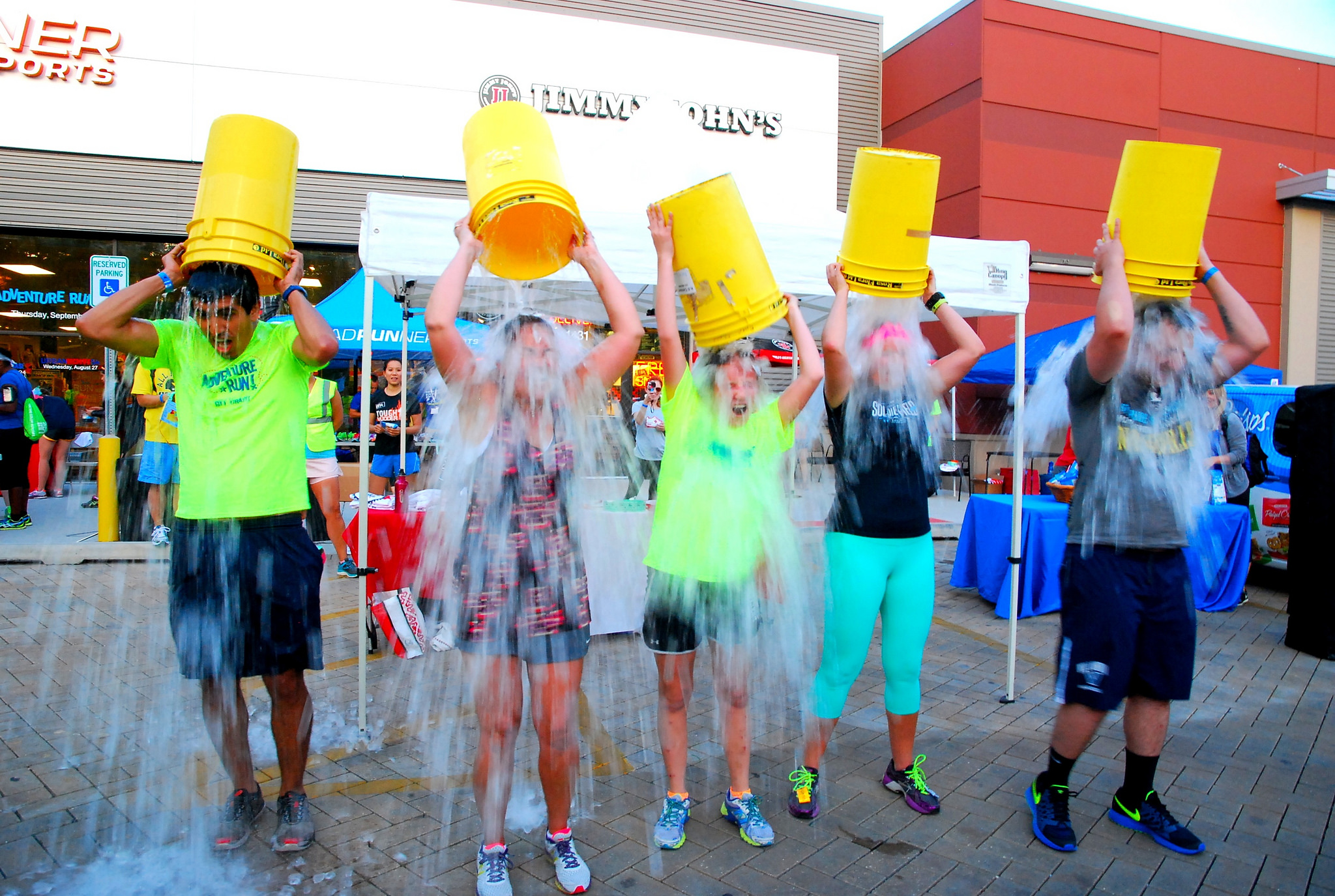 The ALS Ice bucket challenge has taken social networks by storm. Are we participating for the cause, or for the fame? Do we give enough thought to its consequences? This post puts things in perspective.

Technology gives people a worldwide exposure, like a window that opens into another part of the world showing the picturesque canvas that lies beyond our horizon. Technology also has the power to make people famous, and make the things that famous people do even more famous. Thanks to speedy internet and smart phone cameras, everyone these days seems to have their own share of stardom.

The few basic things needed are a bucket, some ice to go into the bucket, and ice cold water. Once these elements are arranged, one is good to go.

Social networking sites are going berserk these days with an insane amount of videos that have been uploaded for the ALS Ice Bucket Challenge. The challenge originated as a means to generate awareness and funds regarding the Amyotrophic lateral sclerosis (ALS) disease. The good part of the media hype and attention is – most people who had no idea what ALS is or how it affects people now have some amount of knowledge regarding the disease. Undoubtedly, awareness has been created and with each ice bucket challenge video being uploaded, more and more people are getting to know about it. Also, with a fair share of celebrities involved, a good amount of money has also been collected for the cause.

The challenge, which originated in the US, has gone viral and has managed to spread at an alarming rate all over the world, with India being no exception. The challenge no longer remains confined to sportspersons, film stars or CEOs. People we know, our friends, friends of friends, relatives, and basically everyone around has joined in enthusiastically. It is good to know that so many people all over the globe are so willing and happy to join hands for a cause, almost restoring our faith in humanity.

But, it is also deeply disturbing to know that most people indulge in activities of such nature on pure impulse, as a means to be a part of something famous, to get the approval of the people around, without keeping in mind the environment we live in or the consequences that the actions would bring.

India is a developing nation. Spending an hour listening to a news channel would give any person a fair idea of the challenges our country faces on a day-to-day basis, electricity and water being two of them. Of the numerous uploaded videos, it is surprising to note only a handful have been thoughtful enough to have attempted to save the water that is being spilled on them. For the rest, it is more of a fun activity that is of course being done for a good cause.

Even more surprising – a number of people have started raising funds for various other purposes and still have not bothered to change the name from ALS ice bucket challenge to the cause they want to pursue. It is almost like the game of passing on the whisper – where what was said and what was received at the end of the game are two entirely different things. It does seem to be a bit ironic when awareness and funds are being raised for a problem by spilling a bucket full of water thus indirectly accelerating another problem.

For people like me who belong to Rajasthan and have seen the Thar closely, spilling of water just means one thing – wastage.

For people like me who belong to Rajasthan and have seen the Thar closely, spilling of water just means one thing – wastage. Our country cannot afford to waste water because we do not have an abundance of clean water. A small look into the origin of the ALS ice bucket challenge would explain drenching in freezing cold water is a challenge keeping in mind the geographical and climatic situation of the place where the challenge started from.

It is not a challenge to drench in cold water when the temperature is 40 degrees, the rains have not been promising, and where ads by the government can be seen everywhere urging to save and conserve water. Like India, a lot of other countries also face water scarcity. There are specific timings when households get limited water supply and it is horrifying, scary, and shocking to see it being wasted.When I say wasted, the cause for which the trend started is in no manner being questioned nor is the money that has been raised for the same being looked down upon.

It is heartening to see so many people, especially the youth, jumping in to pitch in and do their bit. The only thing that needs to be emphasized is – do a bit of thinking before more bad is been done in pursuit of something good. What we have today is a boon, a power in terms of communication and information technology. The challege is not to unwittingly imitate and indulge for the sake of indulging. The true challenge lies in understanding the ideals, the need, and cause behind the issue and then to do the bit that would actually make a difference irrespective of the “views”, “likes” or the “shares” that happen on social networks.