Bylakuppe: Discovering Tibet On The Road To Coorg 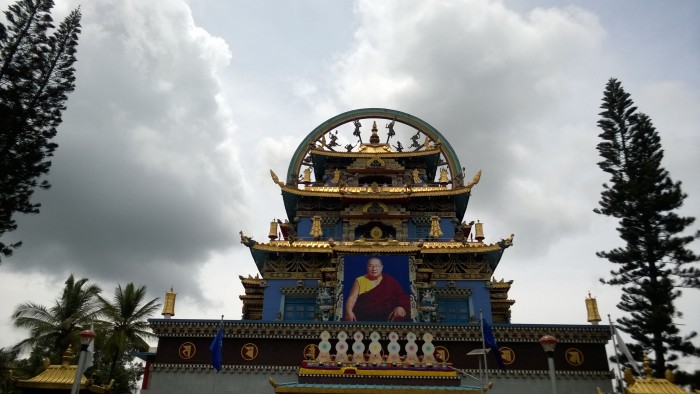 This little slice of Tibet lives hidden in a corner of Karnataka, in the lush and beautiful Coorg, or Kodagu district. A photo and video blog.

This post is written as part of a series where bloggers on Women’s Web experiment with the new, handy Dell Venue tab, and use it for various work and leisure activities as part of their daily lives.

We were on our way to Coorg from Bangalore on a spontaneous road trip. Cruising along State Highway 88 in Karnataka we noticed two Tibetan monks on a scooter.  After a short distance, we saw fluttering Tibetan prayer flags. Hmmm, Tibet must be nearby but high school geography told me otherwise.

A little further and we came upon a gateway to the Golden Temple and a little town called Bylakuppe which is home to the second largest Tibetan settlement in India. This town lies nestled between Mysore and Coorg and resides beside its twin city Kushalnagar. The tall Nilgiris and wide farms lie sprawled across the land on the way to the Namdroling Monastery also known as the golden temple.

The first glimpse of the temple made me check Google maps on the Dell Venue tablet, just in case we had been teleported  from Coorg to Tibet. The temple is built with beautiful golden arcs and Tibetan motifs. The monastery houses 7000 Tibetan monks and nuns and is central to the settlement.

The temple was having  15 day long prayers and chanting the day we visited and we were able to hear the soothing tranquil Buddhist chants. Driving from Coorg, it is almost dramatic when paddy fields and tobacco plantations give way to the Tibetan settlement in Bylakuppe.

Bylakuppe has schools, fields, small restaurants, a market and is a flourishing township. The restaurants have Tibetan and Coorg food on their menu which speaks in volumes about the unique culture in Bylakuppe. The golden temple or Namdroling Monastery attracts tourists and pilgrims in good numbers.

I am sharing here a video of the Buddhist monks chanting, as well as some photos that I took using the Dell Venue tablet.

With the tablet as companion, every traveller can now easily maintain a digital diary, and curate her own travel experiences, with the camera on the device acting as a beautiful way to capture these memories! 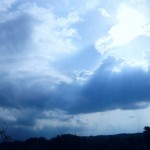 Tranquility of the skies 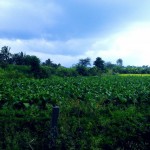 Fields on the way to the monastery 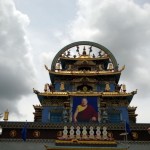 The majestic view of the monastery 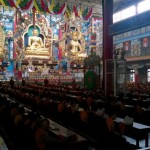 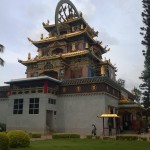 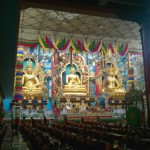 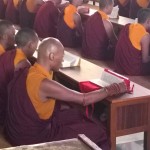 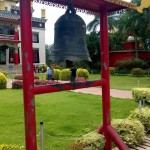 Bell inside the monastery complex