Rage Against The Machine: Don’t Stop And Stare

What happens when we just stop and stare? A photo goes viral before a victim gets help, says this introspective post. 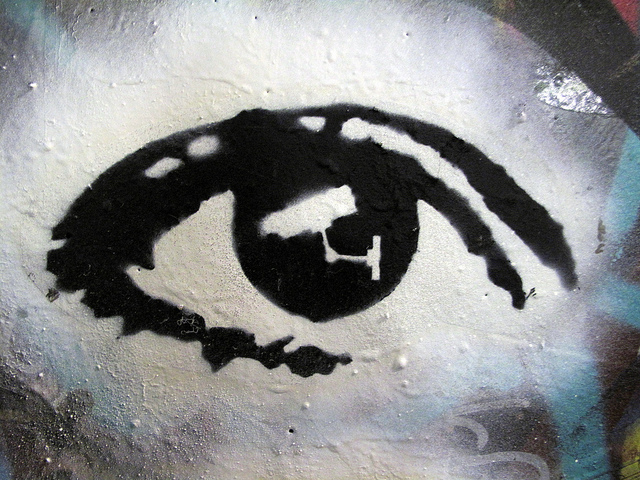 What happens when humans let their humanity die, and become slaves of technology and social media instead? A photo goes viral before a victim gets help, says this introspective post.

Today in the newspaper, I read the headline – “A man died after being struck by a bus. Nobody helped him”. There were two pictures of him – lying in the middle of the road,  and people were just passing by. Another page had the picture of the family, who  had gathered around his coffin crying out loud. This incident took place near Trivandrum bus terminal (i.e. a very crowded place). He was taken to the hospital by the police after a while. He died the next day.

Media succeeded in hitting us where it hurts, in their journey to gain views and publicity. It hurts after knowing that people just stood and stared, the ones nearby didn’t even bother to look at him, and that photos of him lying helplessly on the road were taken and published (and god knows how many people with the mobile cameras did the same).

While reading it, I was thinking – gone are the good old days when people came running forward when an accident took place. When they stepped in and carried the victims to the hospital.

I remember when I was young, while travelling on the highway with my parents, a man lost control of his bike and fell down. Some young men standing nearby came running and helped this man up. Another man called the ambulance and helped him with his bike. They assured him that everything is going to be okay.

I have witnessed this kind of gathering at several places here in Kerala. Amidst all this, once, my grandma told me “When you have an accident don’t worry, dear. They are all good people. They will carry you to the hospital.”

This was many years ago. Now I feel that with the advancement of technology, humanity is dying inch by inch. Forget that they didn’t take the victim to the hospital, what about this whole “shoot at sight” culture?

The Malayalam movie Traffic shows a scene where pictures of two young men after being struck by a car were being taken by the spectators on their mobile cameras.

Another news story about a woman who died on the spot (because no one helped her) went viral on FB and Twitter. That picture was taken by the person who spread this news. If the victim is a woman and if no one helps, then nothing will stop a group of “hungry” men from taking this woman to a lonely place to satisfy themselves. The word hospital won’t even cross their minds.

I have seen many pictures of young boys and girls lying on the ground dead after being hit by a bus/train/car/stampede etc. going abnormally viral on social media and it is just disgusting.

Now if someone is drowning, burning, being molested/beaten in public view, then that scene will end up in the phone/camera memory card of a large group quicker than receiving help from an ambulance. This reminded me of the incident in UP where a female conductor was beaten and stripped by a male passenger and people just stood and watched until a few students came and rescued her. Pictures and videos of this victim crying and the shirtless perpetrator wearing his evil smile went viral on social media.

Then there’s the one that we dare not forget. An incident that put a big black mark on our society after the December 16th incident. The hanging of the two underage Dalit girls in Badaun, U.P.

• They were gang raped by men from the upper caste.

• They were hung from a tree.

• Police did not take action. They shooed the parents away when they went to file an FIR.

• People took pictures with their cell phone, other cameras (and uploaded it online, obviously).

• Media themselves published photos of these girls which again went abnormally viral (I hate this word already!).

This was against the law, plus whatever message the upper caste people were trying convey made its way to the eyes and ears of the people.

This is barbaric. What guarantee does every civilian have when it comes to security when things like this happen? We expect every help to come from the government. What is stopping us from showing some humanity?

Here are the things a civilian like you could do:

1) If you help someone in a road/train accident then you don’t have to appear at a police station or the court no matter what they (cops, doctors, authorities) say. There is a rule that clearly states that after taking the victim to the hospital, you have every right to leave immediately. The one thing you are asked to do is to give a statement to the doctors. After that it’s the headache of the medico-legal department.

2) If you witness an adverse situation at least call out for help in case if you are reluctant to help on your own.

3) If you can’t help at all, then for the sake of the victim, his/her family, and for humanity,  do not take pictures/videos of that person. It is an insult to the victim. You are not sympathizing with him/her by spreading their unfortunate situation via social media. You are exposing them in a way they don’t want you to. Besides if he/she is nude or if that person is a victim of sexual assault then those pictures can be charged under IPC for voyeurism as, in general, the exposure of the victims is illegal, especially the victims of sexual assault.

4) If you see pictures of that nature anywhere on social media, discourage people who shared it. If they don’t listen, then at least do not like or share it!

So again ladies and gentlemen, don’t let the humanity in you die. And use the technological gifts that are bought by your hard-earned money in a way that it doesn’t hurt others.