Death Of An Angel

An 8 year old child is killed in Bangalore, all because her father was not happy with her homework. Are we becoming a brutal nation? 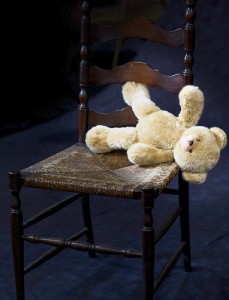 As I am writing this, my heart is bleeding. I want to cry out loud, but tears have hopelessly been eluding me. I know her name but I will call her Shaa,  her smiling face with that bright blue bindi on her forehead refuses to get out of my mind. I keep coming back to watch it even if I shouldn’t.

Shaa is no more. Shaa was only 8 years old. The horrifying account of her death is a headline on all newspapers and news websites across her country. She was killed by her own father for not being able to do her homework, the news article says and then adds on to give us a background of little Shaa’s tragically short life. Shaa’s mother committed suicide a little after her birth on account of harassment from her husband, Shaa’s father who spent six months in jail as a undertrial on account of the same harassment case.

Shaa herself was being looked after by her grandparents till as far as a couple of months back when her father came back to stake his claim on her, threatening the grandparents with legal action when they refused to let the child go with him. We also learn that as this gruesome act of violence was underway, Shaa’s stepmother and her paternal grandmother were busy watching television.

By now we believe this news report when it makes a judgment on the man who we hardly know and calls him a sadist who hated his daughter and often hit her. If this was a spur of the moment beating because of Shaa not being able to do her ‘homework’ or if it was a premeditated act of vendetta because the man clearly hated her and blamed her for his jail, we will probably find out soon. But whatever the reasons, the sad and agonizing fact is that little Shaa, an innocent and smiling child who clearly deserved a life befitting that innocence and smile, has been handed over to death in the most unpardonable manner possible.

I wonder what could drive the man to be so full of anger and hatred towards his own daughter, that he would find nothing wrong in repeatedly hitting her with a rolling pin and then clubbing her on the head not once but several times. I wonder why his own mother would not feel an ounce of tenderness or concern towards that little girl. If the man and his ‘new’ family were not interested or were in no position to look after the little girl, why could they just not let her grandparents look after her or handed her over to some adoption agency. This heartless act makes me feel sorry for the kind of heartless people we have become. Are we so completely lost on our compassion that even the safest and the most comforting of institutions that family represents could turn out to be responsible for turning against the very protection it is meant to provide.

The fault partly lies with us too I think, the society, the bystanders, the witnesses, all of us who I am sure have witnessed a Shaa in some form form or another, somewhere in our extended(or near) families, in our circles of friends and acquaintances, in our larger neighborhoods and the buses, trains and rickshaws we travel in. Most often than not, we tend to overlook these signs, too busy and too worn out to deal with our own lives. But what we forget is that a timely and minor act of rescue or reconsideration can probably save Shaa and many other helpless children like her.

One of the commentators on this news article made an observation of how some women commit suicides but taking their little children along with them and that now he understands why they could do something like that. This chilling observation tells us everything that is wrong in our society and though some of such cases could stem from acute mental illnesses, there is no denying that a woman’s decision to end her child’s life because she foresees a grim future for that child after her own death, should force us us all to stop and rethink.

My heart is still bleeding and I still cannot cry. Little child, I hope you are in a better world now. R.I.P.

Prashila is an aspiring writer from Goa, who also happens to be slogging at a daytime technical job which is miles away from these apparently artistic aspirations she harbours. A “hopeful cynic”, she longs for the day when every child in India will have two complete meals to eat and a permanent school to attend.