Let’s Pledge To Care For Our Ageing Parents

Caring for elderly parents isn't easy, but does that mean we should abandon them? 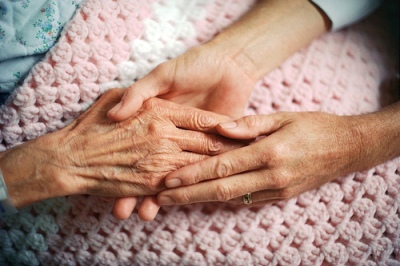 In today’s fast moving world of nuclear families, urban lifestyles, and self-obsession, there are some people left behind, ignored, uncared, and unloved. No, they are no roadside paupers or strangers. They are our own aging mommies and daddies, who were once productive, loving, and gentle citizens, now segregated to loneliness in their old age.

Though on one side, there are caring children who tend to every need of their ageing parents, there are many more – and their number is steadily increasing too – who consider their old parents an economic, social and personal burden, and simply prefer to abandon them without a second thought. HelpAge India, the biggest non-governmental organisation in the country which campaigns for the rights of the elderly conducted a research which suggests that nearly 40% of senior citizens living with their families are facing emotional or physical abuse, out of which only one in six cases comes to light.

Take a real life victim of I know of, Devi (name changed). She was in her late seventies, ill, suffering from frequent bouts of paralysis, living with her only son, Raj. He was in his forties, with three little children of his own, and he had almost completely stopped talking to his mother since she cost him many thousands for her first operation, a few years back. She was just given food by the maid, and left in her cramped room to stare at the ceiling all day.

One day Raj asked if she wanted to join him on a pilgrimage to a temple in a neighboring state. Overwhelmed by such a rare opportunity to connect again and spend time with her dear son, she readily agreed, so they caught the next train and set off. However, her attempts at communicating with him were futile, because he seemed deep in thought and disregarded her, like always, during the journey. When the train halted at a junction the next morning, he told her that he’d be back after getting them some water and food.

He didn’t return. An anxious Devi waited worriedly looking out for him from the window as the train started pulling away, but he simply didn’t reappear. The train set off, and Devi was told to get off in the next station. That was how she was stranded in a completely unfamiliar state, without literacy, without money.

And then she remembered – he’d got her only house transferred to his name last week. Now everything made sense to her hazed brain. With trembling hands, and blurry eyes she realized that her only son had dumped her.

Millions of elderly fall prey to a helpless situation like Devi, every day, in our country, and abroad. Many of us, the younger generation, seem to forget the responsibility that we have, as children, to our parents. Many are sulking to spend money on their old parents, but wasn’t it the same parents who selflessly sacrificed their luxuries to raise us comfortably, as little ones? When parents turn old they become children again, only with added health woes. They need the same feelings reciprocated, for they are just as helpless, and almost entirely bank on the working generation for their needs in their old age, for love and support. The increasing trend of nuclear families has led to abandonment of the aged in large number; this is a matter of shame for us, and more so, a matter of immorality.

Whether we like it or not, I think that it is our duty to support them in their last years. Old age, after all, is something that is going to knock everyone’s door, some time or another. And without the care of the young, the old cannot stand.

We are shaped and given an identity by our mother and father, who expected nothing when they secured us with their unconditional love. But when we are independent and have enough, many of us choose to corner them, citing silly reasons like that ‘they are no longer worth’, ‘productive’ or ‘are just a burden’.

Many grown-up children think that paying for renting parents a place in an old age home is a perfect plan, but it is not actually all that perfect.  Aged people don’t even need food and shelter as much as they need love, and no old-age home can give them that.

I vow to stand by the people who gave me life, their love and support, and have molded me to who I am today, when they can no longer stand strong themselves. I vow to spread awareness and love to the elderly whose day would be lit up with even the littlest bit of our time.