When My Tongue Promised My Knee, She Would Take Care Of Her

Taking care of your knees gets harder as you age. In this amusing story, a woman's tongue comes to the rescue of her knees 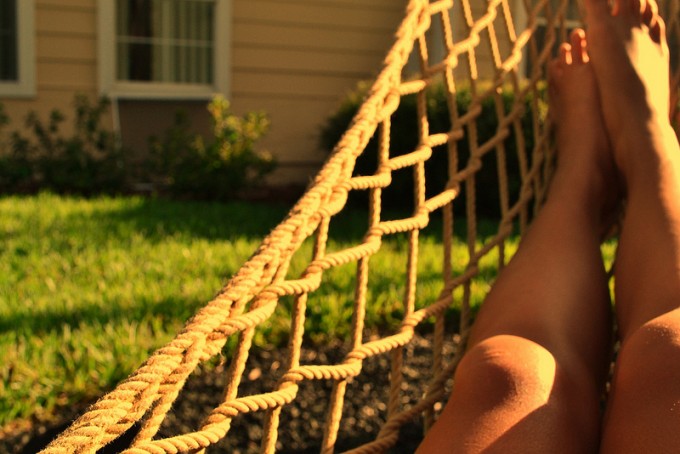 Vandana Kumar works with the Government of India and is currently pursuing her research interests in ‘efficiency and effectiveness of public expenditure’ and ‘scaling innovation’. She enjoys reading, writing, making sketches and cooking her children’s favourite food.

The year was 2007. My wanderlust and my quest for knowledge had taken me to the quiet town of Adelaide in faraway Australia. I had got back to studies in that far away land in a hope not only to acquire some new skills but to explore the old island continent and meet the vegemite people.

I was thirty eight years old and had been working for 14 years when I took the decision to study further. I was a mother of two young children and even though life was busy, it was been good with all creature comforts. Even at its worst, I had good support system, child care for children and a most supportive husband. When the opportunity came to travel for study, my husband encouraged me and was supportive that he would manage one child while I could take my older one with me. He assured me he would get her to Australia for a vacation and the fact that one year would just fly by. Though the thought of being away from my younger one tore me apart, I steeled myself and decided to ahead fully aware she was under the care of one the world’s best fathers. I was getting no younger after all and if I had to do it, maybe this was the time. This trade off had to be made if I was serious about pursuing my dream.

I reached Australia with my five year old son, my heart heavy having left my little one behind. The reality hit me soon after. Seventy hour week for the program, managing my son’s school routine, keeping him happy with little help and a shoe string budget in a new country. There were days I thought twice before getting my five year old an ice cream because every dollar mattered. Most of all, I missed my husband’s support.

Everyday I asked myself why I was doing this to myself and to draw solace I told myself, perhaps there was something I was going to learn the real objective by the end of the year. It couldn’t be just the degree I was pursuing; there must be some bigger lessons of life in it for me during this sojourn I had got myself into.

The rigour of study along with the relentless chasing of the free loop buses, my son’s routine, and my efforts to keep him cheerful and engaged in the new environment started taking a toll on me. My knees practically started crumbling. As I became more and more busy, I started relying on comfort foods for our little mother son duo. Fries became the staple food as did cheese toppings on home baked pizzas and the dips with crackers. Fast food after all was quick and inexpensive.

On one of the busy mornings when I had just dropped off my son to school and was walking to the university for my class in downtown Adelaide, I realized that perhaps I was putting on weight despite all my hard work and running around thanks to all the junk I had started eating. I just slumped into a bench in the Victoria Square with an excruciating pain in my left knee. Was I eating too much? I had considered myself a careful eater most of my life and thought I had a reasonably slender frame. I had not had time or wherewithal to monitor my weight all these days and much as I loathed to admit, I was possibly eating too much of things which were giving me some comfort or strength.

That morning, slumped there with pain and exhaustion, one of the nicest things happened, a conversation between my knee and my tongue. My knee said to my tongue you are being naughty, take too much attention and indulge yourself. At first my tongue revolted and said I am doing nothing of the kind; you are just getting old. My mind too was not willing to accept I eat more than I need or the wrong kind of food. After an altercation of about 15 minutes, there happened an agreement which has done me a world of good. My tongue promised to take care of my knee and promised she would never go after taste so much that would make me eat too much or the wrong kind of food. That day on, my knee started reminding my tongue whenever there was an indiscretion on part of the tongue. For their part, knees have been strong going places, exploring places, and meeting people.

The year flew past. I graduated with distinction. My husband kept his promise and brought my little one to me .In the middle of a crazy work routine and numerous errands I also managed to make some lasting friendships with some wonderful people, explore the island, feed kangaroos and chase emus but my most enduring lesson came from the day my tongue promised my knee she would take care of her. It is a promise she has by and large kept and whenever my tongue oversteps, my knee gently nudges her, they have a friendly chat and like most understanding partners keep the promise of taking care.