Pardon Me, I Am A Rapist And A Killer

When capital punishment in India is legal, why should the President give a pardon to rapists and murderers of women and children? 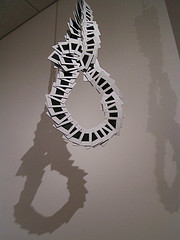 Bantu: Convicted of raping and killing a five-year-old girl

What is common to Satish, Molai Ram, Santosh Yadav, Bandu Baburao Tidke and Bantu? One, that they raped and killed children; two, that they were all sentenced to death; and three, that President Pratibha Patil, exercising her right of granting Presidential pardon under Article 72 of the Constitution of India, commuted their death penalty to life imprisonment, along with over thirty others convicted for equally heinous crimes. After a hue and cry was raised, a spokesperson of Rashtrapati Bhawan said, “The President only takes a decision to commute a death sentence or reject it after she is satisfied by the advice tendered by the government. The President ensures that the government has put in certain application of mind to give mitigating and extenuating circumstances for their advice.”

What mitigating and extenuating circumstances could there be in a cases involving rape and murder of children or women? Only extreme perversion and brutality can lead a man to violate and kill a child or a woman; but no, our Supreme Court doesn’t think so. The Honorable Court has said, “Undoubtedly brutality is involved in every incidence of murder but that brutality by itself will not bring it within the ambit of the rarest of the rare cases, for the purposes of the death penalty”; [Subhash Ramkumar Bina v. State of Maharashtra, AIR 2003 SC 269]

To be fair, the very same Supreme Court has also said that when the victim of murder is an innocent child who could not have or has not provided even an excuse much less a provocation for murder, the case should be treated as a rarest of rare case and fit for the death penalty, more so if the murder is committed in “extremely brutal, grotesque, diabolical, revolting or dastardly manner.” The tragedy is that many a times the Supreme Court forgets its own pronouncements.

In any event, it does not make sense to have Article 72 in the Constitution, it is a Viceregal vestige, and should be done away with because a death penalty is awarded rarely and has an in-built system of checks and balances. The trial court- a Court of Sessions awards the death penalty, but that is not enough- it has to be confirmed by the concerned High Court, and then, invariably, there is an appeal to the Supreme Court. Once the penalty is upheld by the Supreme Court, the question of Presidential pardon comes in.

Why should it be so? Hasn’t the entire judiciary of the country already applied its mind? And now let us assume the President upholds the death penalty (an event as rare as the appearance of Halley’s Comet), will the convict be hanged? Certainly not; he can go back in appeal to the very same Supreme Court against the President’s order- the same Supreme Court which rejected the convict’s appeal and ordered him to be hanged in the first place!

Remember the Priyadarshini Mattoo case, in which Santosh Kumar Singh harassed her for years and finally raped and murdered Priyadarshini, a law student, on January 23, 1996? The accused was acquitted by the trial court, but was ordered to be hanged by the Delhi High Court. He did not have to go as far as to seek a Presidential pardon. In 2010, the Supreme Court commuted the death penalty to imprisonment for life, believe it or not, on the grounds that, “the appellant was a young man of 24 at the time of the incident and, after acquittal, had got married and was the father of a girl child. Undoubtedly, also the appellant would have had time for reflection over the events of the last fifteen years, and to ponder over the predicament that he now faces, the reality that his father died a year after his conviction and the prospect of a dismal future for his young family.”

[I must mention here that in the recent past only one hanging has taken place in a case of rape-murder- that of Dhananjoy Chatterjee, who had raped and murdered Hetal Parekh, a 14 year old Kolkata schoolgirl in 1990. He was hanged in 2004 after President Dr. APJ Abdul Kalam rejected his mercy petition.]

I hold the Indian judiciary, the Ministry of Home Affairs, the Law Commission and Article 72 of the Constitution guilty of letting rapists-murderers get away, so that they can live to see another day and get on with their beastly lives.

Till the death penalty remains in our statute, let section 354 (5) of the Code of Criminal Procedure be complied with. It says, “When any person is sentenced to death, the sentence shall direct that he be hanged by the neck till he is dead.”