Growing Up A Girl

Growing Up Girl: A young woman on going from a typical make-belief fancying girl to a young woman capable of understanding her own journey 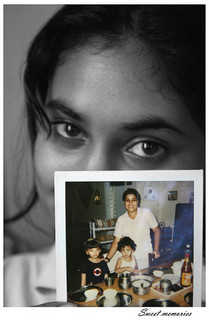 It was a time consuming and onerous jaunt. After pulling out an assortment of goodies from the most impenetrable spaces I was left with a cluttered room crying for nirvana. What appalled me was that all the articles around me were precious to me at some point of time. It marked some specific time in my growing up, as a girl. For instance the pretty Korean hair clip picked up at a funky road shop somewhere. I held it in my hand twirling it around this way and that to let the lustrous white and blue array of stones embedded on its intricately curved black surface shine and entice. It was a thing of beauty and proved to be a joy even as I just held it let alone wear it. But then it dawned on me that its beauty and joy stopped with admiring it. The clip was way too heavy to be worn by anybody. Functionally it was anything but useful as a hair clip. I put it aside carefully, my mind still recalcitrant that I wasn’t a frivolous buyer. After all one little object isn’t sufficient evidence to establish anything lawfully.

I moved on to yet another pretty thing that caught my eye. A blue envelope with golden grapes strung on thin, golden vines printed on it. My memory failed me this time and I was completely at sea as to when I bought this beauty. On opening the envelope I found square, purple cards with neat, rounded silver borders all around them. They looked like some kind of gift cards. And they were unused naturally because I had even forgotten I owned such a thing.

It bothered me that I had to use a tasteless square of white paper and black markers to make a gift card just the previous week for a cousin’s wedding. On turning the envelope over, a tiny white section printed at the bottom right announced a number that I recognised to be its price. I had spent two hundred and twelve rupees of unearned money on it. But all wasn’t bad. I could still put these cards to good use in the future. Perhaps I could stick them onto the first pages of books that I present to buddies. And then it struck me like a shooting jet of cold water that many summers ago I had purchased these after a tearful row with those who sponsor things for stubborn thirteen year old girls, who love purple. I quickly put the memento away though I can hardly call it that.

Then my eye hit a pile of cards. They were a mix of WWF cards from third standard when I was trying hard to be a girl but in vain, Pokémon cards from sixth when I was still terribly failing in the same attempt, one spade seven from my grandmothers secret playing cards collection(secret because playing cards was taboo for grandmothers) and five dollar calling cards from USA! These calling cards had a very distressing memory attached to them. They represented days of father-sickness from not being able to see dear father who was thousands of miles away in some fancy nation full of jobs for grown-ups, tall buildings and shiny cars. I had collected them for no sensible reason that I can think of now. But as a wee ten year old girl missing her papa I must have very good reasons.

Among other mentionable items I found strips of craft paper saved for use at a better which never came, long and glossy earring which I never wore and will never too, traded cricket figurines, a booklet of tennis that came gratis with a health drink which I stole from my best buddy at elementary school, a pretty statue that I bought from a gift store years ago in order to present it to my English teacher and discovered that it was broken even before I got it home and glittering pencils which I wasn’t ever able to sharpen and use.

Towards the end of the expedition there seemed to be only two things that were functional: Enid Blyton’s ‘Five o’ clock tales’ and a secret collection of ‘Venga Boys’ music tapes that I hid away from the world as a “decent” teen. Really, people did think listening to them was inappropriate though I haven’t been able to discern the reason even now. And their functionality is quite questionable too considering the fact that I own the last of the tape recorders on this planet. One little glitch and my ‘Venga Boys’ would go soundless forever.

So the point was proven without any need for words or tears. I wondered for a minute or two why the Enid Blyton’s book strangely found itself here among “attic-able” items and not in my little library. On turning the cover the answer was given to me. This little book had been my first prize from school. I was transported to that day when I aced all my school mates in the elocution contest as a nine year old and stood first. So the answer presented to me was this: As a young girl I saw a really worthy thing as a school prize in the same light as a purple pack of cards or Pokémon cards.

But the important learning from the whole discovery was that I’ve come from there to here, from a typical make-belief fancying girl to a young woman capable of understanding her own journey. And that journey has been nothing but beautiful even if it was filled with unusable and impractical things all around. But even as I tried to put away the mess before someone came traipsing I was taught yet another lesson. Don’t ever stock things you wouldn’t use.

Does this episode resonate with any of you? I’m sure it does.