A poem on being feminist in a patriarchal world, which is hard and sometimes it feels hopeless; still, the fight for equality carries on! 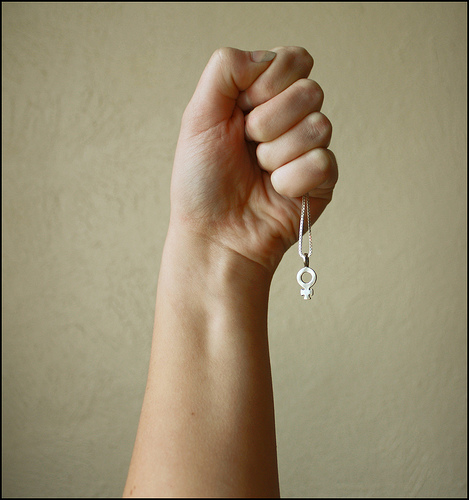 You know what.
I’m tired.
Being a feminist is hard.
Going against the tide is hard.
And then its all an idealistic society in your head
(that you want and you think you can achieve it),
but then you see bullshit everywhere and it makes you so
depressed and angry and frustrated.
And you have to live with it.
And sometimes it all seems so hopeless.
But you know its not.
And that is so conflicting.
And you wonder – is this really worth it?
The next second a crappy thing happens and you say to
yourself – of course it is.
Look at what is happening.
And you become alienated from friends and lovers
because they, in some way, demean you.
Of which you are blindingly aware of now.
Suddenly, a relationship is not just a relationship
where “love” is enough.
Where most views you held while growing up are
challenged.
Why, for example, can men go out almost naked and a
woman not?
Why, for example, do women undergo virginity tests
and not men?
Nobody questions these, nobody talks.
This is how nature made men and women.
These are their roles.
Follow them, or be ashamed of yourself.
It makes me sad and enraged.
Why do I feel this way?
Conservatives would blame feminism.
I blame patriarchy.
After all, why should I even have to fight for rights
and respect?
Nobody ever said it was easy to follow the call of our
heart and mind.
And it is our right, our duty – to become us, the best
of us.

10 Reasons Why I'm A Feminist