Penalized For Being Pretty?

Are beautiful women treated differently during job interviews? Is there a bias for or against them? 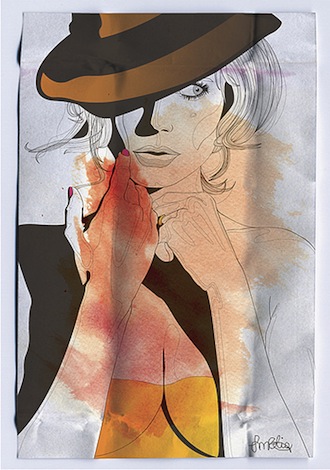 Shailaja Chandra, a former bureaucrat herself, tells us in a blog post that the Union Public Service Commission (UPSC) interview boards for civil service aspirants tend to avoid giving decent marks to attractive female candidates, and she bases her discovery on a single episode (I personally have doubts about such things happening in the UPSC based solely on a candidate’s looks, but Ms. Chandra knows better).

I do not want to go into the technicalities of the UPSC recruitment process, but what I definitely want to do is to try and generate a debate on this question – whether beautiful women are denied work opportunities simply because they are beautiful, and if so, why? Ms. Chandra’s post has given me enough fodder to make a beginning: she quotes from a news item in the Economist of March 31, 2012 that reports a study by two Israelis. The study concludes that if attractive women are denied interviews it is because of jealousy of women who are in charge of recruitment:

“Human resources departments tend to be staffed mostly by women. Indeed, in the Israeli study, 93% of those tasked with selecting whom to invite for an interview were female. The researchers’ unavoidable—and unpalatable—conclusion is that old-fashioned jealousy led the women to discriminate against pretty candidates.”

Now let me quote a report in Live Science, which in turn quotes from a study by Stefanie Johnson in the Journal of Social Psychology of May-June, 2010. It says,

“According to Johnson, beautiful people enjoy a significant edge in life. They tend to get higher salaries, better performance evaluations…In general, attractive people were judged more suitable for employment, even in jobs in which participants reported that appearance didn’t matter. However, attractive women were deemed less suitable than unattractive women for masculine jobs in which appearance wasn’t important.”

“One could argue that, under certain conditions, physical appearance may be a legitimate basis for hiring,” Johnson said. “In jobs involving face-to-face client contact, such as sales, more physically attractive applicants could conceivably perform better than those who are less attractive.

Another study quoted in the International Journal of Humanities and Social Sciences of December, 2011 (Petersen and Togstad, 2006) while focusing on appointments where both men and women applied for the same position, discovered that “sexuality may sometimes be an asset from which women can enjoy benefits. In their study, they found that women have a higher probability of getting an offer: 1 out of 7 women whereas only 1 out of 10 men receive an offer when they compete for the same jobs.”

Now I am getting as confused as you, but it will be great to have reactions.

And yes, the UPSC interview that Ms. Chandra mentions had her as one of the members of the board. She says she swore not to be part of the UPSC interview boards ever again. I wish she had the courage then to have just walked out if a candidate was awarded less marks than she deserved simply because she was attractive. There’s hardly any point writing about it so much later.