Women's Web's choice of interesting stories from around the world this week. 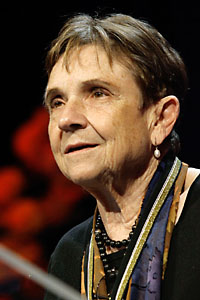 Bawdy men, lewd numbers and unhealthy fixations make some of our reads for this week.

“Even in the world of allegedly genderless numbers, being female isn’t safe.” The dark side of math humor.

“The real impact of the male gaze, and objectification, and judgment, is about way more than beer commercials, Playboy pictorials, and who does and doesn’t have to pay her own bar tab.” A hard-hitting take on the objectification of the feminine body.

“No matter where you work, or how hard, when it comes to the second shift, ladies, we own it.” On equality and gender expectations.

Nandita Sengupta makes a case for gender-neutral guardianship when she asks “How can being named ahead of a man in a shared responsibility activity be viewed as empowerment?”

“The concept of fairness. Nothing to do with bending backwards to be fair to someone. But the unending struggle to appear “fair” to the world. In complexion, and not in spirit.” Suranga on the Indian obsession with white skin.

Inside Slave City captures the sordid lives of domestic help in India.

“She wrote not only about gender subjugation, but also about capitalist, racial and military suppression, searching for and critiquing sources of power and strength.” Remembering Adrienne Rich.