I Demand A National Commission For Men 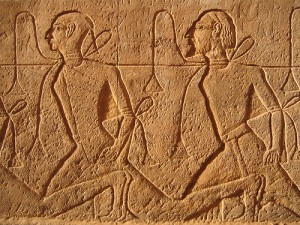 I am a harassed Indian male, only I didn’t know it. I hereby acknowledge with gratitude the role played by the All India Men’s Welfare Association (AIMWA) in opening my eyes to the harassment, sexual exploitation, torture and abuse that I face at the hands of women day in and day out, to the extent that they want my breed to be extinct.

I am also grateful to AIMWA for bringing the following facts to my knowledge, so that I can stand up and fight for myself and my tortured brethren-

-More than 90% of Indian men face emotional, economical, verbal and physical abuse at the hands of their wives and in-laws

-The society considers kicking, punching and slapping men as acceptable and even laudable behavior on the part of women and girls.

-Men do not have the choice of vocation. They are expected to subordinate their preferences to the needs of others in the family

-Additionally, men are emotionally castrated right from the age of 6 as they are discouraged from expressing their pain and feelings. Emotional suppression has a traumatic effect on boys and the hurt is so deep that boys develop a fear of self-expression and turn numb to abuse for the rest of their life.

I fully endorse the Charter of All India Men’s Welfare Association (AIMWA), which says that the AIMWA addresses issues concerning men and boys, with the specific objective of providing them protection against gender discrimination, domestic violence, emotional castration, negative stereotyping, sexual harassment, legal terrorism and every other form of abuse.

I fully agree with AIMWA when it says:

-The society considers boys and men as an expendable commodity at the time of crises.

-The society forces men to take the last place in the queue for rescue in case of calamities.

-The society characterizes men as reckless, irresponsible and incapable of taking care of themselves or their children.

-The society is rapidly replacing men with women, machines and sperm banks and treating men as a disposable species.

-No schemes are being furthered either by the Government or eminent social celebrities for boys the way they are happening for girls. This has led to more boys dropping out of school resulting in increase of juvenile delinquency. Shunned by the society, such boys grow up with feelings of inadequacy and could ultimately turn into criminals.

-In addition to stereotyping of men and boys, welfare of boys and men has been seriously neglected in India, post-independence. Men are denied protection from domestic abuse, sexual harassment, social discrimination and also equal access to Government sponsored health care and safety at work place.

My endorsement of AIMWA’s take on sexual exploitation of men by women is complete and unconditional:

-Sexual arousal is discernible in men, whereas it is not obvious in women. As a result, men constantly face the allegation of being obsessed with sex.

-It is believed that men always indulge in sex voluntarily, whereas women are thought to take part in sex either to fulfill the sexual or emotional needs of men or because they are forced to do so by men against their will.

-Sexual exploitation and rape of men and boys by women is not acknowledged as an offence, and in fact it is considered as a non-existent problem.

-Boys and men are coerced or enticed into having sex both within and outside marriage.

-Boys and men are blackmailed into having sex within and outside marriage.

-Boys and men face allegations of rape or threats by women who indulge in consensual sex only with the intention of forcing men into marrying them, to extort money and other ulterior motives.

-Married men also face abuse from wives who withhold sex as a means to blackmail, take revenge, or to attain other ulterior objectives.

-No legal provisions exist to protect men and boys from molestation, rape or any of the above mentioned forms of sexual exploitation.

I, along with my exploited brothers of the AIMWA, demand that the Government of India set up a National Commission for Men and a Ministry for Men’s Welfare, or I warn the Government that I shall organize a men’s rights protest in all cities of the country on the lines of the protest against nagging wives that AIMWA so brilliantly organized last year.

Show your solidarity towards us exploited men by clicking here. Long live the Brotherhood!

PS: Errors in grammar, syntax or spelling are the AIMWA’s, not mine, but I love these guys.

Note From The Women’s Web Team: This post was meant to express the writer’s astonishment at these aims, not his concurrence. We are adding this clarification on account of some of the perplexed reactions it has caused.