What happens to child support when you get divorced in India? Does the richer parent , usually the father, pay willingly?

I read a fascinating article at Huffington Post today, ‘Why I’m glad my ex stopped paying child support’.The title tells you what its about.

Basically her rich ex husband practically got her to beg for the money every month making one humiliating excuse after the other. He also felt entitled to poke his nose into everything she did for the children justifying his unreasonable behavior by saying, “That’s what I pay you for.” As though she’s the children’s nanny instead of their mother.

The only thing that surprised me about her story was that it happens in the US as well.  Her ex husband lived off a Trust and owned two houses – of which she got neither one – but rarely paid the child support on time.  Sounds familiar? 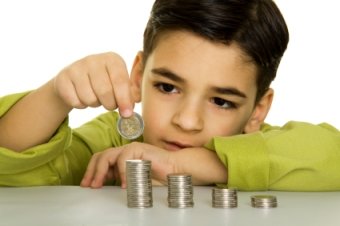 A friend going through a divorce has the same story to tell – the money doesn’t come in regularly and automatically, there’s always a battle for it. This despite the fact that HE left her for another woman. You’d think he’d have the decency to at least ensure that his wife and child are cared for. But no, the monthly demand that she go down on her knees and beg continues.

Another man I know just doesn’t pay child support at all. He claims he cannot afford it and ensures that his career and job remain stuck, making no effort to go out and get the job that his potential promises, because the extra money he would earn would go towards supporting his children. His wife, who is bringing up the children single handedly, keeps twisting the screws on him. They’re now at the stage where he is not allowed to meet his children at all, till he pays child support. But do you think he does? No way. He simply wallows in his own misery, seeing himself as the victim and her as the aggressor, with no thought of how difficult it must be for her nor of how he is depriving himself of his children’s company by not paying child support.

I didn’t have that problem myself because my children were at University when we divorced and their father continued to pay their university fees.  Their going to University was a constant topic for discussion through our married life. It consisted of me worrying whether he would have the money to put them through it and him constantly reassuring me. Luckily when the divorce came through, he decided to stick with his promises. BUT my children have made his house their home. That’s where they live. He got the house. And although there are no custody battles because the children are majors, I often feel he got the children as well as the house.  The place he bought me, as per our divorce agreement, isn’t big enough for the children apparently.  Yeah. Pound of flesh extracted somehow or the other.

Well, what Pauline has written is true. When you let go, you win and the power struggle ends. I don’t recommend it to anyone though. Just keep fighting for your rights. You’ll know when and if you’ve had enough and a decision to let go of child support needs to be taken from a position of strength instead of weakness and letting go.