Interview with Amodini of Friday Nirvana blog, on being a movie critic and reviewing movies, especially Hindi movie reviews

The Women’s Web ‘Love Your Leisure’ series will consist of interviews with a few female bloggers with fascinating hobbies, who’ve enthusiastically developed and fine-tuned them – and what’s more, write about them for the benefit of the rest of us! We hope you enjoy reading more about these bloggers and their passions. Presented in a Q&A format, this one is with Amodini Sharma, Movie Enthusiast and Critic, who blogs about her passion at Friday Nirvana.

Intro: Tell us a little bit about yourself.

I am a US-based software programmer. Films and books are a hobby, and blogging about movies I see and books I read is double the pleasure!

Q1. How did you get so involved with movies?

I’ve watched films ever since I was a little kid; I remember waiting for the 6 o’clock Hindi movie on Doordarshan on Sundays, even as a 1st grader. Then the TV was black and white, had shutters and knobs and stood on its 4 spindly legs in a corner of the living room, like a large, venerated god. Now TVs are hang-on-the-wall-thin and portable and hi-def films are always on tap. Times have changed, but the love of films has never waned. I will watch movies of any genre, in any language (with subtitles of course), provided they are well-made and entertaining. Of course you don’t always know that prior to watching films – which brings us to the role of movie reviewers. That’s how I got blogging about it.

Q2. Are there particular genres/kinds of movies that you enjoy more than others?

Hindi movies are mostly dramas which feature lots of other things – there’s singing and dancing, emotion, romance and sometimes comedy too – which makes it hard to classify them into neat little genres (I try though!). I adore lots of genres and movies and will limit myself to Hindi films for now. There are strong crime-based dramas and who-dun-its, genres that Hindi cinema is now getting good at like Manorama Six Feet Under, Maqbool and Kaun. Then there are well-made coming-of-age dramas like Udaan and Dil Chahta Hai. And then there are social dramas with a comedic twist like the unforgettable Jaane Bhi Do Yaaron and the relatively recent Khosla Ka Ghosla. I can think of many more – see my list of Best films by Year and Best films by Genre for more favourites.

Q3. Many of us watch movies but few can write about them. How and when did you start writing movie reviews?

I love films, and am always looking for new stuff to watch. I started off because I looked for recommendations for Hindi films on the Internet. The pointers I found on the internet worked sometimes but didn’t seem to consistently point me to “good” cinema. Plus I was appalled by some recommendations that were out there! Crude slap-stick-y, cringe-worthy humour was considered funny. Films that were maha-boring and maha-masala with little else to offer were considered must-watch(es)! I didn’t agree and wanted to say so. I figured that there would be other people looking for pointers to decent films like I was. So I started writing about movies that I liked. I love movies, I love writing, and I have an opinion on films I watch. It helps that I agree with myself 100% of the time!

Q4. Of your own movie reviews, which ones do you like the best? Also, what other review blogs do you follow/recommend for movie lovers?

I like them all! Honestly, I do. I spend time and effort on my reviews. Generally I offer up a little teaser, enough to get the anticipation up. There aren’t any spoilers, and I will rate most of them for kid-safeness (G, PG, PG-13 etc). I will tell you what works and what doesn’t, and if the film is watch-worthy, why it is so. Some of the other movie blogs I read are: Filmigeek, Bollywood Deewana and Beth Loves Bollywood.

Q5. As far as Hindi movies are concerned, what are some of the interesting trends you’ve noticed in the last 5-6 years? Do you have any thoughts on where we are headed?

There was a time when almost all Hindi films were boy-meets-girl romances. Recently though Hindi cinema has grown enough that we actually get to watch great story-based films like Welcome To Sajjanpur or Shor In The City or Main, Meri Patni Aur Woh. There are directors like Vishal Bharadwaj who’ve successfully straddled art and commercialism in films like Omkara and others like Kabeer Kaushik who’ve made police work procedurals, like Sehar, interesting. It’s a fascinating time for Hindi cinema because we’re starting to see actual genres take root – there’s still only a smattering of sci-fi, but crime based dramas are now routine, and comedies seem to feature more real humour. It is also an exciting time because there is a new breed of directors (Anurag Kashyap, Dibakar Banerjee,Rajat Kapoor, Vikramaditya Motwane to name a few) who think out-of-the-box, and courtesy them we get world-class cinema.

Q6. You review both Hindi and English movies. Do you find that there is a difference in the way you look at them/critique them?

I hold both Hindi and English films at a high standard – they’ve got to be interesting and well-made. While critiquing Hindi films, you’ve got to understand that they come with a lot of cultural baggage – some negative and some positive – and I’m factoring that in, in my reviews. There’s some of that in English films too, but not as overt.

Q7. Could you give us some tips on getting better at reviewing movies? How does one go beyond just ‘liking’ or ‘disliking’ a movie?

When we instinctively like/dislike a film, that’s an overall projection of whether we liked the story, screenplay, acting, direction, dialogues, music, cinematography etc. There are many facets to film-making and I’ve gotten conscious of these, reviewing over the years. For a film to be “likeable” all of these factors have to done reasonably well – just good intentions aren’t enough. When I review I generally rate a film with my gut feeling and attempt to break it down via the above parameters. Likes/dislikes are subjective, so the idea is not to over-think it, but just provide enough information so that a potential movie-watcher can make up his/her mind as to whether to see the film. Of course the really bad ones, I will warn against. 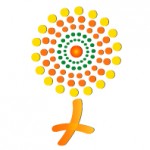 SME Owners: An Opportunity To Be Recognised

Choice Is A Loaded Word