Domestic Abuse And The Immigrant Woman

Indian immigrant women in the US are often heavily dependant on spouses and have nowhere to go in the case of domestic violence. 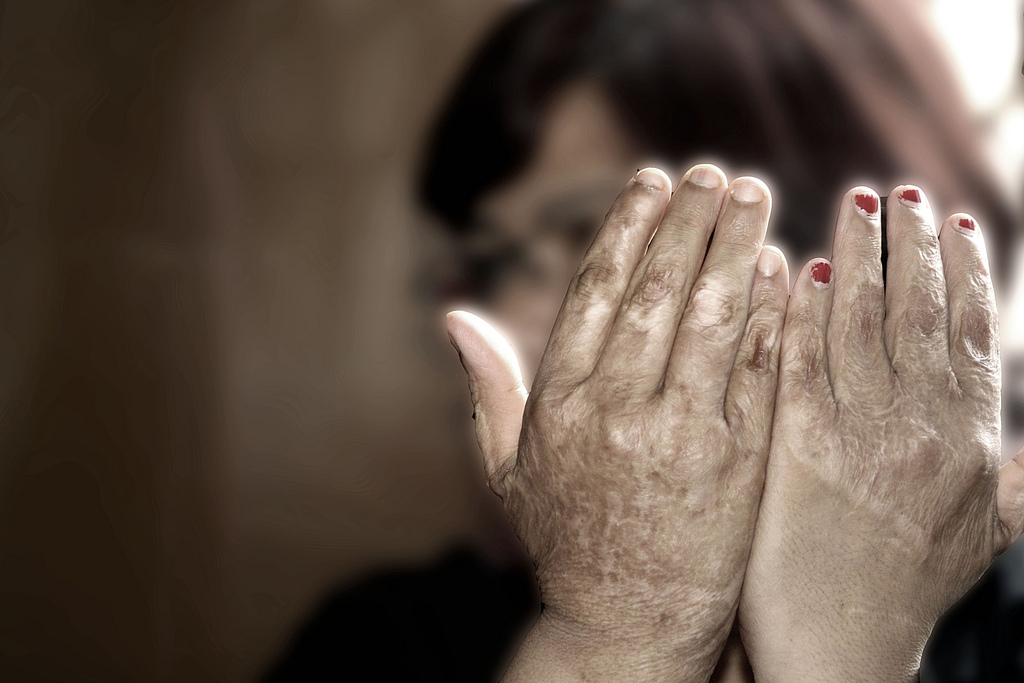 Indian immigrant women in the US are often heavily dependent on spouses and have nowhere to go in the case of domestic violence.

She was as bold as they come. Eight years ago, with nothing more than a couple of thousand dollars to her name and her sacred I-20, she landed all alone in the US, found herself an apartment, earned herself a degree and established herself a career. She did this all with the spunk that other women had often envied and elders in her Indian family  often reproached her for. She grew leaps and bounds on her corporate ladder and people said she was bound places. She found the man of her dreams and with their families’ whole hearted approval, they tied the knot.

A couple of months into the marriage, he was late coming home. They had dinner plans but she wasn’t too worried. “Maybe some last minute hiccup at work,” she thought. When she heard the door open, instead of his sure firm tread, she heard him weaving his way in unsteadily. “Is he drunk?” she wondered. Before she could even open her mouth, the blow landed from nowhere, cutting her lip and instantly drawing blood. The blows did not stop – she was too surprised to resist. He passed out on the couch, she on the bed. The next day, he was apologetic and she forgave him.

The beatings did not stop. She continued to make excuses for him and invested in heavier makeup to conceal the bruises. No one at work suspected anything. A few of us knew and tried to get help but organizations that work with abused women were firm that she needed to come forward on her own. She never did – she continued to believe that things would change – that her life would go back to being the fairy tale it once seemed.

One day, however, he smashed her head into the mirror. She needed stitches. The doctors tried to get her to talk to them but she refused. She had however reached the end of her rope and she called her parents inIndia. Her parents immediately flew in, not 24 hours later.  I wonder what they felt like, looking at their youngest, their golden child, stitches in her forehead, one eye almost drooping shut and the other in varying hues of purple and green, lips swollen and cheeks bruised.  Dad gently sat her on the couch and Mom rubbed her back soothingly. They were here. They would make everything all right. She would be okay – her parents were here.

“Beta, don’t make any hasty decisions – he is a good boy and from a good family. Men sometimes do these things. He might have had a bit too much to drink  – happens to all of us sometimes. I am sure that he cares for you deeply – you yourself said that he has apologized to you. Doesn’t that show you how much he cares for you? These things are common between a husband and wife” And so on, in that vein.

She was confused, even blaming herself for making a mountain out of a molehill. It took her another year, no small amount of introspection, lots of prodding from well meaning friends and counter prodding from well meaning relatives before she put her foot down and filed for divorce. There was a re-conciliation when his parents arrived – he stopped drinking, he stopped the hitting. She fell into her old trap and returned. Not two days after his parents left he started beating her again. When she walked out again, parents and relatives asked her to move back to Indiaand live with her husband – in Indiawith his parents. They said it appeared he was lonely, theUS has no support structure(!) and his wife was working, so he probably felt neglected and was taking it out on her in a misguided manner (!). They said the fact that he didn’t drink and didn’t beat her when his parents were around was proof of  that!

Thankfully, at that point, her innate sense of self preservation took over. She walked out, never to return. She could not shake off the guilt that it was somehow her fault for not making it stick– her family and his family subtly reinforced this every time they saw her until finally she stopped calling them. Mercifully, her job meant that she was financially comfortable and the counseling helped her tremendously.

I followed this story unfold from the sidelines – she was a friend of a friend, there was not a lot many of us could do save for providing the occasional listening shoulder. In my mind though, the chips were stacked in her favor to leave him.Financially, she was well off on her own steam, she had confidence and years of experience living on her own in this country. She will be okay even if it takes time, but I cannot help but think of other immigrant women who are in similar abusive situations and do not have the odds working for them.

First off, I wonder what it must be like arriving in a strange country with an almost stranger that your parents decided was right for you, no money to call your own, no mobility, no friends around you except those he calls friends. Then the man on whom you are dependant on so obviously in a way you wouldn’t have been back home turns around and starts hitting you – how much more courage it would take for a woman in this situation to turn her back on her husband!

Domestic violence is common the world over, it happens outside India, it happens in India. Dealing with this in India has it’s own set of problems from a cultural standpoint and at least half the people a woman confides in will expect her to “suck it up and stick to the marriage.” Being in a foreign country is a challenge all by itself. The telephone makes it a lot harder to pour out your problems to relatives back home and even if a woman did, the complete gravity of the situation may not get through and even if that did, she may still run the risk of getting through to a “stick it out, no divorce” minded individual.

There are tons of resources available but a woman new to the country may not be in a position to access these right away.  What then is the right way for agencies to sensitize women to such support groups? I cannot imagine giving girls just getting married information along these lines as surely, everyone wants to start their marriage with happy thoughts and I can imagine the furore it would cause amongst family elders if literature with information for abuse support was passed on to a newly married girl! Maybe when a woman gets her visa, she may be passed literature on where she can go for different situations such as these?  Food for thought, surely…