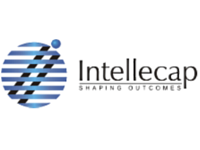 Intellecap is a pioneer in providing innovative business solutions that help build and scale profitable and sustainable enterprises dedicated to social and environmental change.

Founded in 2002, Intellecap has grown into a Group with more than 600 employees and 300 engagements across 25 countries around the world.

The Group creates a holistic ecosystem to amplify the impact that businesses can deliver.

View All
How To Become A Data Scientist In India
Divorce Rights For Married Women In India - Legal Rights 101 With YourInstaLawyer
No More Guilt: Exploring The Ways In Which You Can Shed Mother's Guilt
Steps To Landing Your First Writing Job - Want To Be A Content Writer?
What Are The Essentials Of Being A Good Content Writer?
Women At VMware - Meet Ipsita, Inside Sales Representative At VMware India
Load More Related Articles